On a more serious note: it looks amazing. Can you only have motion controls after taking the hands away from the sticks or can you do it like it happens in BoTW, where there is a kind of a mix between the two?

Since its using Dolphin for the emulation you should be able to set it up that way if you like.

That feature seems to be arriving soon officially (according to The Phawx). His Windows workaround is just a preview.

Nice plugin to get control over the number of threads and CPU clock speed: 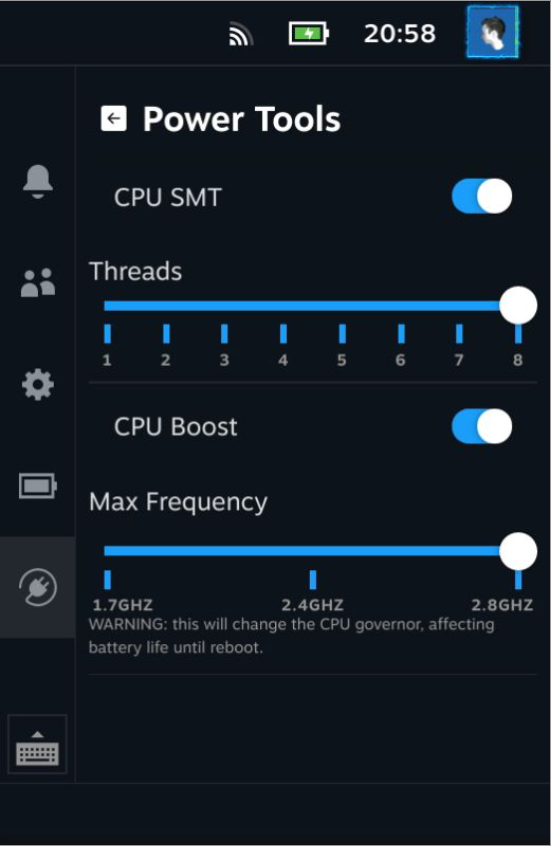 How well does that work?

The new fan profile is insane!

Kinda wish you didn't sell that Deck you had, since Alex's settings + new fan curve made that annoying sound practically vanish.

Yea I didn't think they would be able to fix it using software since the fan noise is a hardware problem. But apparently they had enough thermal headroom where you can play Crysis at 30fps and have the system be silent. Of course, I didn't want to bet on there being a fix in the future because as the rule of tech goes, you gotta judge the device as it is when you get it and not hope that a solution in the future will fix the problems. There have been too many burns in the industry for that.

But this is very good news for next time as Valve is building a reputation of listening to their customers and delivering insane amount of software updates and fixes in a very short amount of time. A trait that console manufacturers should learn.

From our very own @trunkswd: