Forums - Gaming Discussion - The Kingdom Hearts Franchise is coming over to PC!

If this were Final Fantasy I'd be pissed, luckily we've already got that on Steam and Kingdom Hearts doesn't really appeal to me so... meh.

Literally the source you posted... (well the original link, rather than the one that removed some stuff).

That equates to an average of $1.65 spent per customer per year on third party games. That's pathetically low. That epic games store fact sheet just shows that fortnite is doing incredibly well, but all the other games that they're paying to keep off other stores aren't doing so well (unless they're literally given away for free).

It's low, but not insignificant.

Steam didn't become the juggernaut it is overnight. It took many years to become what it is today(and zero competition). Epic Store became serious about becoming a contender for an actual storefront since 2019, and since then, it has been growing year over year.

If I'm not mistaken, 90% of the third party sales in 2019 were from the timed exclusives that EGS had. It should be safe to assume that most of the thrid party sales are also from the exclusives, so it's obvious that Epic would continue with this strategy, and it"s not like the devs making those deals are complaining about the sales(and the extra money from the exclusivity deal).

But more than that, EPG still has few games. According to the numbers, it has a little more than 400 games on it, while Steam has a stupid ammount of them, tens of thousands of them. That coupled with the far bigger popularity of Steam due to it being a far older store, it's obvious that the sales would dwarf in comparison. But give them a couple of years, and the figures will be quite different.

As is tradition. Looks like it makes a lot of sense to release on EGS. You get the better cut and a bonus from Epic on top. PC gamers get their games and Steam loses a bit of market share. It's a win win win win for everyone.

I don't think you wanted to ask with a source, if the second bolded is what you're really looking to say.

Again, all I see here is SE being greedy with the cost cutting (the fact the other KH was made using unreal, meaning less tax from Epic+the 12% tax+The exclusivity bribe), and you know they threw hissy fits when Tomb Raider didn't reach sales profit expectations, so this absolutely fits in line with why they went with Epic, and not everywhere else (because everyone else charges 30%, doesn't have a tax reduction for using unreal, and Valve/GoG don't do bribes for exclusivity, and MS is indifferent so far on PC).

Who said it's coming to Steam later?. There's been no info even saying it will, let alone FFR. At this point I can easily see FFR being yet another EGS, with no Steam release date.

People are still waiting for Ubi's exclusivity deals to finish, yet they still haven't. Same goes for games like WWZ, still EGS exclusive, and still not on Steam/GoG.

I'd be happy if every PC gamer got the chance, willingly, instead of having a forced hand. The actual option to buy from any store of your choosing is far better than having to play on a crappy store, run by a selfish, decrepit, childish old man. It's a win-win, when customers actually get catered to, not a select few who put up with garbage clients and garbage practices.

Sometimes I think you want the market destroyed for some weird, twisted reason. 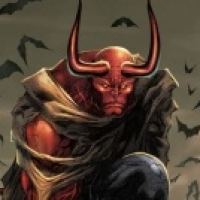 This is great news. Always wanted to play this series of games.

Wow Finally, i knew it and called it YEEAARRRSSSS ago!. Except back then the was no EGS. Oh well still happy since i use the EGS store anyways. But it wont be a day 1 atm will wait for the Epic sales and the 10 off coupons.

Oh well guess its going to be a long wait before i buy them at that price. So unless they end up coming to Gamepass or Release an all in one bundle i think ill be looking for my wooden leg, hat and parrot.

£190 for the Kingdom Hearts collection. I guess we can blame Gabe Newel for making Square-Enix price these at £50 each on the Epic Store.