Forums - Gaming Discussion - What would happen/need to happen if/for the Switch became the dominant platform?

Well, just look at the 7th generation of consoles. During that gen, especially early on, the Wii was clearly the dominant console. It was still ignored, though 3rd party publishers did at least release watered down versions of their games for the Wii.

So if the Switch (or Switch 2) become dominant, expect watered down ports of various PS5/Xbox Series games that run terribly, or spinoffs of some kind. Though then again even that would be unlikely.

The only way for Nintendo to be the "preferred" platform for 3rd party publishers would require them to stop with their current design philosophy and go back to making powerful consoles, on par with PS5 and Xbox Series

NS can't even keep up with base Xbox One performance, so nope. AA/AAA game publishers won't limit their scope for their games that when they're mostly moving onto new engines. We've already seen what happens when third party publishers spread themselves too thin (Cyberpunk comes to mind).

Third parties will stick with tried and tested platforms. Sales will be always be the main factor thus the PC/PS5 and Xbox will remain the lead platforms.

Well I think 3rd parties would be happy because they could cut development costs by primarily making the games for weaker devices with some upscaled benefits (on the cheap) for Xbox/PS. Right now they produce very expensive games for those two and then dumb them down for Switch, but do it backwards and they now spend less to develop the games. The only people that would be bothered are the 1% of gamers that care about water reflections looking pretty.

The Xbox 360 was beaten by the Playstation 3 in terms of power.
Power is only part of the equation however.

It's actually rather expensive to innovate and invent new methods to make lower-end hardware truly shine visually... Often artists go back and "bake" details like lighting, shadowing or other micro-detailing into the art work, which can take significant development time and resources... But has the added benefit of no extra hardware overhead like dynamic details.

Just because your platform has more performance, doesn't mean it's lengthier or more expensive to develop for, often many new rendering techniques actually saves development time... Case in point, Tessellation where you can use that technique to automate geometric complexity of models rather than having artists/programmers do the entire work then optimizing the entire pipeline.

An example was Ori and the Will of the Wisps... The developers had to go back to the game and completely overhaul the entire rendering pipeline to make the game more efficient for the Switch, which took months of development time and testing.
They of-course forwarded those optimizations to the Xbox version of course, but it wasn't necessary as the Xbox could brute force it all.

Here is the thing about Switch.  It is actually a great platform for Indies and small/medium sized devs.  Going from Gen 6 to Gen 8 a lot of these devs went out of business.  That is the kind of result you get when Sony and Microsoft platforms become the standard for third party games.  It's because the most powerful systems are best suited to the highest budget games.  Smaller studios have to up their budgets on more powerful platforms, and if they don't sell enough then they go out of business.  At the same time large studios get great sales, because they have less competition from smaller studios.  There are fewer games made each generation and the biggest budget games gobble up lots of the sales.

So with Switch being the dominant platform the opposite is true.  This scenario is better for Indie/small/medium sized studios but bad for AAA developers.  The smaller studios are happy to make games for a platform like Switch, because there is a more level playing field.  They can compete more on design instead of budget.  AAA studios are not going to want to make Switch their main platform, but some may be more open to it simply because they don't want to get burned if the other systems don't sell enough.  Other large studios will bet it all on Sony/Microsoft platforms because they simply don't want Nintendo to succeed.  (It's really not in their best interest for Nintendo to succeed.)  If Sony/Microsoft don't sell enough systems then these larger studios lose a lot of money and shrink or maybe even go out of business if they are really unlucky.

So the question isn't really about what third parties, as a whole, will do.  The question is more about "which third parties?"  I personally prefer a platform that supports small and medium size studios, because this is where innovative games tend to come from.  I personally find most big budget games to be boring and overrated.  Over the past couple of generations we've seen a decrease in innovation from third party studios, but I expect that to increase again now that the Switch is so popular.  AAA games might also decrease in popularity as a result, assuming Sony/Microsoft don't sell as many systems this time around.

If by dominant you mean most popular then the Switch IS the dominant console. It was the best selling console in 2019,2020 and I believe will be again in 2021.

I'm currently playing Ghost of Tsushima an it's such a beautiful game, I push constantly on the photo button but to be honest, ultimately, playing the game (i.e. moving even if it's just riding through the scenery) you will not notice if the shadows are dynamic or have a high resolution or if the light reflections are on high or just medium quality. I don't even see a significant difference between 4k and 1080p (I play it on both kinds of TV's). The little details are indeed only for the 1% that care about it (unfortunately, they are also the loudest on internet).

And to round it out, personally, I don't feel that The Legend of Zelda: Breath of the Wild is an uglier game than Ghost of Tsushima. Surely, technically it's much uglier but from an artistic point of view and how I perceive the game (with my eyes), it's not uglier, it just has a different graphic style. 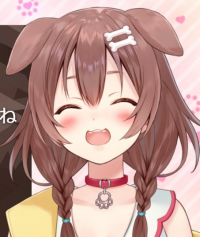 The main platform is a PC, so nothing will change.