Forums - Microsoft Discussion - To celebrate Xbox Series X, I am going to play through the entire GoW franchise for the first time, and in chronological order (Current Game: Gears 5)

My problem with Judgment and Gears 4 was there story. They play/look great. I just need the story to motivate me. I'm gonna try to finish Judgement today, as well.

Finished Judgement this morning. Solid game, a good 7 out of 10 imho. Nice boss fight to end it. Didn't care much for the story. Loomis was too much of a dick to seem plausible. You don't really get any connection to the main boss. Which, apparently he was in comics, but I'm not reading comics.

Booted Tactics up on the SX, it looks even better than it did on PC. I accidentally downed my own partner in the first mission and then he got mauled into pieces by an enemy, which I got an achievement for. I think I accidentally played through the PC version on an easy setting, now I am playing one notch below the hardest setting. And I am playing the Jacked mode with Jack and new types of equipment.

Apparently I was wrong in RAAM's Shadow, it's not the bonus content in Judgement, it's DLC from Gears 3, so I will buy it and play it after Tactics. Aftermath is included with Judgement but happens after Gears 3.

I was wondering! I know I finished Raam's Shadow but I've never finished Judgment. I think there is some story DLC for Judgment that's supposed to be good (can't remember for sure) but I've never gotten to it.

With that said, I think you'd enjoy the series more of you played it in order of release but hey, it's your playthrough. 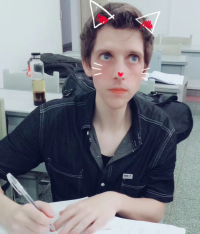 This makes me sad, I only have Gears of War 4. I bought the ultimate collection before heading back to China. But I cannot add the keys to my account to download. That means no gears 1-3 or judgment :( No idea when I will be back in the States.

Aftermath takes place like 3/4 in Gears 3. Raam's DLC is before Gears of war 1.

It made more sense imho to play Halo in chronological order because there is a bigger emphasis on story and lore but there doesn’t seem to be much of that in Gears from my experience. But I’ll still go ahead and do it in order.

Playing Gears out of order woudn't work, but then again I like gears story so I care about what's happening, who the characters are.. etc

Judgement and Tactics are not so story related but the lore they have interesting.  in my opinion books/comics are also better :p.

I will mark this thread for future references. I used to realy like gears back in 360 era, the idea of playing all gears in chronological order is very tempting, and gamepass make this very possible.

Haven't had much time to play, but I finally beat Act 1 of Tactics. I must have beat it on easy on PC, the game is so much harder now and you actually need uh, tactics to win. There is a scout you get early in the game on your first rescue mission and she's added to your roster. She was my favorite character on PC, was happy to see it was set up the same in the console version. But she's an expendable extra character, not a main character. In the boss fight to end Act 1 I had to sacrifice her to be able to win, because she'd went down twice fighting my way to the end, so any time she got downed again meant instant death. I'd much rather sacrifice Sid's bitch ass.

Jack seems like he'll make the last fights much easier once you level him up enough. I do hate how Sid or Mikayla have some stupid line any time he quotes. Yes, I'm quoting him, I get it. So far I can see it having the same big problem I had on PC, there doesn't seem to be much reason to ever keep more 2-3 extra people in your roster, because you don't really need them and there aren't enough missions and side missions to level everyone up.