Forums - Gaming Discussion - What are your gaming habits?

I barely game alone, I play online with different people from my past who moved out of easy travelling distance ( CoD, Apex, the crew etc. ), or usually during the weekends old splitscreen stuff ( mario kart, smash, halo, cod).
I dont have the patience for storydriven shit anymore i loved mass effect/DA like gameplay, but andromeda solidified this feeling for me, which was later on confirmed with detroit become human ( some of you may know me well enough to remember another game). Strangely enough Darksiders 3 i went all-in for probably because im a simp for Fury.
AC lost me after part 2 a short return due to the boats in 4 made me return for gameplay changes

I typically play for 30-60 mins Monday through Saturday mornings, before my son wakes up. On Saturday night, I'll often play for 1-4 hours, after the wife and kid go to sleep. Occasionally (especially when I'm into a Switch game, since I can play anywhere in handheld mode), I'll play another 30-60 minutes in the afternoon or evening, as time and circumstances permit. I own PS4 Pro, Switch, and XBone.  I also have a capable gaming PC, but I don't really use it for gaming much. Since 2014, probably 40% of my total gaming time has been spent playing Destiny, then Destiny 2.  Since I play shooters mostly on XB (I prefer the controller), probably 60% of my gaming is done on XB (Gamepass also contributes to that). I enjoy FPSs, platformers, western RPGs, and an occasional race or two in Forza, but I will sometimes play games in other genres. I mostly play single player, but do occasionally play some PVP in Destiny, and will often play a little bit of the PVP in any FPS that I'm into. I used to do a fair amount of co-op Destiny. Since my son was born 20 months ago, co-op gaming has become much less frequent. In the past, I enjoyed local multiplayer games, and grew up in a house full of gamers that often played together. That just doesn't work now, because we all live separately, and my siblings don't play as.much anymore.

I probably spend as much time on this site, or reading gaming news elsewhere, as I do actually playing games.

Mines changed over the years.

Usually I'd play any game for a good 4-5 hrs, but these days it's about an hr or two a day, and it's usually just one game. Currently I'm trying to get through Terminator Resistance.

During the weekends I'm actually more for less game time and more time talking to art friends and watching old shows. I guess the older I get, the less I game. Though I do still play Animal Crossing or SNES games every day for a few minutes. 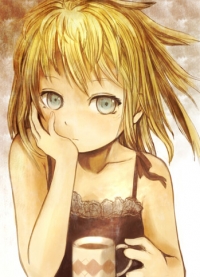 The Playstation 4 pro is my main console.
I don't play multiplayet games, I do like rpg's and the first party Sony singleplayer games.

I do also have a Switch to play some rpg's. I've clocked more hours playing the Switch more in handheld mode

My habits are quite hectic due to my ever changing schedule with my sport usually though when I get into habits, I usually go for 1-3
hours session on weekdays. During the weekend, things can get quite loaded but sometimes I can easily engross myself for about 5-10 hours in a session.

The type of games I play is actually quite varied, but I mostly go for Adventure(Including Visual Novels), RPG and Arcade type of games. Oh, platformers are obviously part of it too duh. Can't avoid those on Switch that's for sure !
Switch is obviously my main go-to console machine but I occasionally go on Steam and play some games on my PC too.

I'm single player focused and when I play online, it's for cooperative play .... Unless it is a tennis game we're talking here, I'll wipe the floor with y'all in that case !!

PS4 and Switch get equal use. I usually use the Switch in Tabletop mode/handheld mode most, works better for us half blind folks lol. PS4 still gets plenty of use for games Switch hasn't ported, or if I feel like playing on TV. I play a lot of different games, I've found myself playing alot of Online multiplayer like Apex, Paladins, and Spellbreak. Still have some exclusives in my back log like HZD, and God of War.

I play in my bedroom. That's how it has usually been. But I'm moving out soon and gaming will be in the living room for the foreseeable future.
I play almost exclusively on PS4 and Switch, though I have older hardware too. I can do some non-demanding gaming on my laptop, but I don't like it as much as console gaming. Thus, I've only played for about an hour or two since 2018.
I don't really keep track of how many hours I play a week, since you can't do that on most platforms. But it's usually 10 on the lower end, and 28 on the higher end. There are even fluke weeks where I play 35 hours or more. And of course there are weeks where I only play a few hours.
I play overwhelmingly single-player, but occasional online multiplayer with random people or my friend list. Local co-op is relatively rare for me at the moment, only accounting to about a few hours a month.
I tend to play between 11 am-10pm.
I play Animal Crossing: New Horizons almost every day for 20 minutes to an hour.

Since going back to uni. Maybe 30 mins a day.

PS4 is my main and Switch my secondary. Play mostly in my bedroom. Around 1-1.5 hr during weekdays, inconsistent during weekends, sometimes I play all day, sometimes not at all depending on commitments. Sitting in a gaming chair, 40" tv. Whisky on the side, pondering why do people think Tobey McGuire was a good Spiderman at all. He was awful.

I've got a variety of platforms.  The one I am playing most right now is an arcade cabinet.  I converted an Arcade 1-up cabinet to be a 60-in-1 cabinet that plays arcade games from the early 80's (e.g. Pacman, etc...).  I still have some more tweaks to add, but it's already extremely fun.  I usually play in bursts of about 15 minutes, but I might do this 3-5 different times during the day.  It's so convenient and intense.  Very satisfying.

I've been playing games on a variety of retro systems for the past few years (Genesis, PS1/PS2/PS3).  I like to play these games on my PVM screen if they are RPG capable.  Recently I got an AVS system that plays NES games (and uses HDMI) .  I only have a few NES games so far, but I've been gravitating to short, intense arcade-like games still like Kung Fu or RC Pro Am.

If I have more time set aside to play a game, then I will play the Switch.  I like to play 3D games in handheld mode, but I play 2D games docked so I can use an arcade stick.  Sometimes I will play games with my family.  The type of game varies a lot, but it is always on the Switch.  Our favorite competitive game is Puyo Puyo Tetris, but we also play co-op games like Cuphead.  We also sometimes play an Adventure game together and take turns holding the controller, but we can all enjoy the story together.