When I said a handheld that´s not exactly what I had in mind..

Yes this is real and I want it 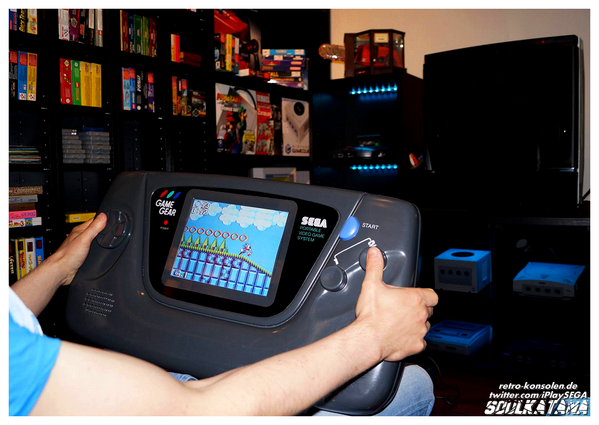 Update to the VGChartz article:

Sega has officially unveiled the Game Gear Mini. There are four color variations and each one includes four different games. It will launch in Japan on October 6th, the 30th anniversary of the release of the original handheld, with a price of 4,980 yen (~$46 USD).

The size of the Game Gear Mini is 80 mm wide x 43 mm high x 20 mm deep, which is less than 40 percent the size of the original Game Gear. The screen is about one inch in size.

View the announcement trailer below:

Here are the list of games included in each color variant:

More details on the mini. 4 colors, 4 different games per color. Each color costs about $46 in yen, buy all 4 colors and you get a magnifying glass accessory to help see the tiny screen 🤣

Seems this may be separate from the announce the journalist teased. Ahead of his article tomorrow, a new Sega touchscreen controller patent has surfaced. New handheld possibly?

I really hope you are right.

lol Wow, well this thread aged well. All that fud about MS buying Sega or partnerships and sales potential goes to Game Gear and Fog Arcades.

Hard pass on the Micro. 1in screen makes that thing a joke. I'm over here wishing the screens on my 3DS and Vita were bigger, not smaller.

Sad but told you so. They've been out of touch for so many years.