I was being sarcastic lol. I'm fully aware of their policy.

Square is making it? *sniffs deeply* I can smell the flop a mile away.

Don’t do what they did to kingdom hearts 3 please.

Is the story a reboot? How’s it going to work? I haven’t enjoyed the series since 2 was such a disappointment.

Really excited if true. KH has such a huge potential as a series, so much so that it boogles the mind they didn't do that before.

The only thing that worries me is what they will adapt/what the show will be about. Personally, I think the best bet is just to adapt the first game story, for the first season anyway.

And yet, half of the appeal of any KH game is the story and the characters.

A fact that for the life of me I don't get.

It's the same reason why some like more western games than eastern or vice versa:

Sometimes the "corny" nature of the writing and the story is what it makes so awesome, just as much as sometimes the "serious" or "realistic" approach to story and writing western games have are boring and uninspiring. At the very least, the focus KH has on friendship and love(that isn't sexual) is so refreashing compared to other games and media, in which if you love someone, you GOTTA want to bang it.

I like many characters in the Kingdom Hearts series but the plot outside the first game is a trainwreck, so I don't think I'd subscribe to Disney+ just to watch this. 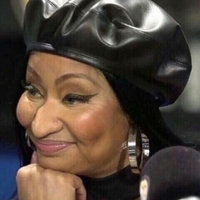