Elden Ring's 7 days increase streak is now over. What a run.

That's a really big fall for Power Pro Kun which only had 20-40% sellthrough its first week according to Famitsu. Big drop for Call of Duty as well.

Elden Ring broke its 7 day point streak just to go a new 3 day streak after. Why did you break the streak to begin with? 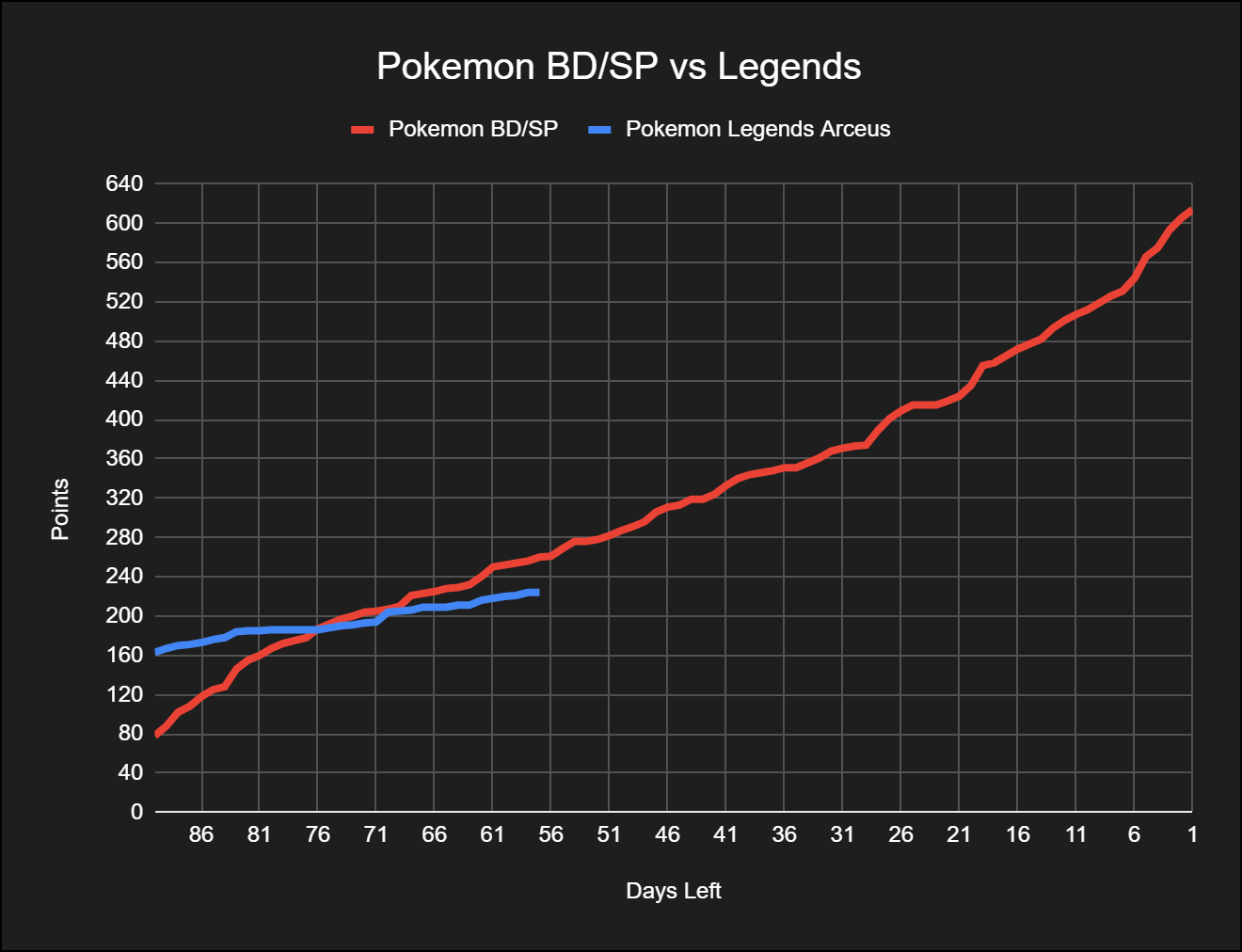 Pokemon Legends is going to be an interesting one to watch. I mean it's presumably the only new "mainline?/major?" pokemon game we're going to get for a while, it looks like a game that takes more effort to make than Sword/Shield and game freak aren't big enough to work on this and gen9 in any meaningful way at the same time.

I think a lot of it is going to come down to it's reception at launch.