Nothing from Digital Foundry yet. I'll update with DF's vid once that's up on their channel. But Gamexplain made a comparison video focusing on visuals and load times of the demo.

There's also this video highlighting Graphics Mode and FPS mode, which exists as an option on the PS4 models. 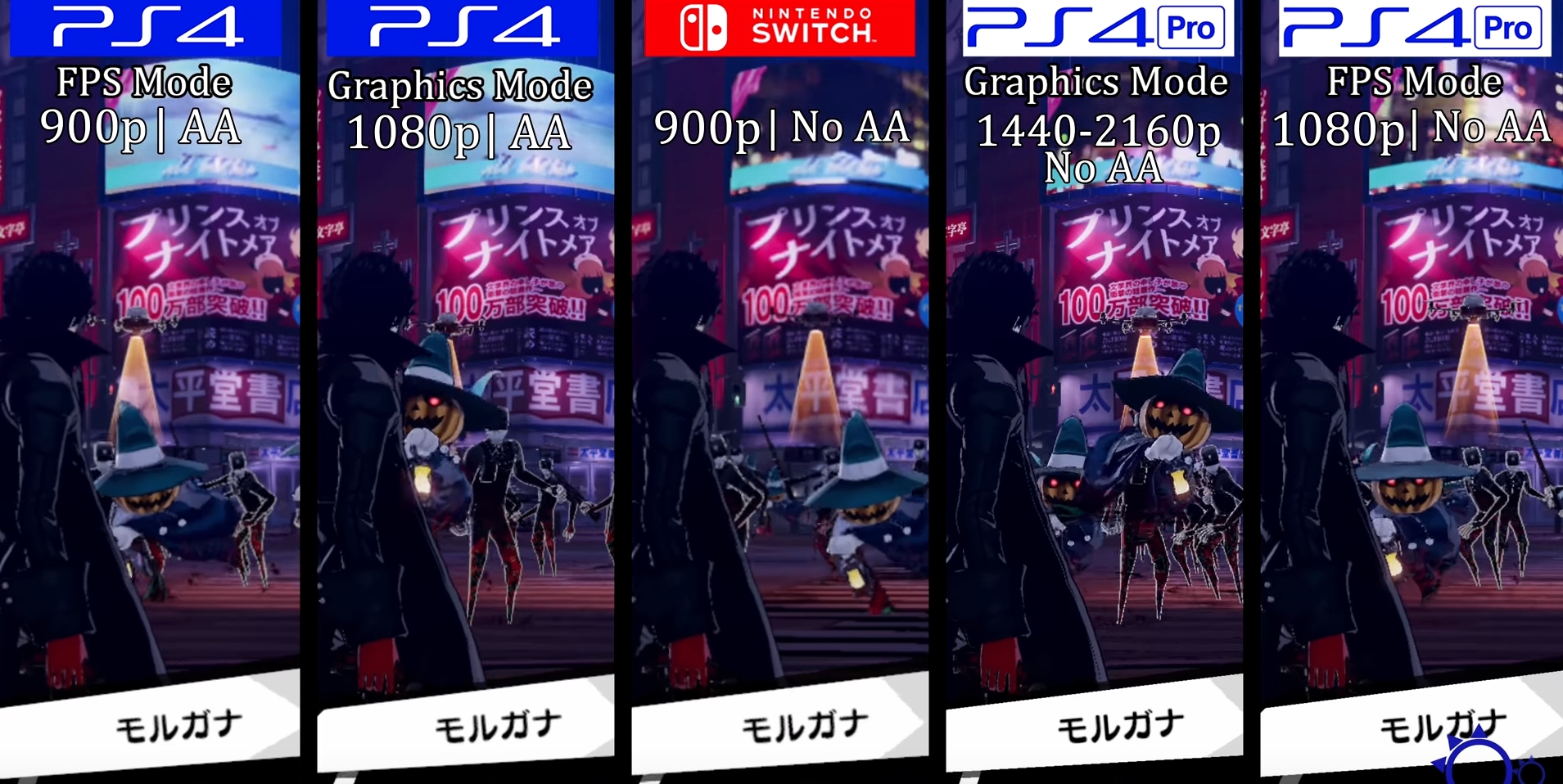 Switch and PS4 actually have the same resolution when in FPS mode on PS4. But Switch is missing Anti Aliasing. 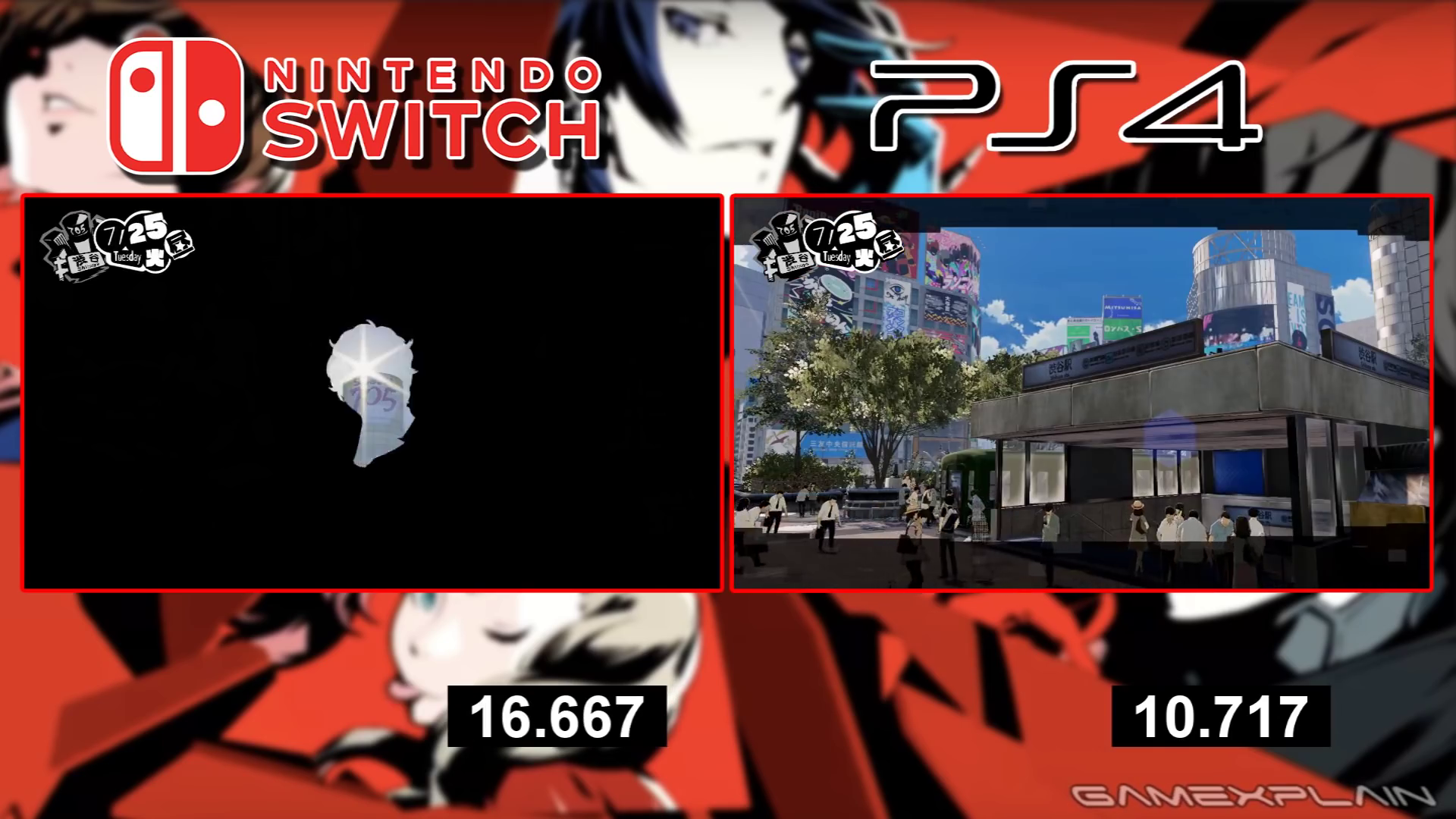 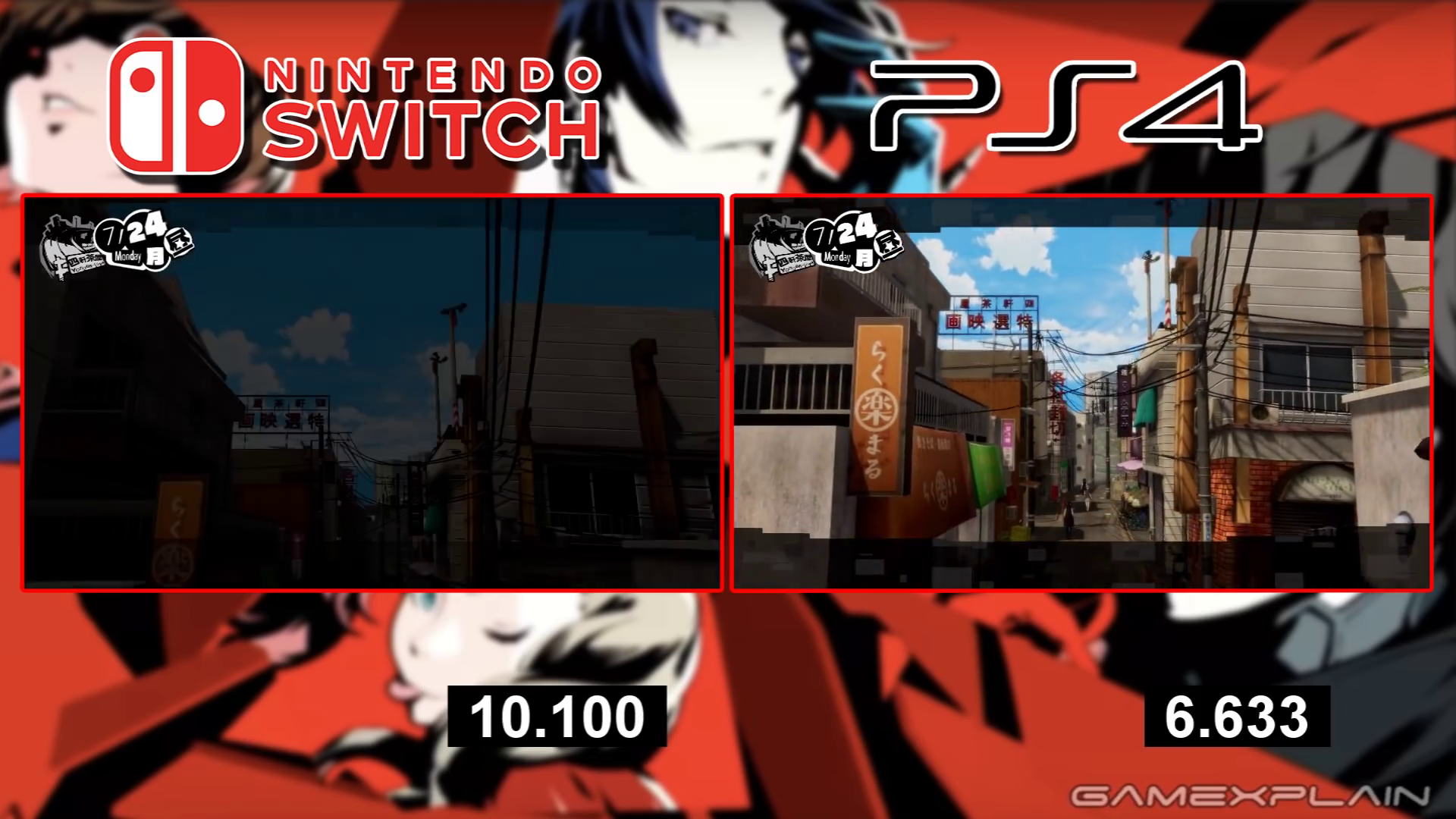 Load times are better on PS4, but neither version is good in that aspect.
Might be something Atlus can improve for launch, or patch after. 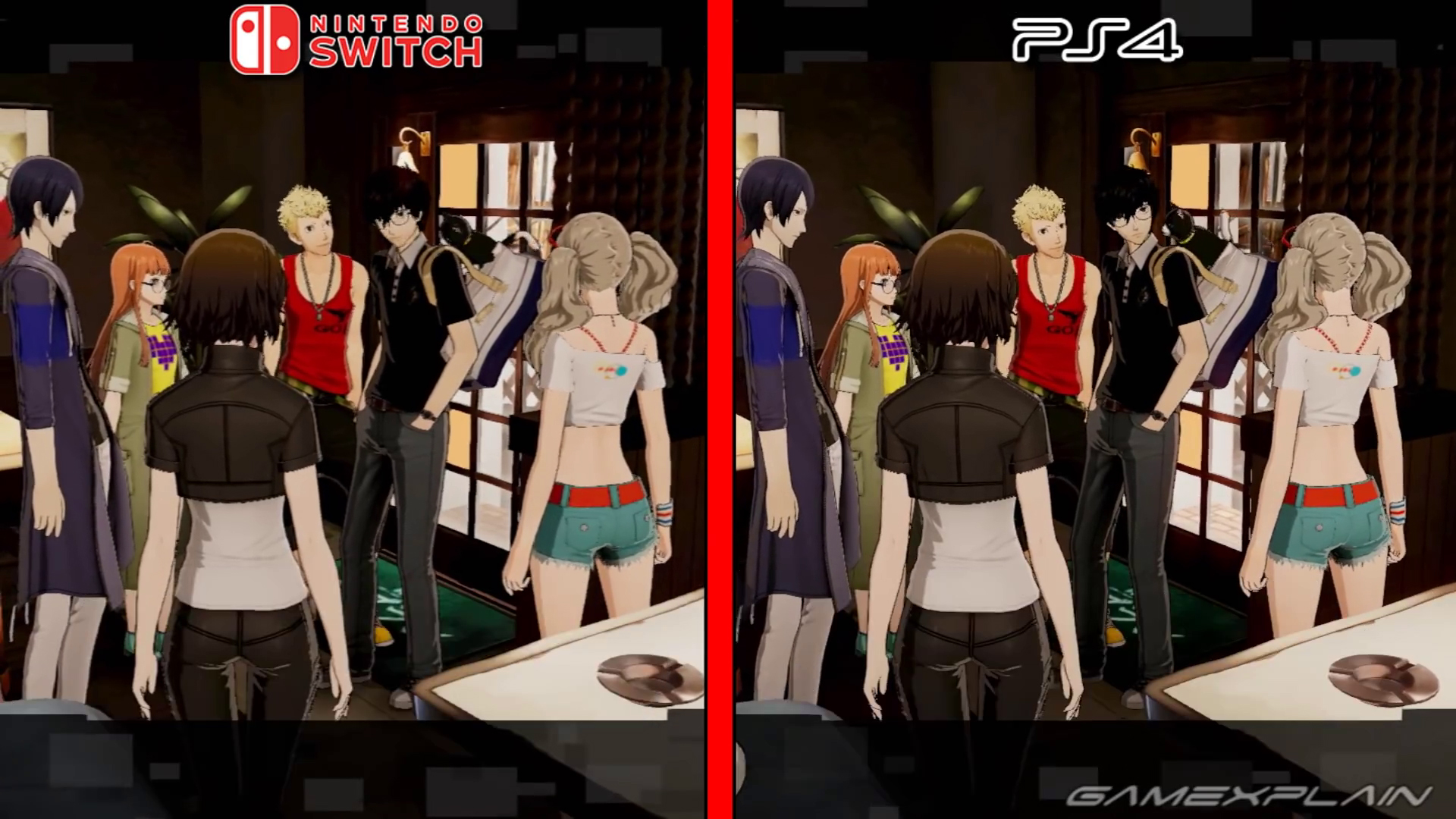 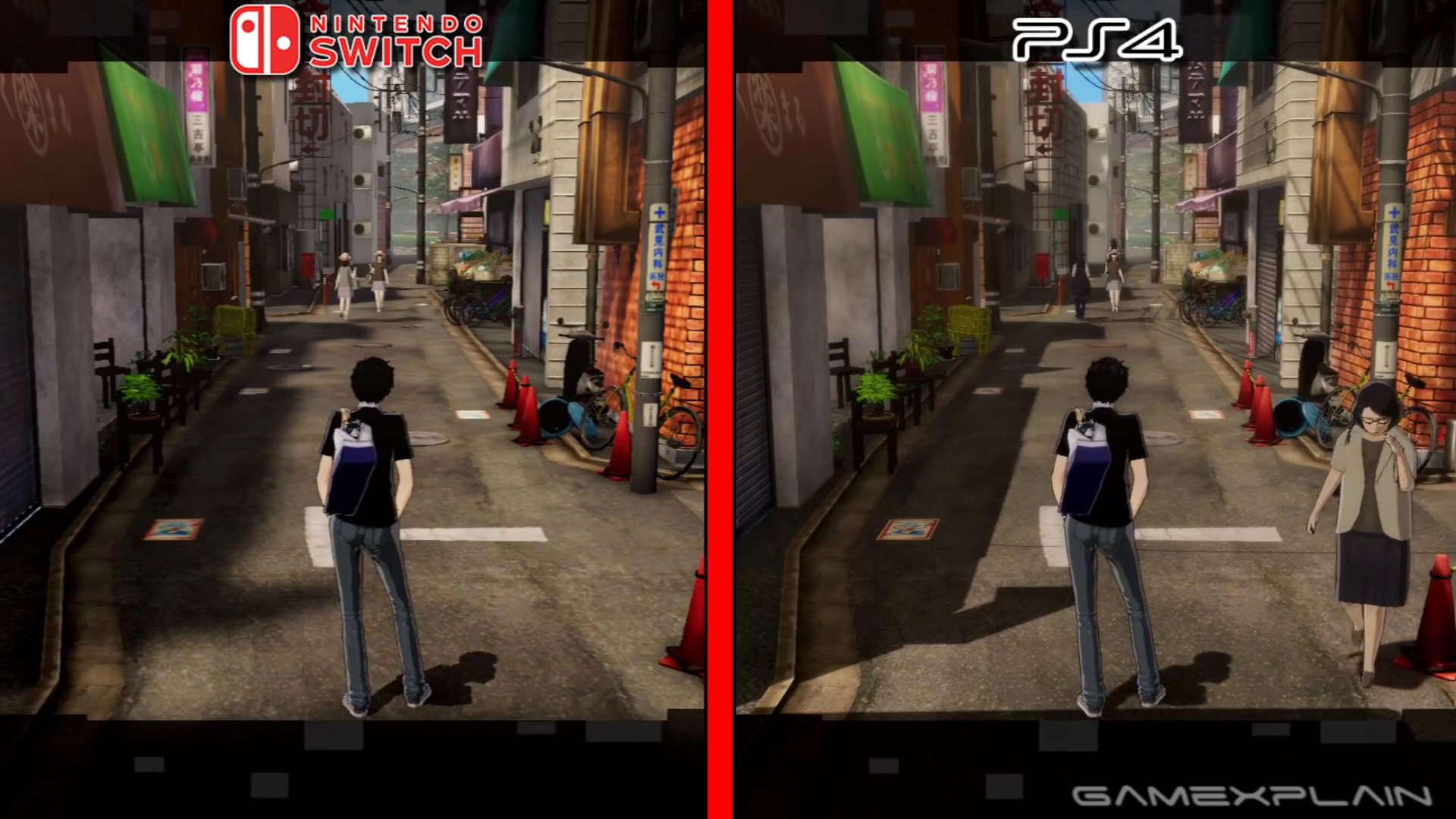 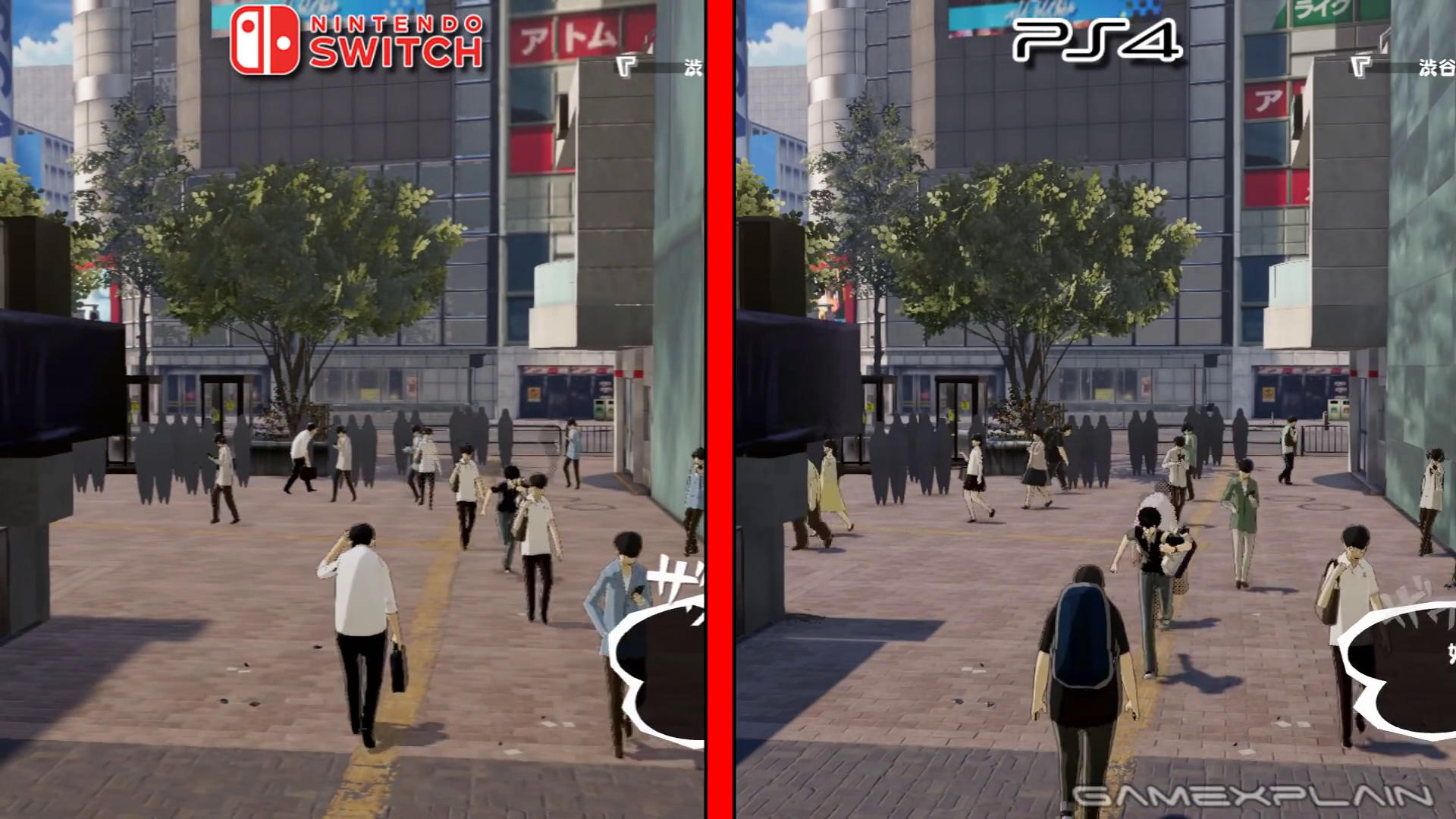 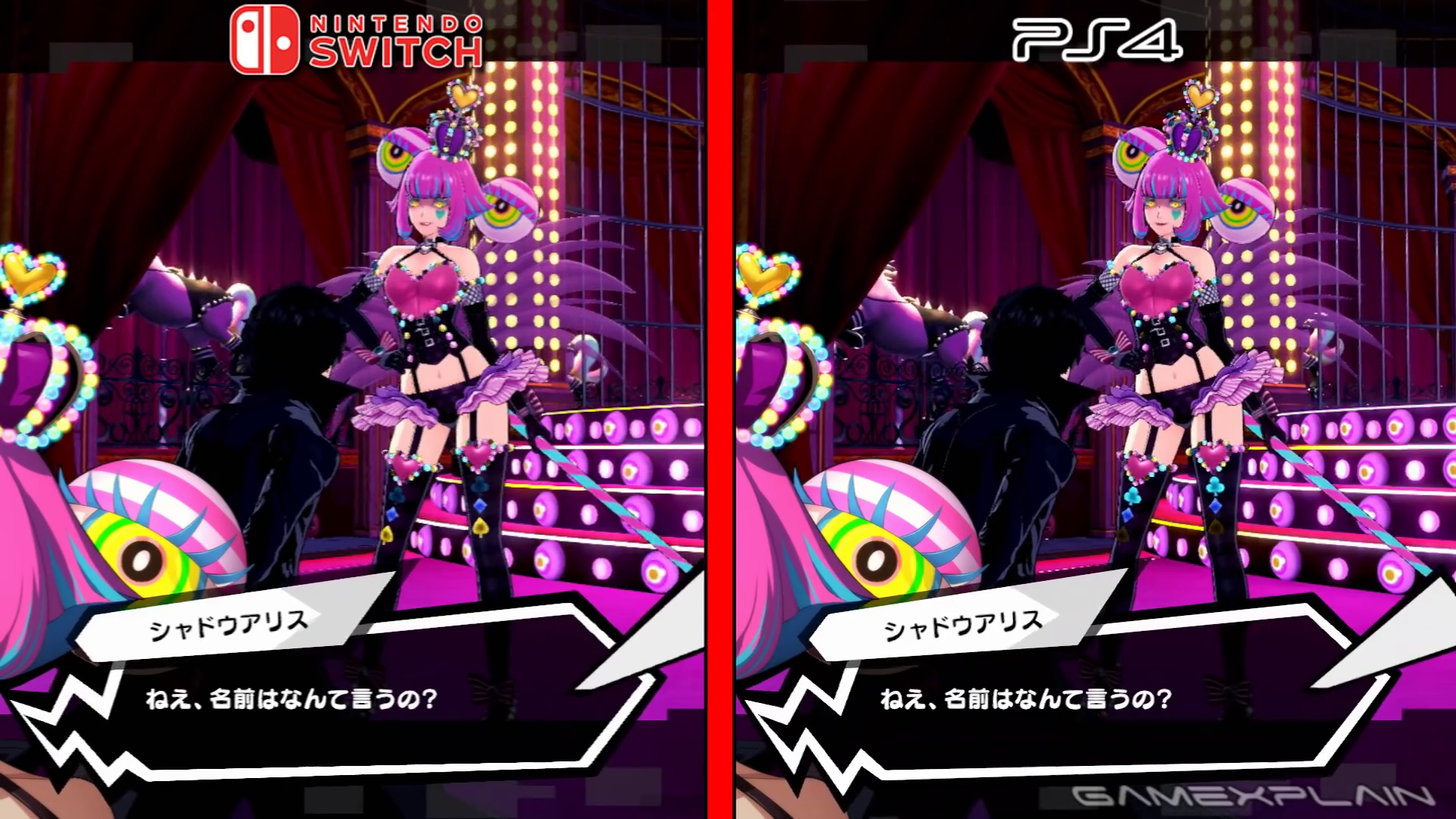 For visuals it appears to only be a resolution difference when PS4 is in Resolution Mode. 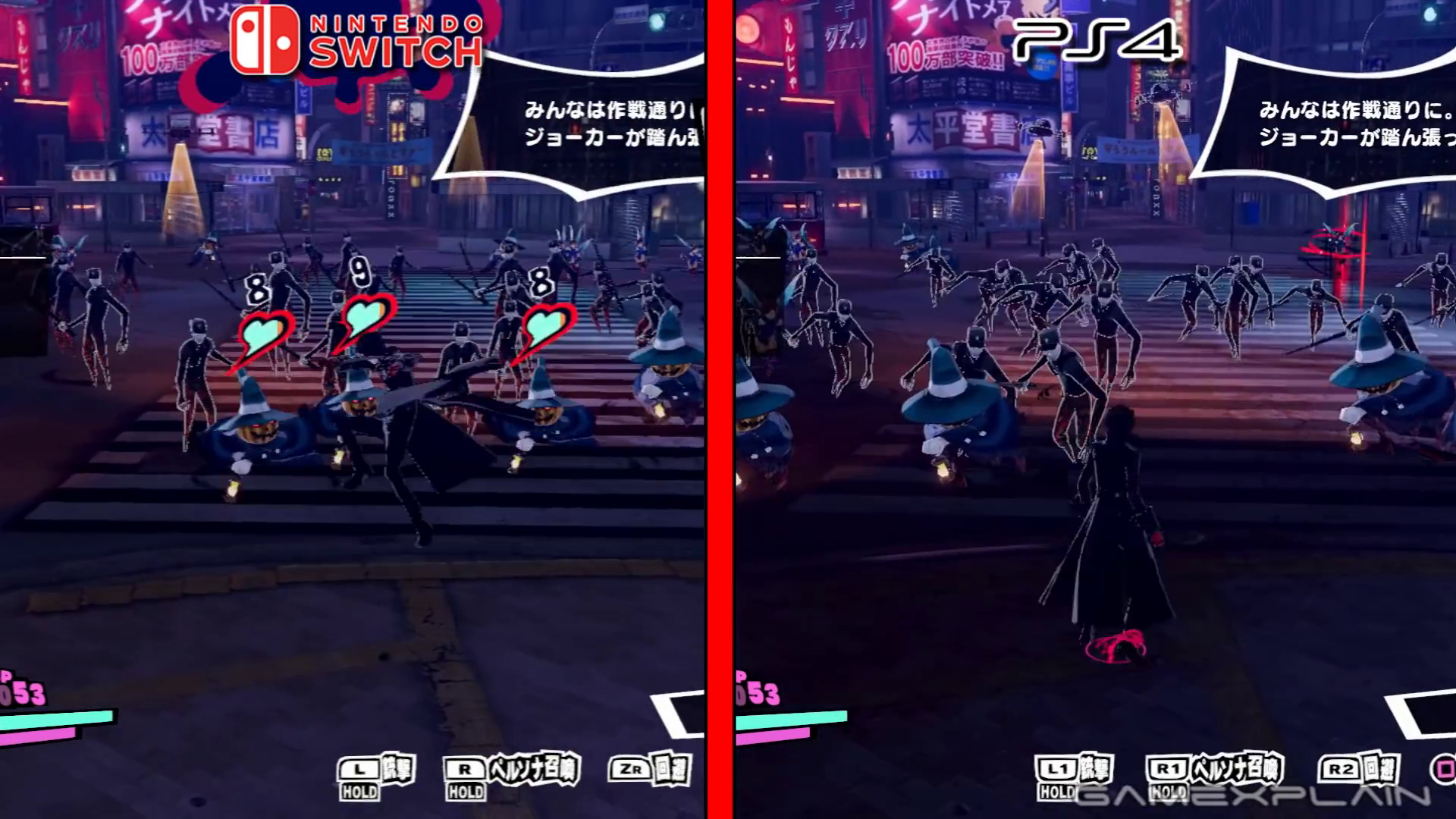 Number of enemies on screen appears to be similar/the same.

What the difference between Scramble and Royal?

What's the difference between a Motorcycle and a boat.  The answer is - pretty much everything. Even though they both take you somewhere.

Royal is Persona 5 + some stuff. Another character, some story etc.

Scramble is a Musou (think Hyrule warriors) with Persona 5 characters. Different story, combat, features. Everything is different except the characters.

Aside from the shadows looking cleaner, I'm not seeing much of a difference other than the framerate.

Royale is more or less a "definitive edition" of Persona 5.  Scramble is a Warriorsish spin off.

They both look great. But the switch version is portable, which fits very well with this kind of laid-back game.

I find it strange they remade the assets for Scramble rather than recycle them. Some things are different not just in lighting but just ae different entirely.

Scramble isn't a spinoff. It's a full-on Sequel and calling it a warriors game is a disservice. It's not really. Playing the demo,the warriors comparisons stop after groups of enemies at a time. It's not waves of them tho like a warriors game. Plus like Persona 5 this has stealth elements. Some light turn based elements. They pretty much just made a sequel to Persona 5 that is an ARPG.

No comparison of two games is going to be dead on, unless it's a blatand ripoff, but if you're trying to describe it to someone quickly Warriors is the best analogy.  Even if it has a new/continuing story, when the core of the gameplay isn't even really in the same genre, spin-off is apt.

I noticed that too. But they did that with the Persona 5 dancing game as well. 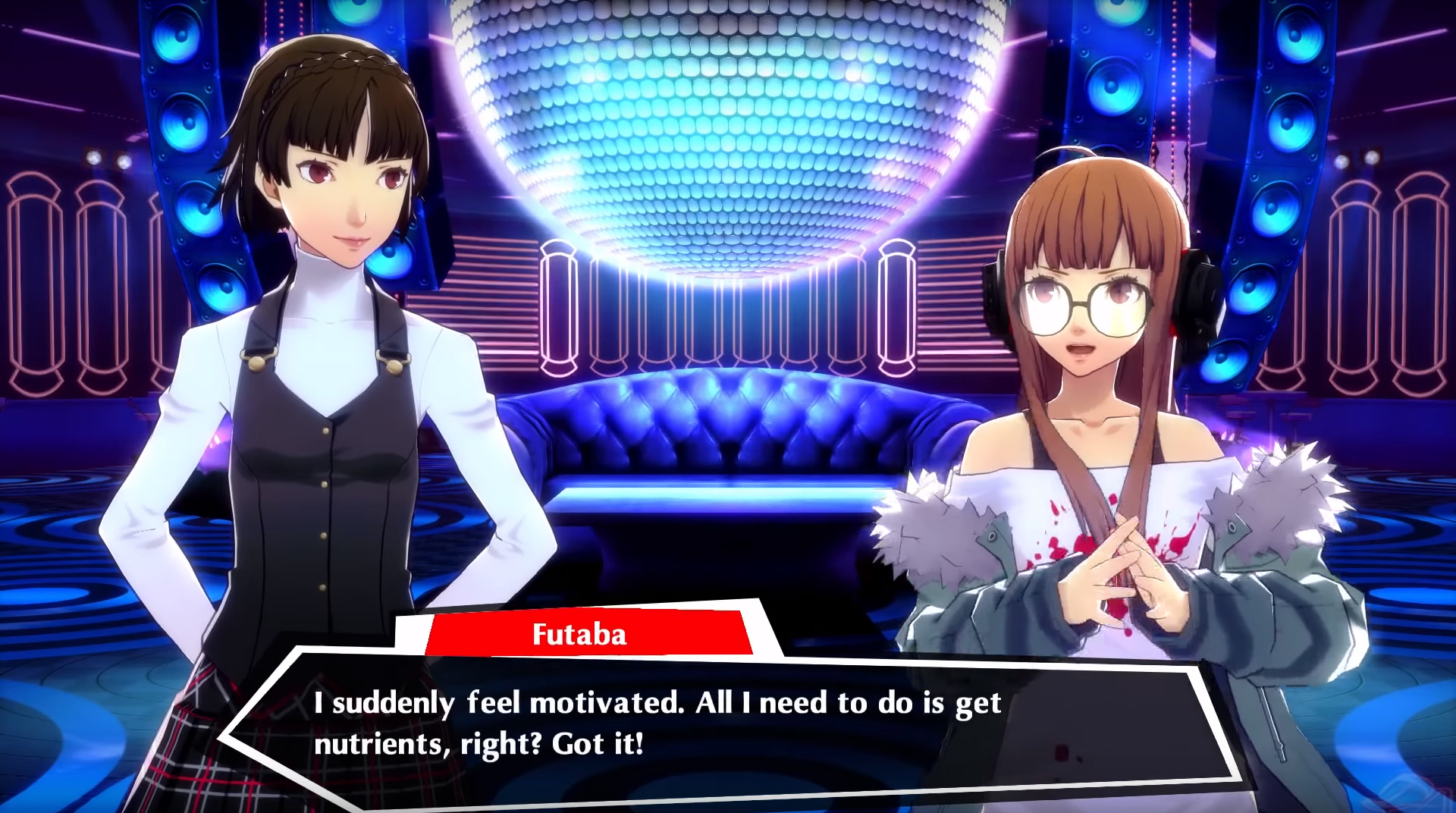 Very excited for this to come to the west.