Honestly? Surprised no one has jumped in to say he "didn't say that" and "it's been taken out of context" like what happens normally.

Light can penetrate tissue if it's strong enough though... But we should remember that UV light has a cancerous effect on the body.
https://www.who.int/uv/faq/whatisuv/en/index2.html

Only 4 new cases of the Coronavirus in the last week for my whole state... It will be interesting to see how the rates change as we enter winter/cooler months.

from what I heard the offiicial statement is that he was sarcastic ..

imagine that, the president speaking sarcastically/joking in front of millions of viewers that hope for answers and direction, when 50k his citizens have already died of the disease..

Nah, that wasn't sarcasm, he believed he was asking valid question. The man is so transparent, I can't believe we can see him at all and he obviously didn't understand injecting dettol is dangerous. He has proven himself to be shit leader when it cones to this crisis.

Luxembourg just released it's newest numbers on Covid-19, and they're pretty great. 3007 patients have recovered already out of 3695, which means we're already on the way to beat the virus.

Sadly, again 2 persons died, bringing the tally to 85. That's about 2% of the normal deaths in a year in Luxembourg.

Additionally to the updated numbers, Luxembourg now came with entire sets of graphs and statistics. So, here you go, all the stats from Luxembourg in one go:

Numbers of infected vs recoveries 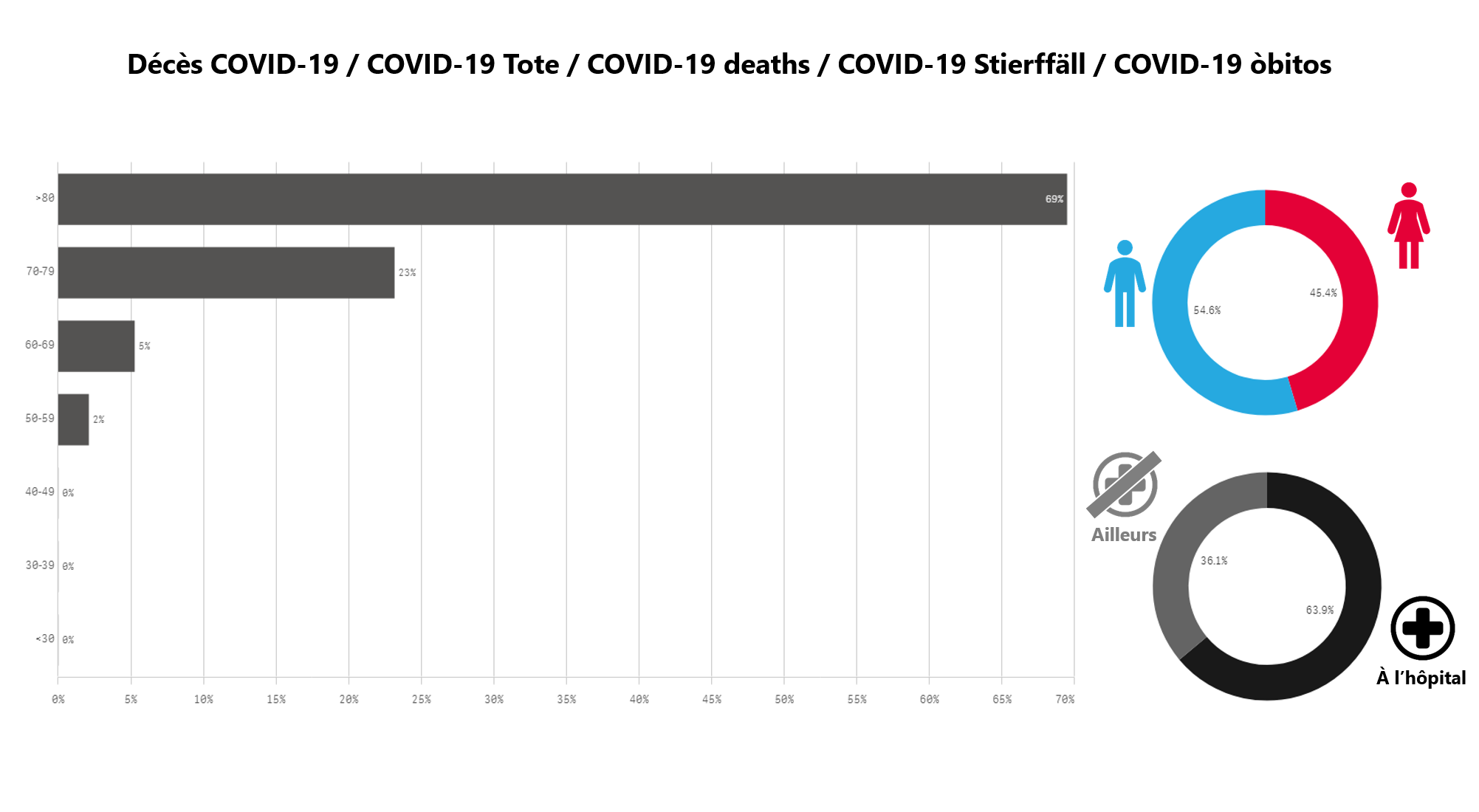 Deaths by age group. For the record, the average age is 83, the median age is 85. 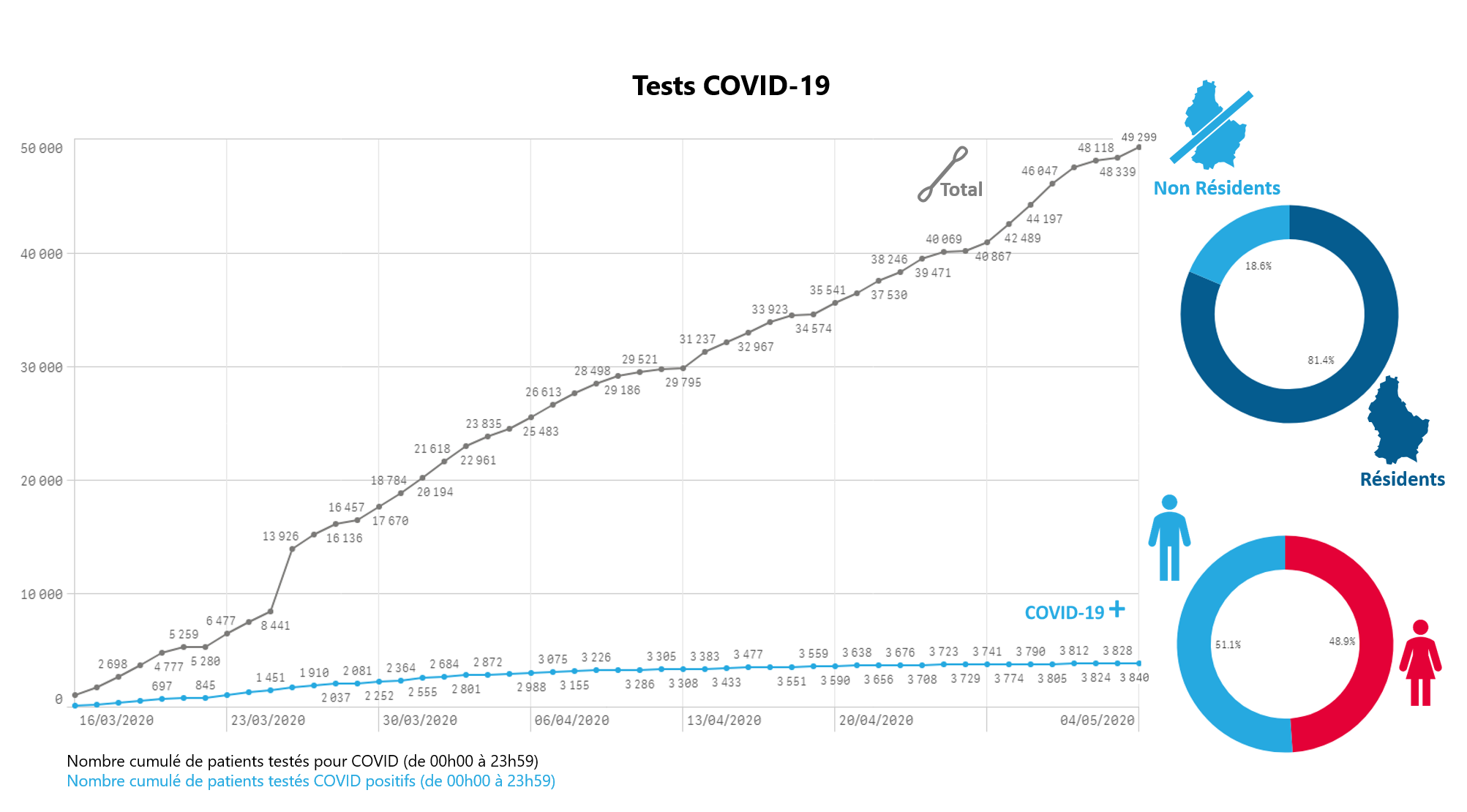 Number of tests in total and number of positive tests, also in total up to each date. 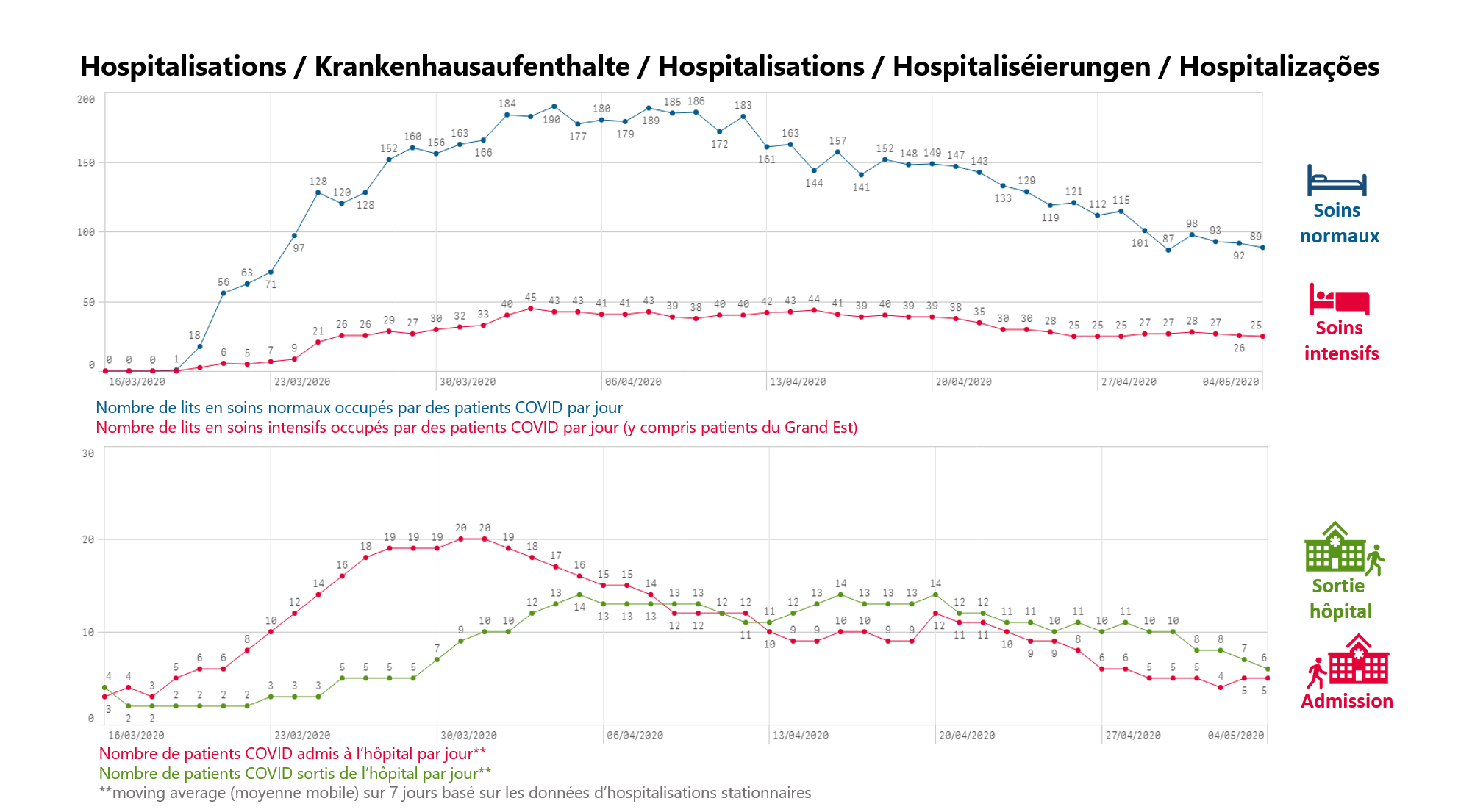 Hospitalisations, first graph shows how many are in normal and how many in intensive care each day, while the second graph shows the number of new admissions versus the release of patients each day. 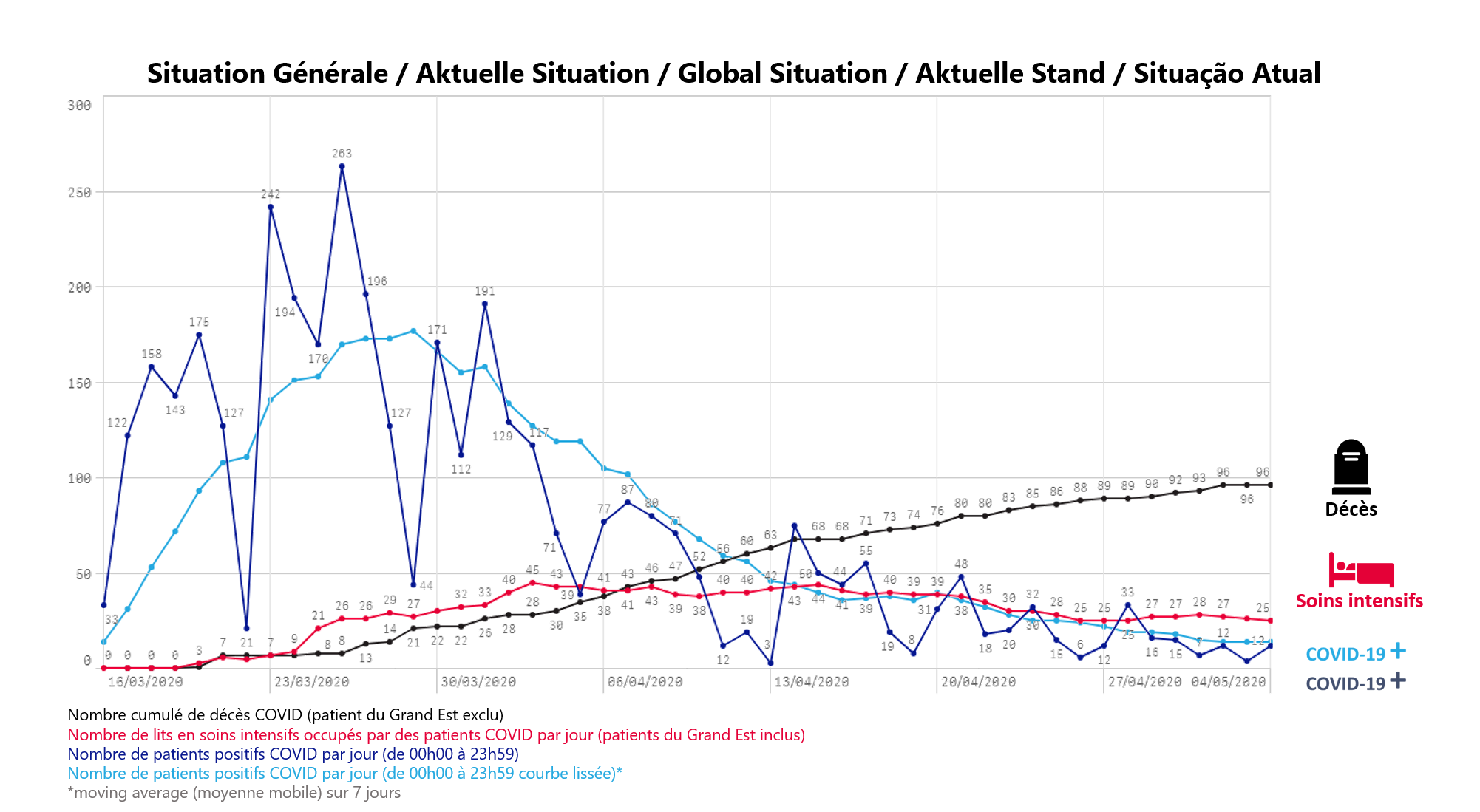 So yeah, hope you found that as interesting as I did.

Ultraviolet Irradiation of Blood: “The Cure That Time Forgot”?
https://www.ncbi.nlm.nih.gov/pmc/articles/PMC6122858/

That was replaced by antibiotics, yet those don't work against a virus, add a UVC light to an Ecmo machine and clean the blood while oxygenating it. I don't know if that would be effective or safe (might just kill your anti bodies as fast as the virus)

This is the first clinical trial evaluating a therapeutic intervention during EVLP. As in our pre-clinical studies, UVC does not alter virus quantities measured by PCR (virus fragments) during EVLP, however it does appear to confer impairment in virus infectivity. The combination of UVC therapy with an ultra-short course of direct anti-virus agents may provide the ability to prevent transmission altogether, allowing expansion of transplantation using HCV+ organs.

This is for 'cleaning' the lungs for a lung transplant though. Taking the lungs out of the body, treating them, and putting them back in seems a bit of a hassle :)

Whats with the jump in Ecuador? 11k plus in a day, that's half their total cases in one day.

Comparing their stats with a pic from the day before, GUAYAS jumped from 7391 cases to 15,365, most got a big increase compared to their previous total. They must have changed their way of reporting cases.

Ah, here it is
https://www.bloomberg.com/news/articles/2020-04-24/ecuador-test-results-are-in-and-confirmed-cases-have-doubled

An increased capacity to process coronavirus tests caused the number of confirmed cases in Ecuador to more than double in a day to 22,719, second only to Brazil in Latin America.

“It’s not a rebound, it’s the presentation of delayed results” that reflects greater capacity to carry out testing in more labs, Interior Minister Maria Paula Romo said during a presentation of the data. “That’s good news.”

He wasn't being sarcastic.
But if that is how Trump apologetics perceived it... They will really make up an excuse for anything.

Alcohol is a disinfectant. It can be 'injected' orally.