I'm sure there are some morons with bylines out there, but I'd urge you to consider that people who spend years watching, studying, and researching movies actually are in a better position to analyze and contextualize them than the average viewer. 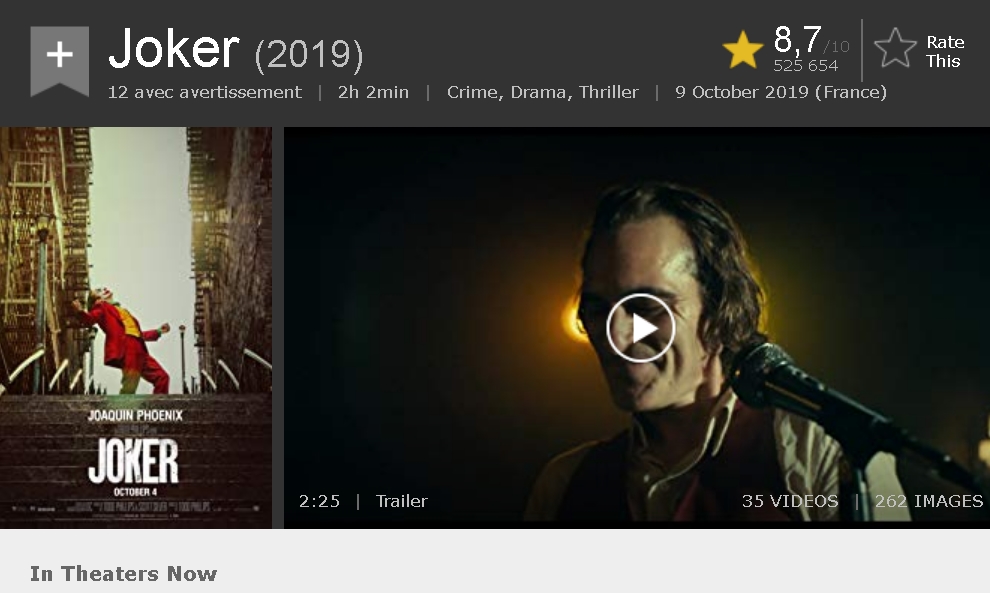 Deal with it. Don't lecture me about movies, I probably watch better movies than you. Taxi Driver was dope, but Joker is better. That's all. You are just mad that I said the 2 other Star Wars' trilogies are shit. And by the way the final season of Game of Thrones was horrible.

Certain Star Wars "fans" in 2017: "The critics are stupid and probably SJWs. The Last Jedi is obviously franchise-destroying garbage. Rian Johnson is a hack and Kathleen Kennedy is the devil. Yadda yadda."

When it comes to certain "fans," critic scores are to be either dismissed out of hand or taken as gospel, depending on how it fits their narrative. Me? I realize that critics tend to review films not as fans but as, well, critics. They'll knock points off a film if they don't like the writing, cinematography, acting, and/or other elements of a film. Few of them judge a film first and foremost by its entertainment value. Lots of people still enjoy Episodes I & II despite similar review scores to Episode IX (this seems to be increasingly the case for people who dislike Disney-era Star Wars, even if they talked shit about the prequels back when they were new). This seems to be a movie "for the fans, not necessarily the critics." Indeed, there are tons of movies enjoyed unironically by millions of people despite middling reviews from critics. They may not be Oscar-caliber cinema, but what they are is entertaining. I feel this shall be the case with Rise of Skywalker. I have a ticket for tomorrow night, and I'm going again Saturday with some friends. There hasn't been a single Disney-era Star Wars film I haven't liked so far, and I doubt that will change after tomorrow night.


P.S.: If you're someone who I've already had a back-and-forth with in other threads about this subject as it pertains to Star Wars, I said my peace to you in those threads. I have nothing more to say to you. You know where I stand.

lol I don't care, I'll be the first to say the SW prequels suck ass and the ST is bad mismash of poorly thought out ideas but better acting relative to the prequels.

The Joker has no character arc, he does things because he's mentally ill not because he has any real understanding of what's going on or has any agency in the plot, which is cheap writing. He has to mental aptitude in the film of like maybe a 12 year old too. This isn't someone you get the sense could outsmart Batman at anything.

Yeah yeah, I get it, you are mad that Joker has more respect than Taxi Driver. I get it man. But stop crying "But but but he can't defeat Batman". We don't care about Batman bro.

Give me your 10 favorites movies of all time. I want to look at your taste a little.

I doubt you've even seen Taxi Driver, lol. No everyone liked the Joker or thought it was anything special, big deal, get over it. It's a movie about a guy not taking his medication basically, which maybe to some is incredibly compelling I just found it dull. So he's crazy ... because ... he's crazy. Whoopity doo.

Yeah I have seen it. And you did you watch some French' movies ? No ? That's not a problem, majority of them suck.

"But but but he's crazy". Stop whinning a little. You repeat yourself. Instead you should try to figure why US critics are dumb because we don't have that problem in France.

I'm still walking in hoping for a good movie and a satisfying conclusion. I'll try not to overthink it when I'm watching it. But if it's sucks...

People are beginning to think the prequels are good just because these are that bad by comparison. Now they're moving away from trilogies...

It's crazy how well marvel movies are doing and the same company screwed this up so easily? Just baffles the mind. Though, I didn't mind Force Awakens. TLJ was just a train wreck.

What makes Joker better than Taxi Driver and ultimately a "masterpiece" as you called it? Would like to here your opinion on it.