Microsoft and Sony just have to give us a new console = done.

Look at stadia... in every single way, it gives a worse gameing experiance than a PS4pro or Xbox One X.
Next gen, it wont even be close.
(Image quality, input delay, price of games, games library, controller, stability, data usage (caps), price& req. on internet, ect ect)

Steaming might be the future, but its def. not the "best" way to game. 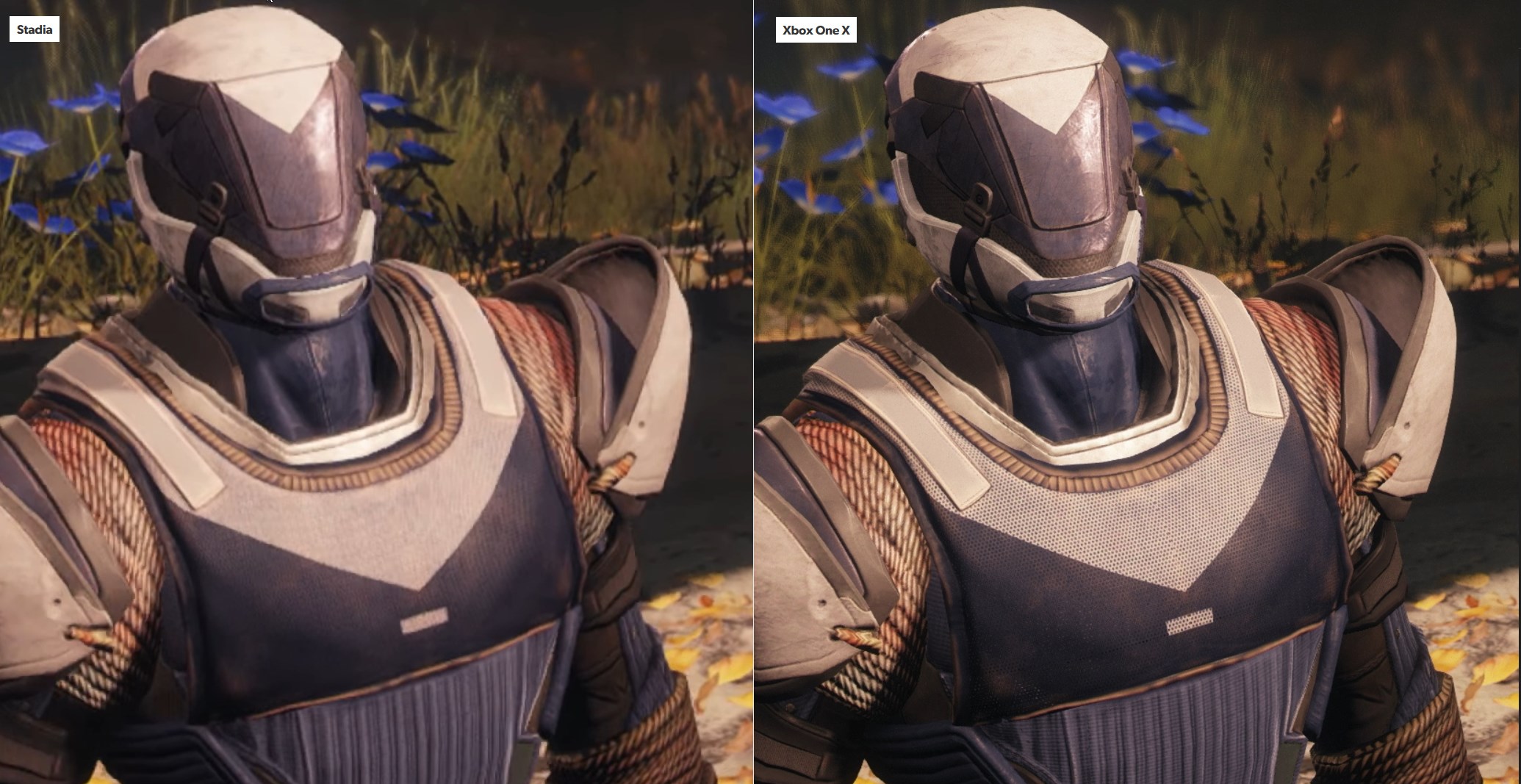 mmm. I'm a big time MMA fan, and I've never held this sentiment in that arena, but I hope while these two are fighting, that they kill each other. It's not just about "streaming" on the surface, but much more about how these companies will attempt to shepherd the gaming industry in a more broad sense. It's part of the reason why I've become....not the biggest fan of Xbox over the years. In spite of the quality hardware and software that they've made. Having said that, I do like them more than fucking Google and Amazon. Their Xcloud offering looks almost hilariously better than Stadia. I very much hope Sony can step it up. Nintendo is still very behind the times in basic online infrastructure, and have games coming out in 2019 where "the transition to HD" is still apparently problematic, so their role in this mess will likely be relegated to some future alliance with the devil. Like they have done with their mobile games.

Gotta be honest, I can see the difference in the full sized images, but when it shrinks to see the post, I can's see the difference.  If I had to sacrifice that much quality in return for 400 smackers I would do it.  Especially since I'm mostly playing on a 720p TV anyways.

More importantly though, we're still in the pretty early stage of this.  In five years or so, we'll have a better idea if consoles still provide a better experience.

Will join Google in failure.

Yes theres still improvements to be had, everything it does, will never match haveing locally run hardware however.

Some people might be okay with haveing worse for it means cheaper.
However as long as data caps are a thing, I suspect in the long run, its a more expensive way to game.

Not to mention, how many games does it currenltly have 22?
And their all full price vs other devices haveing basically all those games at much lower rates.

"In five years or so, we'll have a better idea if consoles still provide a better experience."

Stuff like bandwidth speeds of the internet can improve which will allow for better imagine quality if used for that.

However there is no fix for longer input delays (time it takes for a button push -> action on screen), thats a matter of the laws of physics.
If you gotta travel twice the distance, it ll take longer, simple as, nothing will change that even in the future.  This is where local hardware will always be best. Where does this matter? competitive multiplayer type games / difficult platformers.  If your not playing that sort of game, its not as big a issue though.

Data caps could be removed if suddenly internet providers, decide to change their ways.
(both for mobile phones and houses)

However even if used for like streaming to a phone, you wont get around the issue of tunnels or area's with worse/no connection.
Sitting on a train playing, and suddenly game just goes out.

A Switch run game, always runs, even if your on a train and go through a tunnel.

Game streaming isnt the be all, end of all, of gameing. Now or in the future imo.

I don't know if it's fair to say that the game will always run better on local hardware.  Obviously, if we're talking about running the game on the hardware vs streaming it from the same hardware, then yeah.  But theoretically, the hardware that is running the game could be much more powerful than an XBox Scarlett or PS5.  I'm not sure how much quality is lost between the source hardware and the user, because I'm not really knowledgeable on that stuff.  I think in theory though it should be possible to render it in better quality.

Input delays are obviously going to be longer.  Even with wireless v. wired controllers you can see that.  The question is whether or not the delay can be shrunk to the point where it's not an issue for the player.  I think it should be possible for most gamers and most games.

Data caps aren't an issue for me personally, but obviously if they are for others, that's a good reason to prefer console.  When you talk about running on a phone though, that's only applicable to the switch.  Unless SOny and Microsoft surprise us, Stadia will still be a much more viable option for people playing away from home.

Honestly, buying games for 60 bucks a pop is kind of archaic.  Kind of like paying 30 dollars for a Blu Ray or 15 for a CD.  (I know that Stadia doesn't change that yet, but either they will move to a subscription model, or another service will.)  Gaming has survived with that model mainly due to technical barriers.  Stadia shows that those barriers haven't been eliminated completely yet, but within the next 5-10 years, they'll dealt with to most player's satisfaction.  There will still be a market for retail games, just like there's a market for CDs and Blu Rays, but the market's going to shrink, and console manufacturers will have to adapt.  Gamepass seems to be the best option, allowing for the benefits of a subscription model, while also having the benefits of dedicated hardware.  But, if the gap between streaming and physical/downloaded games becomes small enough, it may be hard for a large chunk of the current market to justify buying a dedicated console.

Currently the Stadia at 1080p due to compression, gives a imagine quality thats around 720p.
Theres side by side pictures, where the stadia loses out vs a PS4pro or Xbox One X, sometimes even the base models.

Even though its supposedly a system with 10TF+ and a beefy cpu.
Input delay will vary depending on how far you are from the google servers, streaming your game to you, but thats basically always worse, than current consoles.

"The question is whether or not the delay can be shrunk to the point where it's not an issue for the player."

There is NO way to shrink it, beyound a certain point. Pretty sure google is as close to that already as is possible.
These are just laws of physics.... and thats unlikely to change anytime soon.

If your far from a google server, its just going to be horrendous. While if you live right next door to one, it ll be closer to owning a physical console.


About the prices of games.
Its expensive to host servers for game streaming.
If anyone needs high priced games to make profits, its probably stadia.

Eh... This conversation seems to be headed towards more tech stuff, which I'm not really all that knowledgeable on.  So, this is where I check out.

Data caps exist and rural areas in the US.