OP updated with reviews, will link their reviews in their name soon.

When I see the reviews, you either love it very much or hate it.

And this is why I'm interested. Detroit Become Human got the same vibe and it is one of my favorite game of all time. 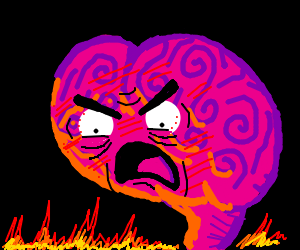 If you're being honest, you planned to write this exact thing even before posting your 98/100 prediction, right?

So many toxic users have improved or left VGC, but I rarely see posts from you that isn't passive aggressive.
It's video games, man. It's supposed to be fun.

OT: Just one point away from my 85 prediction. Go on just a little bit more.

And many are ripping it apart, just because it's a Kojima game

it goes both ways. I think in the end, the score will probably represent the average feeling about the game. A great piece of software that had the guts (and budget) to implement game mechanics that is not universally loved by the gaming community.

I will probably buy it at a later point for the PS4 when it gets to half price because even though I understand the alure of Kojima games, I am not the biggest fan. Never the less, it seems that Sony made the right bet when they trusted him to build up a brand new studio.

It is quite clear that this is a an open world world game where combat is clearly not the focus; not even kinda the focus. A lot of players will not be ready for that. The major enemy is terrain travel and the mechanics are designed around that. Reviews are all over the place because some will appreciate that and some wont. I for one am still looking forward to it because I enjoy sight seeing. Number one reason I enjoyed AC: Odyssey so much, buuuuuuuuuut I am little worried about tedium; especially the unnecessary kind.

I am also shocked to realize the TGS reveal IS the full game. Were not be trolled, or maybe that was troll.

Why i'm not surprised a PS game is being trashed and nitpicked by American media again??? Really, just look the american scores compared to the european ones. How many of these scores are just click-baity just because it's a PS4 exclusive?? Media reviews are broken if we don't use the same standars for each game. A niche indie game that nobody cares can score plus 90+, a conservative stucked in the past game like Devil May Cry 5, Gears 5 or Outer Worlds can score 85,86, 87...., a japanese anime derivative more of the same game as the last 1000 JRPG before it can score 85 or more (Ni no Kuni Remastered at 86 and DQ XIS at 91 being a very good examples).....and of course, if it's a Nintendo Switch game recently....it's difficult if it doesn't get 85 or more by default (Mario Maker 2, Link's Awakening, Astral Chain, Fire Emblem, Luigi's Mansion, and i'm pretty confident Pokemon in a few weeks).

But Naughty Dog makes Uncharted Lost Legacy and gets 84 and it's cosidered by most a top 3 Uncharted game, Horizon Zero Dawn, the game that received the 2nd most GOTY's in 2017 (considered one of the best gaming years ever), getting way more GOTY's than games like Persona 5 (93), Mario Odyssey (97), Nioh (88), Nier Automata (88), ....got a 89 on metacritic; Spider-Man, considered by most the most fun comic hero video game ever only got 87. Lol, even God of War "only" got 94 on metacritic despite being universally loved and wininng most GOTY's in 2018 beating RDR which got 97. The nitpicking in scores can go on, and on, on games like Gran Turismo Sport, Detroit Become Human, Days Gone, Medievil, .....It's always the same story recently.

And when you see some recent "best video games ever" lists like the one IGN did recently and some others, they're filled with Nintendo/japanese games and the best PS exclusives ever are not even close to be seen in top 10 or top 20. If you add this with the many biased articles circuling in recent months against the future of PS vs next Xbox or platforms like Stadia from american outlets it's obvious there is something going on behind the scenes....

Anyway 84-85, is less than anticipated but still a "good score". Media is going to have their beloved "clicks" with this one...That's the objective. Then most of this outlets that are telling you is just a 6/10 or 7/10 game will dedicate dozens of articles to the same very game.

I don't know, maybe the game deserves the score and maybe it doesn't. It's just that I don't trust gaming scores at all....I will have my own impression when i play it for myself.