Forums - Gaming Discussion - What Game Are You Best At?

Street Fighter games. I don't think I'm super amazing like the pros but I'd probably be decent enough to put up a challenge.

I guess I was top 5% in League of Legends. Still not very good.

I'm better than average at racing.

Punch-Out!! for the NES. Low tier speedrunner. Although that alone probably puts me in the top 30 worldwide.

GT Sport with well over 500 victories online. The Nordschleife is my most successful track, I know that track inside and out. Mount Panorama is my second favorite, a mini version of the Nordschleife.

It depends. When I'm playing alone, I'm good at RTS, but when I go online, I got beaten with contemptuous ease. XD

KIRBY AIR RIDE!!! (City Trail mode), I feel like I'm the only person who loves this game.

Mariokart 8 (Well... I'm one of the best, way better than average anyway, same with Smash Bros)

Smash Bros Melee (I also played Brawl a lot, but not as much as Melee or Smash Bros for Wii U)

Smash Bros Wii U (Still need a Switch, therefore Smash Bros Ultimate, I've been holding out for a year ever since I first heard of the 'Switch Pro' getting released sometime in 2019... I hope).

Resident Evil 4, I've finished that so many times, professional mode is super easy for me, I've done it with only a knife (apart from certain moments when I need a gun for example rescuing Ashley when you have to use the sniper to protect her and shoot the chains off her too, also there is a lever you have to shoot before the minekart part, and the water boss with the spears). Also I have a gigantic score on the bonus mode where you have to kill as many enemies within the time limit.

Kirby's Ghost Trap (or Avalanche in the U.S.). Ive been playing this ever since I was 6, I was an expert back then too and finished the game many times when I was really young.

Bid for Power (An unofficial Dragon Ball Z PC game that came out around the year 2000, and it's STILL my favourite DBZ game, it's gameplay is fast paced just like the series) with a big terrain to explore such as Namek normal, Namek exploding, Snake Way, West City, Marster Roshi's Island, Mountains, tournament grounds etc. 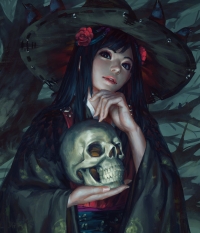 I do know that I was a top player at Mario Tennis Aces in it's first months (despite big balancing issues).
I'm also a pretty good player at MK8 in 150cc races since I haven't praticed much at 200cc (it is kinda crazy)

Honestly, since I pass most of my time gaming with JRPG's, I'd guess I say that I am now pretty good at them.

I'm sure I did, but I never really followed the DOTA scene after that so I dont know. I do know I played some of the absolute best players in the world in BW and WC3 for many years though. I practiced a lot with AT-Intox for instance the months before he Won CPL, Elky, Saft, MadFrog, Everlast and many others of the best BW/Early WC3 players aswell.