The solution to Microsoft's Japan problem is the same to Nintendo's Europe problem, a unified software support plan. No, I'm not talking about one buying or merging with the other (that's unrealistic), but both of them releasing software (1st party) on the other's devices, even if it takes some reworking. I garuntee Microsoft would spend a butt load of money to optimize the tar out of Halo Infinity to Port it on the Switch if it also meant Super Mario Odyssey came to Xbox. Both companies software sales would explode, particularly in markets where their hardware struggles. The profits would soar and greatly offset whatever magic they'd have to use to Port ALL their 1st party games to the other's device. This is the future, and I feel like both companies have been moving this direction for quite some time with Minecraft, Super Lucky's Tale, and Banjo being in Smash. Now I'm just waiting for Nintendo to put something on Xbox/PC. Seriously, whether in my scenario or one of your own, just imagine if you could buy all Microsoft and Nintendo games on one device. That would be insane. I'd include Sony in this, but I think they'd sooner die as a company than do this.

I can't see them buying anything too big, so the people suggesting they buy whole publishers above, that seems highly unlikely.

Possibilities as I see it:
-Platinum (MS could revive Scalebound and earn alot of goodwill for doing so. They could allow them to keep releasing Bayo games on Switch as well as Xbox to earn some good will with Switch fans)

-Mistwalker (MS literally founded this studio. Lost Odyssey 2 would be huge. Only problem is that Mistwalker is quite small, they are a concept studio, MS would need to find a 2nd studio to do the development legwork)

-White Owls (Swery and MS have had a pretty good relationship in the past. Would be truly epic if MS bought the D4 IP from Access games so that Swery could finish D4)

-CyberConnect2 (they are quite Xbox friendly compared to most JP devs, with all 3 of their upcoming new IP's releasing on Xbox One)

Honestly, as much as I don't want Microsoft going on a studio buying spree instead of creating their own talent, Konami would be a decent purchase. Microsoft is going for a more multiplat-friendly attitude, and maybe they could do something about all of the IPs Konami is holding hostage. I don't see it happening, though, Microsoft might not want a company deep in the gambling scene (and all of the criminal ties that brings up).

None would be the best scenario.

Tango Gameworks is owned by ZeniMax an American company.

In any case, this will be sad news for particular people. 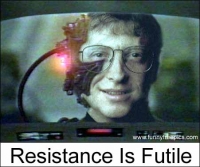 Both. Especially Cave. I love my shmups.