Well there is a theory many Switch owners already have a PS4 or X1. That could partly explain why there isn't huge demand for some of this content on Switch in spite of its large and fast growing userbase. Since the N64 days, many Nintendo have needed other consoles to play notable core games.

Forget the PS4 Pro or X1X, the base hardware is also huge disparity from the Switch ports as well. The premium consoles are more like extra polish and maybe 60 fps modes.

Again, I thought the complaining about 900p vs 1080p was ridiculous. I'm an avid gamer and I can barely tell the difference unless its side by side. The disparity in Switch visuals though... that's pretty big. But whatever, I'm not losing sleep over people playing vastly worse looking and performing Switch ports. I think its silly to opt for those versions especially if you play at home.

In my mind, its kinda like watching DVD movies on 480p CRT TV when you could watch the same content on Bluray and 1080p TV. But in some cases, its even worse than that. The Switch version running at half the frame rate sometimes or just being much blurrier... no thanks.

I know right, it's so heart-warming that these posters who never had any interest in this port themselves are so kind as to warn us that a conversion of a demanding game from current gen consoles to a portable device won't have PS4 graphics. Such compassion.

I consider myself fortunate that I have such good samaritans to tell me what I should consider playable, otherwise I might have accidentally enjoyed a game that runs below 1080p.

Right, maybe sales could even be better if they opted to really make a version built for Switch. Might even encourage avid fans to double dip.

This is certainly the cheaper/easier route.

I have to be honest, I have no horse in this race, I don't do portable gaming since early 80s, so Switch is not really something that interests me much.

The thing that interests me however, and always have as long as I've been gaming (which is almost 40 years) are downports - ever since first arcade ports to NES and C64/Speccy to this very day. So whenever I see some game being ported to something that originally wasn't intended to be running on I get somewhat excited to see results.

Now, Witcher 3 was never really that much of a strech to begin with - game looks good on ultra, but on low it's more of 7.5th gen game...and knowing what I've known from messing with ini alone when it launched gave me solid estimate of what to expect. And with some mods you can even get the so called "3DS version": I know there's no chance in hell any publisher will make custom version these days, unlike in the past (take Force Unleashed for example for PC/PS360 vs PS2/Wii/PSP version)...simple reductions are easiest and cheapest and potential buyers don't seem to mind them. But advanced port of TW3 that looks more like this would be lovely to see (this is done with Topaz Simplify on screenshots): 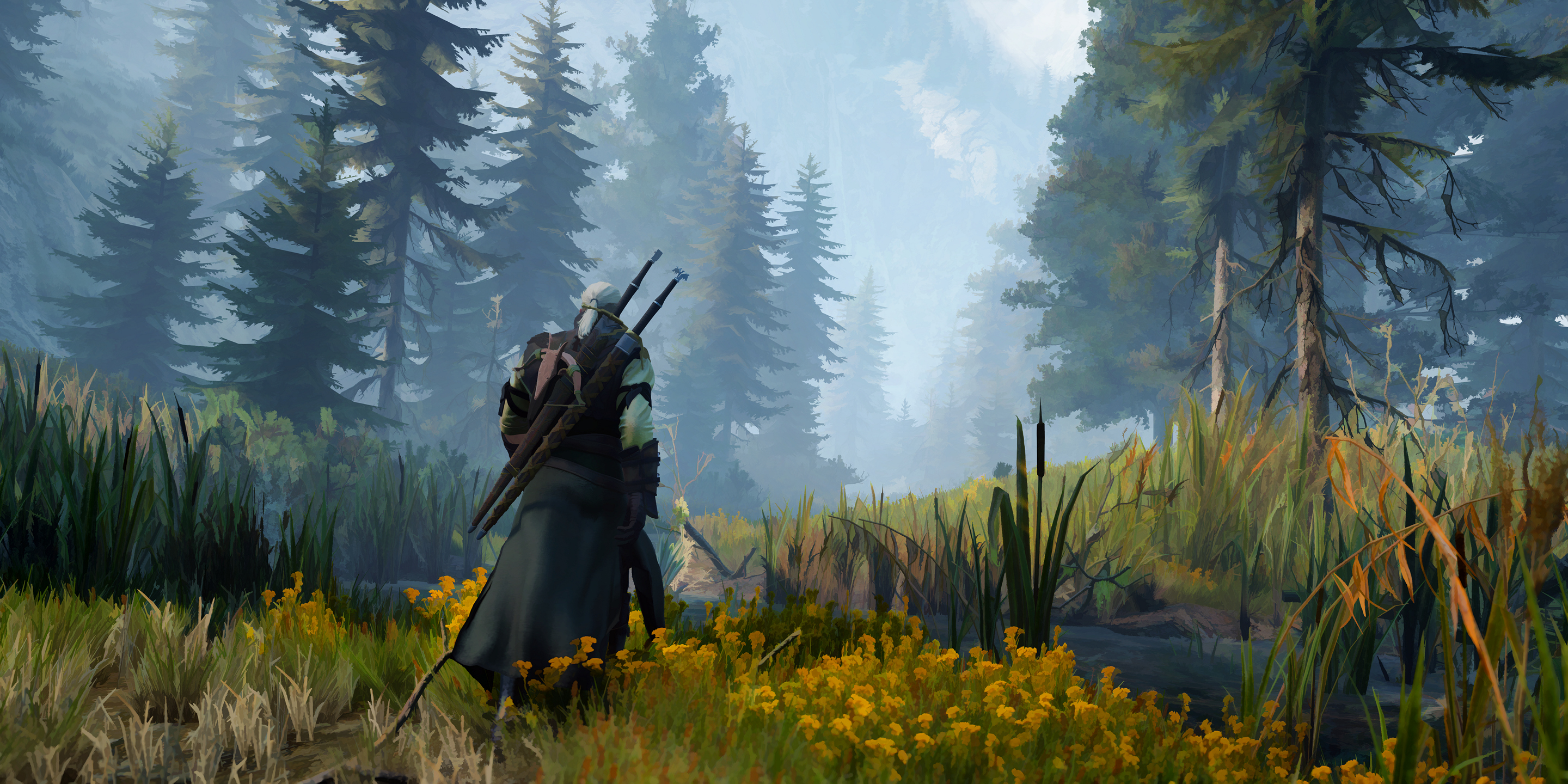 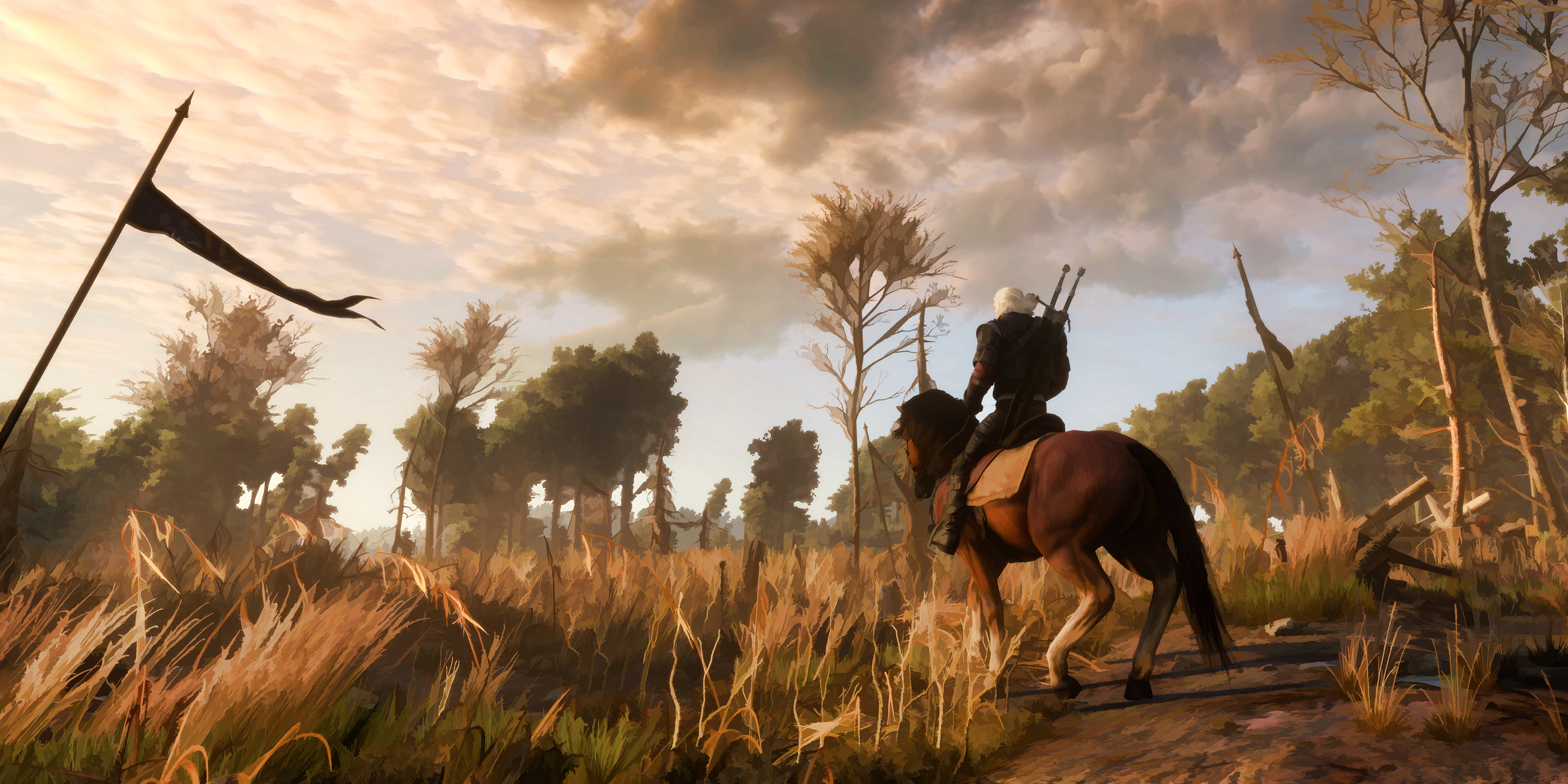 Now I do admit that I've always much more preferred concept art for TW3 than actual execution, so this approach would be somewhat more up my alley - hm, guess I did have a horse in this race ;)

Not sure if the "cell shaded" version you posted would be entirely possible, but they look gorgeous, and much better than what the screenshots showed.

Oh, no, I agree, they wouldn't be possible, at least not to that level...but think BotW+ in TW3 style...a distinct art AND crisp presentation.

Yes I think the simplifications needed for the art used would be light enough to have a much better, distinct and crispier presentation. And would match well with the visual identity of Nintendo games over the last couple gens.

That's kinda a bad analogy lol. The reason Switch games look blurry at 720p or sub-720p is because they are being displayed on a non-native screen. A DVD can look phenomenal on a 480p (enhanced definition) display over component - but looks like trash on a 1080p+ LCD/LED/DLP.

I own many consoles and a gaming PC. I've been put off by a few Switch ports by the visuals, but I largely opt for them over other consoles because of the versatility of where I can play. On the patio on nice summer days, in bed when I'm too tired to sit at the coach, on anything but the TV when someone else is using it :)

I get the sense of not buying Switch ports if you're couch-locked. They are often inferior visually, and can cost quite a bit more.

If it's a movie I am super into that has a strong focus on effects and visuals I'll get it on Blu Ray, for example that how I'll be buying Godzilla: King of the Monsters 3/4 months from now.

But if it's something less visually focused or that I am just mildly interested in, I'll happily save myself $10-$15 and get the DVD version.