Live through this is one of my favourite albums of the 1990s. While Nirvana was the bigger band by far and has the definitive grunge album, with Nevermind, I felt Live through This captured the spirit of the era better than any other. I usually listen to it alongside Nirvana's In Utero. I also love Courtney, and I think many people get her so wrong. One of the things that attracts me to her is that she's wild, she's intelligent and broken, and one of the most bullied people by the media, and well, fuck the media.

Courtney Love, Patty Schemel (who was almost Dave Grohl/Drummer in Nirvana), Eric Erlandson, and Melissa Au Der Maur, to me is the best lineup.

The only Britpop act I could tolerate. I like this band, but otherwise, I remember a genre I otherwise can't stand (Elastica aside), and that's Britpop. Also the Bropop from the other side of the pond (not a real genre, I just made it up, but: Red Hot Chilli Peppers, Guns N Roses, Dave Matthews). It's not that I'm against asshole bands, I like Duran Duran and a lot of their ilk from the New Wave era, and I understand Kurt Cobain, Joan Jett, and Siouxsie Sioux were a bit arsey. I just don't like the clean cut fancyboy bands (except the New Wave ones), give me a filthy grunge or disgusting punk band any day over that. But I'll keep my mouth shut from here out in the case I offend someone's taste, haha.

Jack off Jill is a great example of the goth influenced late 1990s alternative scene. I was never into the goth movement, but I really enjoyed some of the music. Goth wasn't a music genre though it was often shoehorned in that way by mags; but it wasn't. Goth bands did post-punk, industrial rock, and post-grunge mainly. From what I gather, their fashion icons were Dracula and Cleopatra.

Can't leave a girl alternative list in good conscience without giving a shout to the Babes. This is one of their most ear friendly songs, they're mainly into extraordinarily harsh and hard style art rock. Kat was a former bandmate and best Frienemy Courtney Love (seriously, I can never tell if they love or hate each other). Kat was also a good friend of Kurt Cobain. She is probably most famous for the babydoll grunge era look. Her feud with Courtney Love is detailed in the song Bruise Violet, basically she felt Courtney (who had been friends with her for about 10 years at this point) basically copied her style, it was kind of like a less-prolific Tupac vs. Biggie feud, except they made up like 28 times throughout the course of the early 90s until Kurt's death where they permanently patched it up. Courtney has autism and Kat is schizophrenic with bipolar disorder - damaged people make for good artists IMO.

I guess I have to put the two songs I cited somewhere. 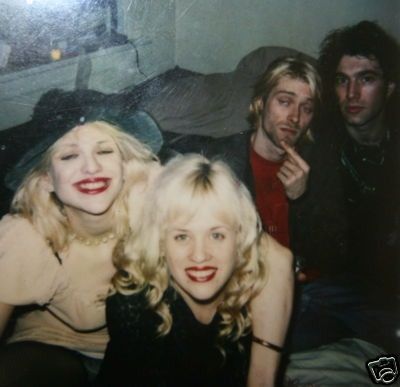 Done with my media spam.

I gotta go with Metal. I like some music of most genres, but I just listen the most to metal. At least 75 % of the music I listen to is metal. So many brilliant, creative bands. Intense songs about different emotions. Love the energy of it.

I'll second that! That album blew me away. What a ride! She really knows how to play around wih different styles and genres and make it seamless.

The 2010s was a great decade for music I think. Strong for many styles of music.

My top 20 albums of the decade would be:

3) To Pimp a Butterfly – Kendrick Lamar

7) Jinjer – The King of Everything

Nothing beats Metal for me.

Yes! For me it is metal and classic rock as the two genres I listen to 95% of the time.

Mainly metal (if you didn't get from my name :P) - As many metalheads know there are a ton of subgenres within the genre itself, yet I'm sort of all over the map on this front. If there's a consistent theme, I typically lean towards stuff that has either catchy riffs, epic, grandiose vibes, unique/experimental weirdness, and/or melodic stuff. Genre-wise that usually means: Melodic death metal, folk metal, gothic/classical metal, power metal, some early thrash (but mostly Metallica Megadeth when it comes to thrash). A bit of Nu and Metalcore though those were mostly phases that I somewhat got out of, but I do still enjoy me some SOAD, Disturbed, and Killswitch Engage, and All that Remains. I'm definitely into some harder and shall we say underground stuff but I'm usually repelled by straight up Death metal or Black metal (cannot bear that shrieking), especially if it's absent melody.

Hard rock and classic rock - Queen, Led Zeppelin (though more their harder stuff, not so much their weird experimental, acoustic, hippie-dippie stuff), Shinedown, Breaking Benjamin, Five Finger Death Punch, Trustcompany, a few others here and there.

You could say a bit of pop punk and alt rock - but again, those were really more phases that I've mostly drifted away from unless I occasionally rock a Blink 182 song to bask in my early teen nostalgia :P but there's the occasional indie/alt/pop rock track like Some Nights from Fun or SOB by Nathaniel Ratellff that I enjoy. As is the case with metal, I usually gravitate the more melodic or experimental track that sounds more unique.

Then I sort of have an entirely separate side that I listen to as more easygoing background music while working/writing, as I simply can't pay attention if I listen to most of the above while working. For this purpose, I usually enjoy melodic trance, synthwave, cyberpunk, dark wave, and occasionally some classical (but usually just film score like LOTR), video game music, etc.. Can't get enough of that more melodic, 80s sounding synthwave and retrowave at the moment.

Last edited by DarthMetalliCube - on 04 April 2020

ONE person voted for hip hop outside of me, uh...

I voted "pop" which is bit of a catch-all term for music with a verse chorus verse formula; I don't like all of it, but for the most part I like it. It includes hip hop, rock, new wave, R&B, punk, and that sort of music.

Hip Hop would be one of my top tier genres as well. Especially late 80s to early 2000s stuff. I'm a big fan of later genre defying artists that incorporate hip hop (like Janelle Monae and Outkast).

I am a huge fan of the Public Enemy/Rage Against the Machine defiant hard sound (which Tupac incorporates in some of his stuff as well). Most of my favourite lyricists are hip hop artists. And as unoriginal as this sounds, Tupac is my favourite lyricist, I'm especially a fan of 2Pacalypse now, the second album, and Me Against the World, although I do like a lot of his later stuff too. Eazy E and NWA will always hold a special place for me, and Ice Cube solo and Eminem as well. Even some of the early rap stuff, like Blondie's Rapture, Tougher than Leather, and The Message can be found on my playlists.

Punk Rock Hip Hop Jazz
I think I have a lot of toxic masculinity.