And one more edit from the same person: 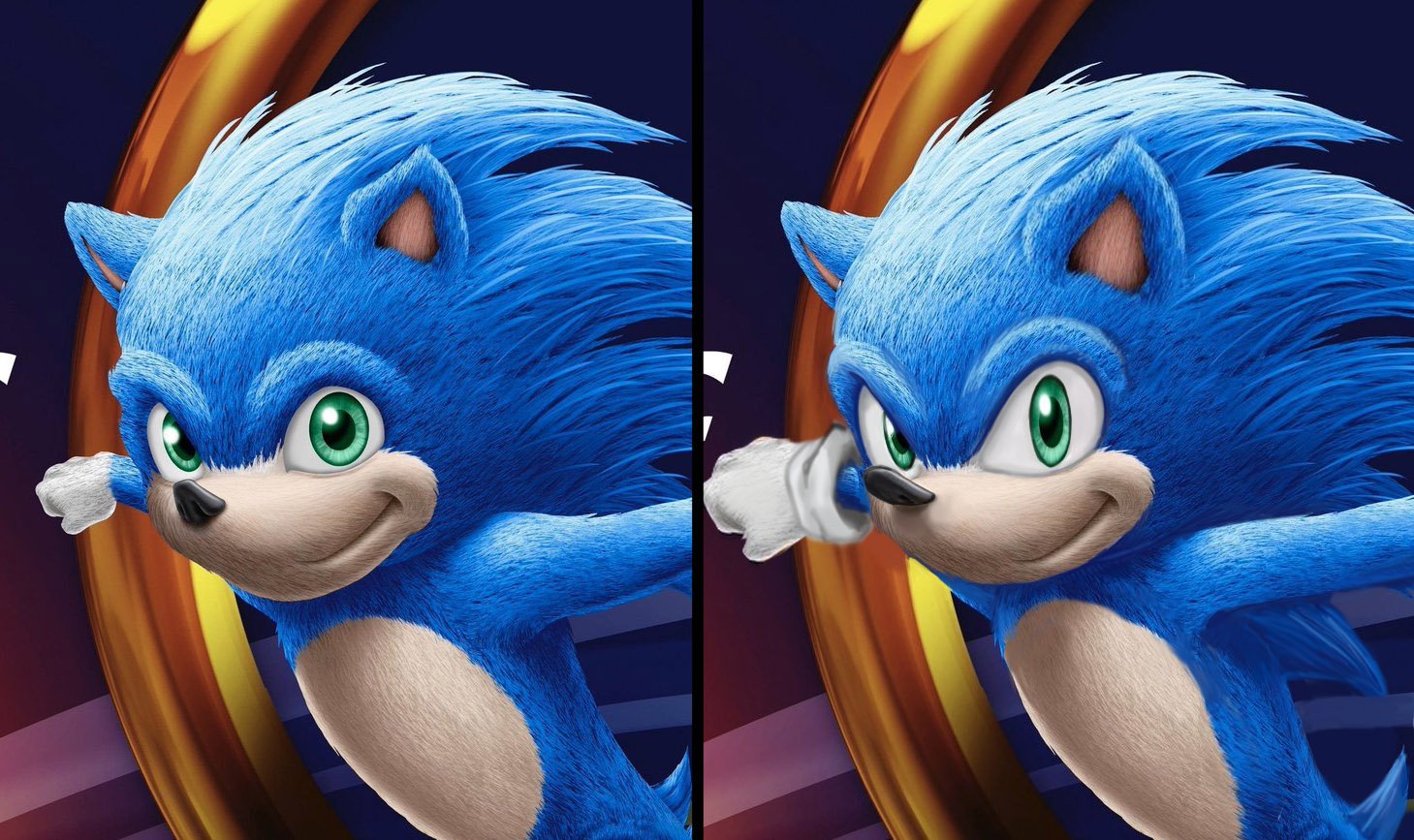 Another Sonic edit! This time I wanted to test the "separated eyes" concept the movie design has, so I only applied small changes to the eyes shape and nose. What do you guys think?Source: @LadyGT_DAShe got retweeted by Sonic's creator: 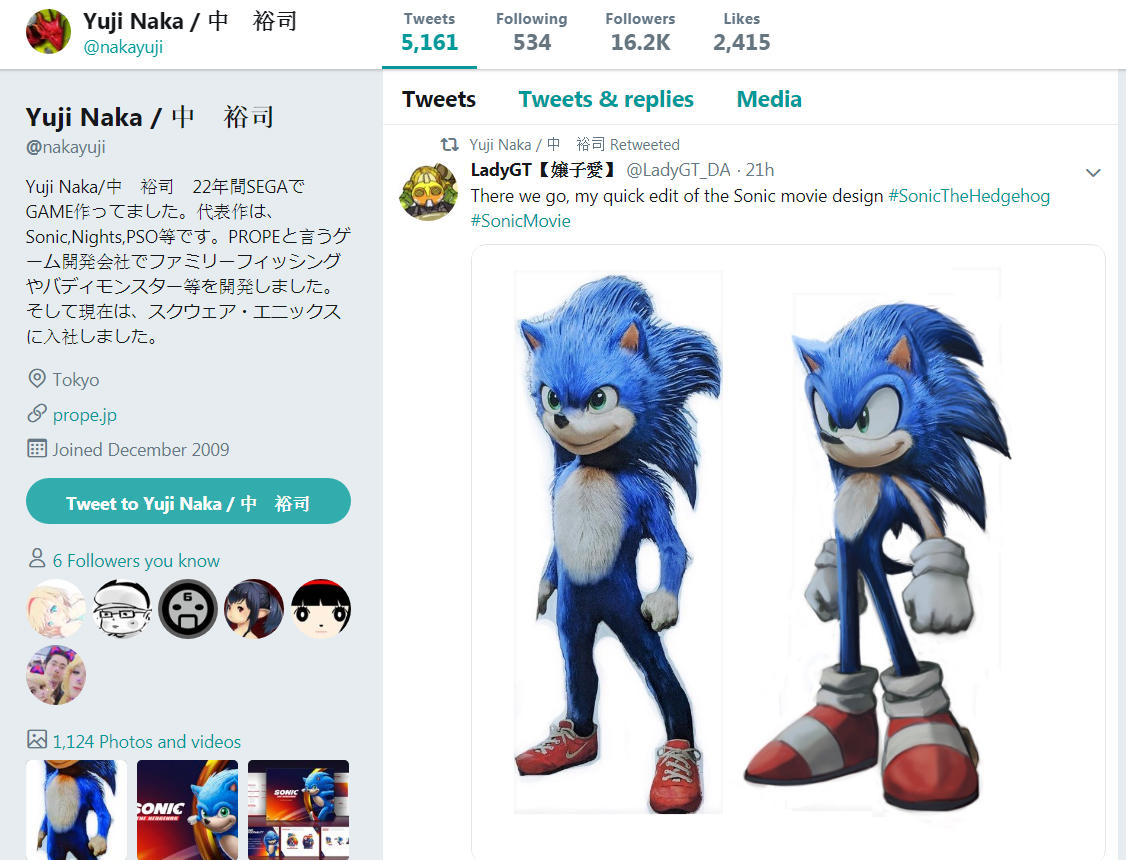 Who doesn't seem happy with the design.“Sonic’s design in the upcoming movie adaptation was leaked instead of being officially revealed. I think it’s part of the movie’s marketing strategy and they purposely leaked it, but it triggered a lot of negative reactions, which may also damage Sonic’s image as an IP so it’s not a good thing. Well, it’s also possible these pictures are fakes made by some fans, but I wish they’d at least give him a pair of gloves. It’s really shocking how Sonic’s hands themselves are white.”

In another tweet, he also stated how they could have done a better job when it comes to the proportions of Sonic’s body.

^Damn, even that tiny eye change makes it much better, though I hope they will fix the shoes and musculature as well. Hopefully they take the time to fix the model before release, would be expensive to go through and redo the CGI for Sonic in the whole movie, but I think that if they release it with the current monstrosity it will flop for sure.

^ agreed on eye change. I think the eye change test is more interesting because the first remake is basically just the official Sonic model with some movie Sonic edits, of course it looks good.

I Will now say something controversial: the new Genie is fine. It’s Will Smith in blue makeup, what did you expect from a live action remake? Of course, I am also of the opinion that slavishly remaking all of Disney’s animated classics in live action is a mistake in general, most of them are “classics” for a reason. So I guess I am saying that, yes he sucks, but not as bad as Sonic and no worse than pointy face Angelina Jolie as Maleficent or the cgi animals in Jungle Book.

I haven’t watched a single one of the Disney remakes, am pondering the Tim Burton version of Dumbo, but I’ll wait for reviews.

The main problem with the Will Smith Genie is that they didn't use Will Smith's body. Will is in pretty good shape, he's fairly muscular, so why didn't they just use his body instead of using CGI to plaster his face onto another, even more muscular body? The end result is pretty bad. Not as bad as when they CGI'd Dwayne Johnson's face onto the fat kids body in the movie Central Intelligence, but still bad.

Yeah, I prefer the separated eyes. It works for a cartoon, but for a movie where they are aiming for a little more realism, including actual fur/quills, it wouldn't work. And after giving him Sonic's real eyes it looks really good.

You mention Dwayne Johnson's face being CGI'd onto something.... that isn't the Scorpion King lol 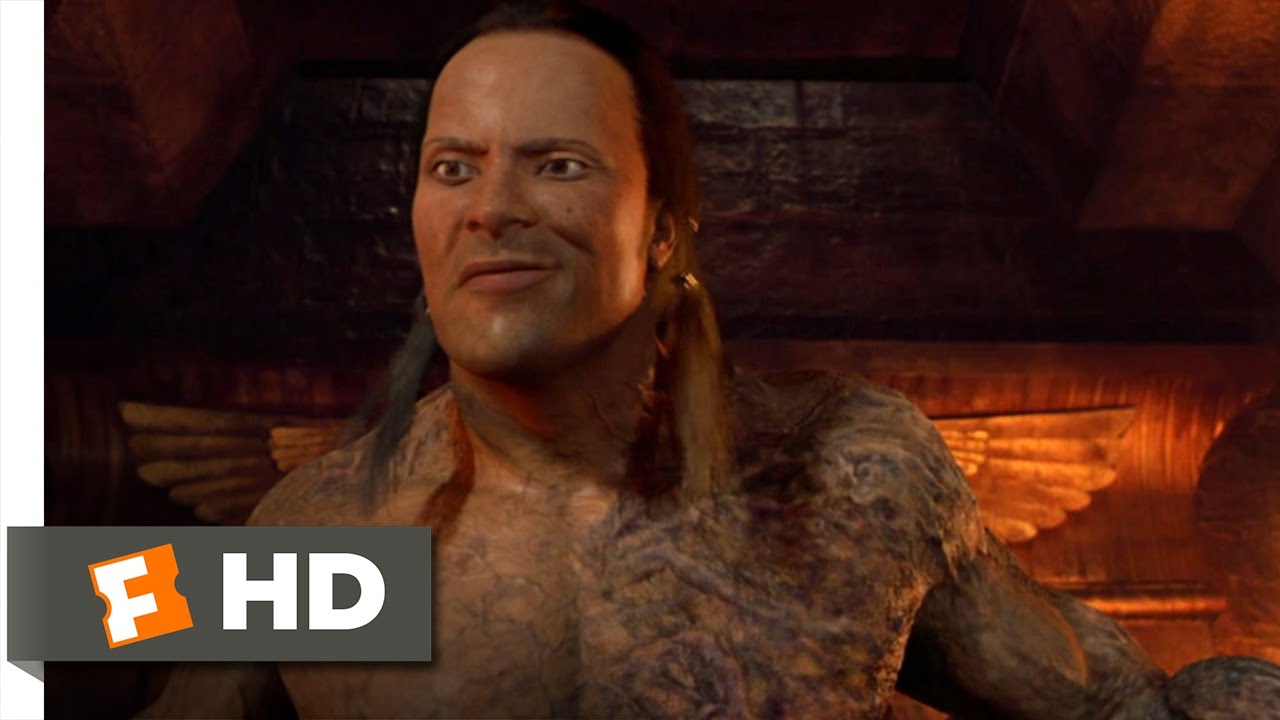 whoever greenlit that should have and most likely was fired lol.

Scorpion King was worse for sure, but it was also done with CGI tech that is 14 years older. This monstrosity was unleashed on the world in 2016:

Seriously you did a much better job of it.

The Nike logo on his shoes are suspect. That's what makes me think its fan made. I dont recall hearing anything involving Nike and Sonic the movie.