Forums - General Discussion - Which Internet Browser Do You Use the Most? 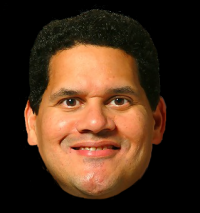 I use Opera. I have Chrome too, but barely touch it.

I'm sure I'm in the minority but I've been using Edge a lot lately.

Firefox on all devices these days: PC/Mac/iPhone. Was using Chrome on desktops and Safari on iPhone before but decided to switch to Firefox entirely.

P.S. Looking at the poll results I can understand Microsoft's decision to drop EdgeHTML engine. Sadly, only Chromium and Gecko are relevant these days and it seems that there isn't that much sense to put a lot of efforts in supporting the engine with such low marketshare and bring additional pain to web developers. I just wish they chose Gecko instead of Chromium in order to support free internet. I don't want Google to monopolize web market and dictate web standards as they see fit,

Vivaldi on PC, Chrome on mobile. If I ever were to roll back on Vivaldi, I'd probably go for Firefox instead of Chrome (memory-hogging bastard).

Mostly Opera, but some sites have problems with it, so I use Chrome for those (and on my phone)

Sadly, I prefered when Opera had their own engline, as I consider the switch to Chromium a severe drawback; all those functions that went missing

Chrome on my phone, Firefox on my work.
Use a lot more internet on my phone than on work, so Chrome it is.
Chrome domination as expected too.

Chrome on my everything except my gaming PC.