I've been showing my love since Day 1. Bought every game at launch, platinumed every PS3 game I've played (still havent played the PS4 games but bought them already and will platinum them)....this also included the Yakuza Dead Souls game too lol.

One of the best franchise game i've played so far and I can't wait to find the time to play the PS4 games.

What do you think of Dead Souls?

I can't even believe they basically released a Yakuza every 2 or 3 years, the game is great... and using same city, chars help a lot to reduce resources needed... if the appeal besides kamuracho looking like a real city (well to many hooligans for a real japanese city but ok) is the story they can keep the rest and do a fantastic story with fewer resources. So even if they do games on fast fashion they don't seem like all the same game (feels more like a series, where you don't care if the house is always the same, the interaction among people is what matters) nor feels like rushed or milked.

You're in for a very good time. There's no other game like it.
And the story in 0 is phenomenal.  Just starts off a bit slow the first few hours.

Yeah, Majima is always good times. Though given your knowledge of him from other games, you'll still be quite positively surprised by Majima's part in this one. I won't say more than that, but you'll soon realize what I mean.

Love them, not as good as shenmue though.

Same, I've only played Zero so far and loved it, and plan to play Kiwami 1 and 2 this year.

Majima is a very multi-dimensional char full of surprises

I have played 2 of the Yakuza, there are 5 to finish, I'll buy shenmue remake after I believe and prepare for 3.

I played them all except 3. I started with 4 because of ps plus and absolutely fell in love with it. I bought 5, 0, kiwami, 6 and kiwami 2 day one and enjoyed them all. Kiwami is my least favorite with 5 being my favorite. Dead souls never happened. Havent played 3 because i couldnt find it anywhere and its not on psn.

Dead Souls was actually pretty fun.  The zombies and monsters were ok (it's no Resident Evil), had a few scare factor but didnt find it all that scary, controls were a bit off but still very manageable as Yakuza is more about beating up than shooting guns.  The story was actually very entertaining, it was still a Yakuza story with zombies in the mix hehe  Like if you enjoy the series and dont take this too seriously i think its a very fun game.

Yea its amazing Sega is able to release a game every few years at this day and age.  Though I remember the there was this big drought (for me) in waiting for the Yakuza 2 on PS2 release and it felt like forever!  Sega release Yakuza 2 in Japan 2006 just litterally a few months after the rest of the world got the first Yakuza game.  And it took them 2 years in 2008 for Sega to finally localize Yakuza 2 outside of Japan.   I wonder if they had doubts if the series wouldve done well or not outside of Japan which was why it took so long to localize but im not sure.  Either way like when i played Yakuza i was blown away and was so excited that Sega was already ready to release the sequel in Japan soon after so I didnt think we'd have to wait that much longer, but we did lol

And its amazing how they can still keep the story exciting while still taking place in Kamurocho in all of their games. You'd think you'd get bored but nope, Sega knows how to keep it fresh. 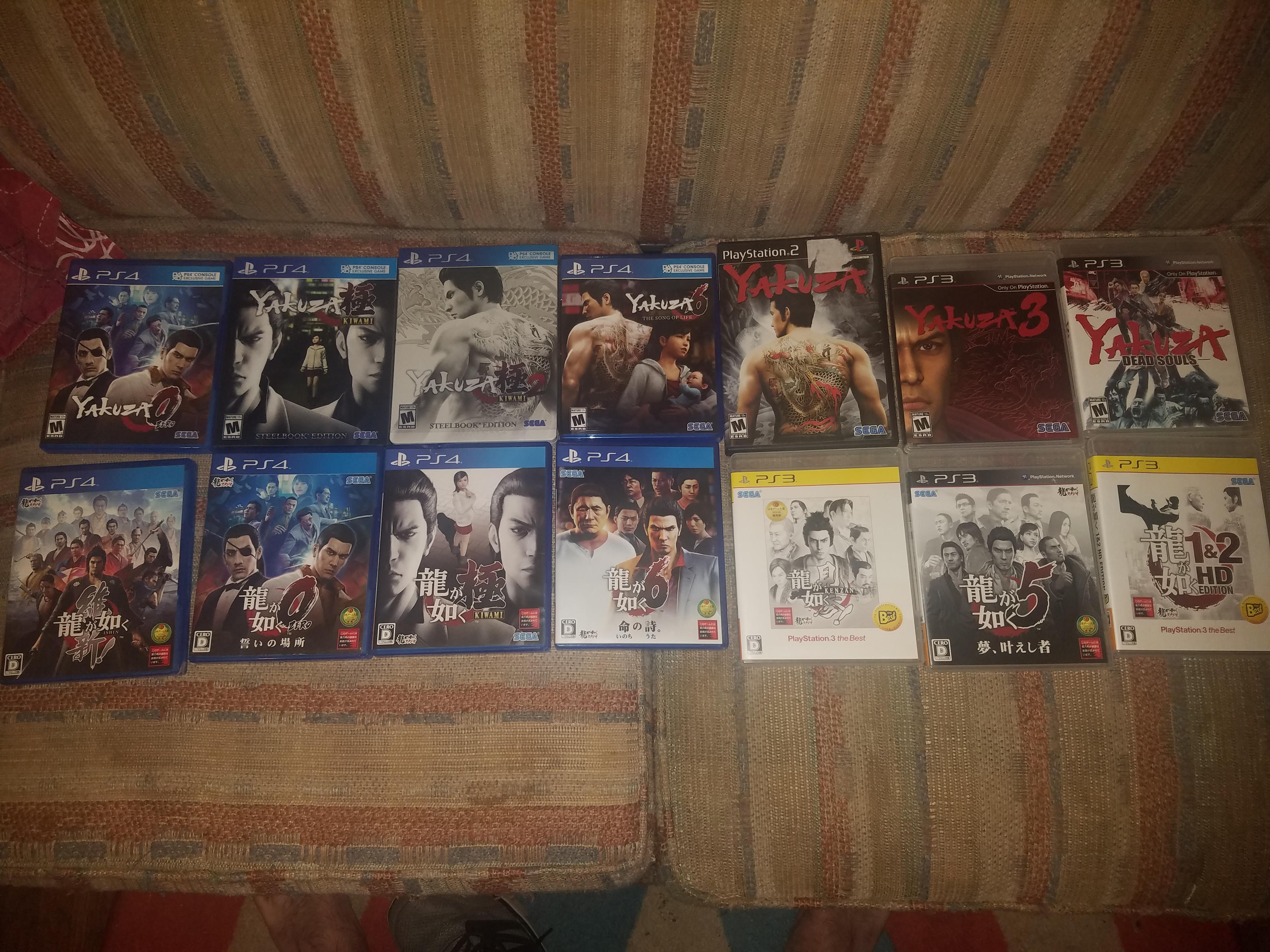 Yes I have beaten both Kenzan and Ishin.