you're laughing at me because i sweap floors for a living?

I asked for a rational explanation and you bring back the most irrational possible. We hell, then.  Since we can just make up anything we want, I'm God and Moses never existed.  He was just a character in a few stories told about 2,600 years ago.

"Hey Steve, can you science this artifact?"
"Sure Tom, right after I finish sciencing this specimen."
"Thanks, Steve.  I scienced 34 times today."
"After I science your artifact, I'm going to go home and math some data."
"Mathing is fun.  I mathed last night too."

" Since we can just make up anything we want"

well as I said its a possibility from my perspective, I can't rule it out since I am not omnipotent

and I think if we live in a world where we simply disregard categories like sex then we can at least entertain the idea of a man that can part a sea, in my opinion the latter is more realistic

more telling than you confusing sex with gender? anyway its context sensitive obviously, science can be applied as a method and it can also be regarded as a body of knowledge, the other user ironically given his behavior couldn't realise that

"Religion doesn't have anyone "social distancing" themselves? All science is on hold and nobody part of science has contracted or spread COVID 19?" 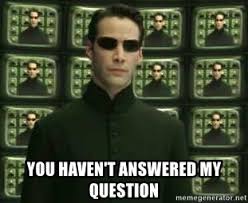 1). We don't disregard sex.  If anything, we're more specific about it than ever before.

2). But what science is behind such a belief?  With regards to the sex being more than 2, that's at least based on scientific information.

3). Realistic...? How does the physics work to part a 5 mile segment (narrowest portion) of the Gulf of Suez?

4). I'm not confusing sex with gender, you are.  Sex is a biological factor based primarily around sex chromosomes. Gender is based on behavioral and sociocultural traits.

5). It's not context sensitive.  I just wrote it out in dialog.  Did any of that sound contextually correct?  Go ahead, use science in a sentence as a verb.

That's easy. People take the liberty to type "since" as "sense" or vice versa, so the same can be done here.

I am sciencing a malicious presence.

Now we only need someone to create a website that claims that 'science' is a verb and we have our backup proof. True story: I once got linked to a website that explained why 'of' is a verb. I could have went there and read it all, but then it hit me that blue collar English is rubbish and should only be used to make a joke.

*sigh* We have certainly not been good stewards of our given language.

"But what science is behind such a belief?  With regards to the sex being more than 2, that's at least based on scientific information."

"We don't disregard sex.  If anything, we're more specific about it than ever before."

I posted various authoritative sources that claim we should not make such classifications but ignoring that how are we more specific? can you detail that for me? give me your personal point of view on how we are more specific

yes that's my opinion, that the stuff I've identified is to me more unrealistic than moses parting the sea

"I'm not confusing sex with gender, you are."

your initial reply was this

"Male and female are genders."

"It's not context sensitive."

as an example taken from google

"the intellectual and practical activity encompassing the systematic study of the structure and behaviour of the physical and natural world through observation and experiment.
"the world of science and technology"
a systematically organized body of knowledge on a particular subject."
google defines science initially as an activity and then as a body of knowledge because the two together are what science is
science is not only information but its also a method of collecting and evaluating information and I'm honestly surprised to see people attempting to claim otherwise
without making this distinction you'd have to also acknowledge the bible as science would you not? since that is itself a body of information... the distinction lies in processes science applies in gathering that information

It's right there in your own definition.  Again, use it as a verb in a sentence.  Go on.