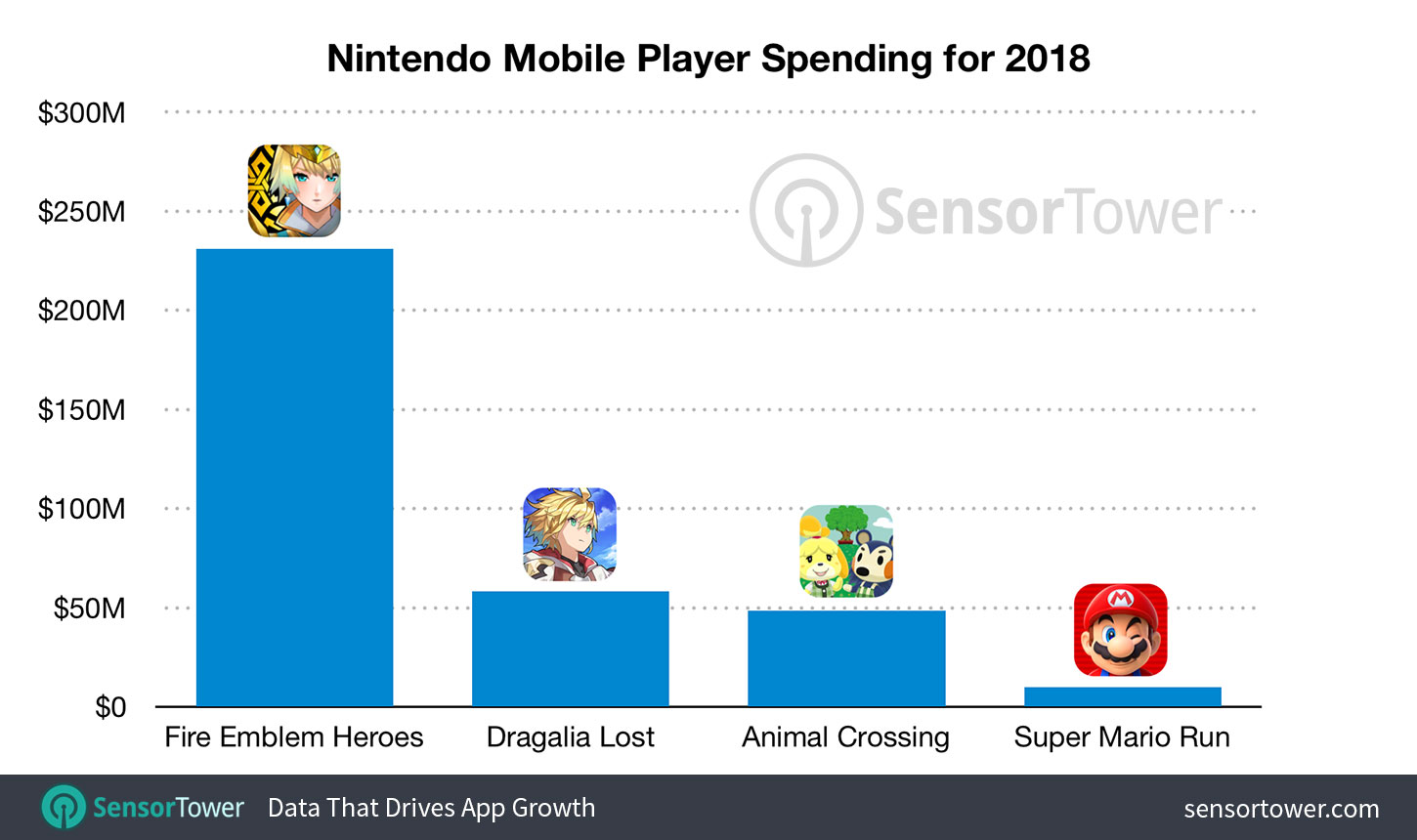 Nintendo’s mobile ambitions saw the publisher reach a new record of nearly $117 million in worldwide player spending across the App Store and Google Play during the fourth quarter of 2018, according to Sensor Tower Store Intelligence estimates. This represented a 47 percent increase over 4Q17 and was driven primarily by its latest release, Dragalia Lost, which pulled in $54.2 million during the quarter. All told, Nintendo took in $348 million during calendar year 2018, an increase of 15 percent over 2017.

Launched in February 2017, the publisher’s strategy RPG, Fire Emblem Heroes, accounted for approximately 66 percent of its 2018 revenue, topping $230 million in player spending globally. The game has grossed $487 million to date.

Despite releasing at the end of Q3, the newest of Nintendo’s four mobile games, Dragalia Lost, ended up generating close to 17 percent of its mobile revenue for the year at an estimated $58.4 million worldwide. The title has just passed $60 million grossed as of this writing, with 66 percent of that coming from players in Japan. This was despite only being available in five territories, compared to the 40 in which Fire Emblem Heroes generated revenue during 2018.

Animal Crossing: Pocket Camp, the third mobile title from Nintendo,c losed out 2018 with an estimated $48.6 million in player spending. Its $4.5 million in gross revenue during November, however, was down about 44 percent from the $8.1 million we estimate it generated in November 2017.

It seems this does not take into consideration Pokemon Go's profits, which Nintendo shares with a bunch of companies so i'm sure its hard to project. With Mario Kart Tour coming out soon on mobile, profits from that game should be massive. I'm personally looking forward to Mario kart on Mobile, I just hope the microtransaction aren't terrible.

"Why are there so many Fire Emblem characters in Smash? It's an irrelevant franchise"

$230 million on FE Heroes. If it were a 3DS game, they would have to sell ~7.6 million units to generate the same revenue. 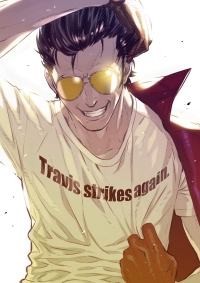 And it's for one year only, its second one. The first year was estimated around 300 millions for the first year (not sure if it's just 2017 or February 2017 to January 2018). It can easily keep going a couple more years with huge revenue.

It's surely one of the most successful releases ever for Nintendo...

...Why do I suddenly think of the fears Pokemon fans have of Pokemon Go affecting the main series....

Quite good numbers. Played and liked Fire Emblem at first but then didn't care more about it. The others I haven't. Still haven't put one cent in any smartphone game (even exvius that I play daily for like 3 years).

Just shows you the potential in mobile for Nintendo. Remember I got stick a few years back for saying Nintendo were crazy not to enter the mobile market? Kerotan vindicated....again!

Nice, but I hope it doesn't hurt Switch sales.