Seems like it will be a spinoff, non-canon sequel to Far Cry 5, using the Far Cry 5 map, but post-apocalypse-fied. So, kind of like Far Cry Primal, which reused the map shape and terrain of Far Cry 4 in order to cut down on development cost and time: 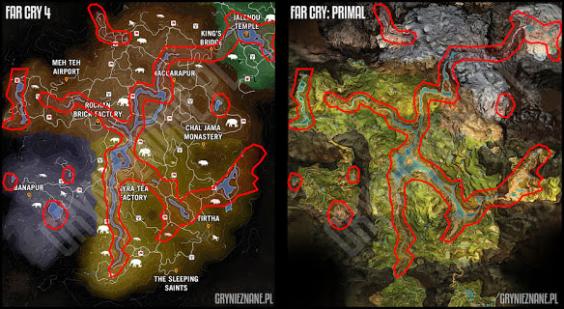 Fallout 76 has left the post-apocalyptic multiplayer idea as a barren and radioactive wasteland. Oh the irony.

I kinda lost interest in FarCry after 4, but this makes me interested again. I love this kinda setting.

Happy they dropped the christian killing aspect. Might buy this one. But didn't Far Cry 5 come out a few months ago?

This probably won't release until mid to late 2019, so it will at least be 1 year after Far Cry 5 released.

slightly Off topic.. But just within 2 years here we have another Fry Cry with same map different setting. Yet there are people who still believe Horizon Zero Dawn 2 will take 5 years

It's worth noting that Ubisoft is huge and has many, many teams. Most likely this game was already in development for at least a year before Far Cry 5 released.

Most of Sonys studios seem to take their time to create new worlds for their games. I don't think GG will reuse the same map for the sequel of Horizon. I think it will be a vastly different setting.

I would point a distinction between manufactured Open-World (Ubisoft pretty much) and crafted ones (HZD,BoTW,RDR2,TW3, etc ...)

I'm expecting they will reuse the map but add large sections to it personally. Horizon 1 map is mostly the territory of the Nora and the Carja. Some possible territories they could add to the map for Horizon 2 include the territory of the Oseram to the north, the Banuk to the northwest, the Tenkath to the South, and the Utaru to the east. We could easily see a doubling of map size, possibly even a tripling depending on just how ambitious they want to get, though I suspect they will save some territories for the 3rd game. But they can always announce new tribes and expand the map even further across the US if they want to (the territory of the known tribes only covers parts of Utah, Colorado, Idaho, Wyoming, Arizona, and Kansas).