ok a little spoiler here for those that don't know. Omega challenges the warrior of light in FFXIV with several test with the hopes of figuring out how it is possible the player (the warrior of light) surpasses their mortal limits, and in return Omega will assimilate that data unto its own.

The final test was Omega itself, and after defeating its base form he took on a more human like figure after studying the warrior of light.

In my opinion the second BGM is a lot better than the first one.

what server are you on

You forgot this one tough

The footage isnt for the actual fight, but the ost is epic. On savage mode there is a perfect omega of sorts after you defeat Omega M and Omega F. It works like NeoExdeth and God Kefka, the normal mode boss is a somewhat simple fight with a massive DPS check and after you kill it theres a save point where you fight only the savage only boss till the timer runs out or you win.

Alphascape is my favorite raid on Stormblood, realy great fights.

Shiva here :) The Alpha 2.0 was super awesome!! I really love that fight!

Oh neat. I'm on Hyperion as well. I've just stopped doing raid content each week, but it's fun to just play for more casual content. My schedule appreciates it too. 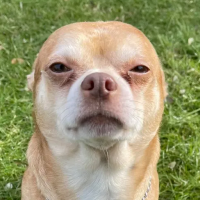 Same :-O Why haven't we ever played together?!

I dunno, you're the one holding everything up >_>