Forums - Gaming Discussion - What exactly do you consider to be "SJW agenda" in games?

I've heard a lot of people complaining about BFV's inclusion of playable female characters saying that we should boycott the game because women "didn't fight in the war", and because that's "historically inaccurate". First of all, women did fight in the war (yes, mostly for the USSR, but it would be stupid to only allow female characters when you're playing in one specific team). Second of all, Battlefield 1 was also very historically inaccurate, and I didn't see anyone boycotting it because of that.

Let's cut the bullshit: I know that most people are complaining about BFV because they think the inclusion of women means EA is promoting an "SJW agenda" (if you're honestly complaining about historical inaccuracies in BFV, you should maybe take a step back and rethink it. No game is absolutely historically accurate, and they're not supposed to be). But what the hell is an "SJW agenda"?

I've also seen people complaining about TLoU 2 and Horizon ZD for the same reasons, just because they feature women, and, in the first case, a lesbian kiss in one of the trailers.

If you think that TLoU 2 and Horizon ZD promote an "SJW agenda", give me some examples of games with diverse characters that don't "appeal to the SJW crowd". I'll just ask you not to cite Tomb Raider (as Lara Croft was [and still is a bit] hyper-sexualized) and Metroid (since most people didn't even know that Samus was a girl before the internet).

I think you should add that "cis" literally only means the opposite of "trans" in latin, as you might get triggered snowflake responses when using the term.

What else could it mean?

In my experience "anti-sjws" see the term as an insult because they think "I'm not this cis-thing, I'm _normal_ !". 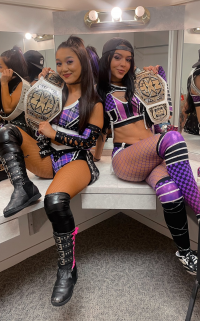 Idk... judging by VGC, whenever it's a woman, or someone homosexual that equates to SJW agenda. Sad.

I never use that term, but Battlefield is a good example of rewriting history to make it fit with the morals that some people have today.

Like making Achilles or a British Queen black. "History hurts my feeling, so we should modify History to make it according to my principles". It's a very dangerous slope, and is usually used in totalitarian regimes or dystopias.

If you read books like 1984, A brave new world or Fahrenheit 451, you would recognize some obvious patterns that our society started to follow lately. Fahrenheit 451, particularly, explains that it became a society of forbidden (and burned) knowledge and culture because of "SJW". They explain that some small groups of people started to make stuff that offended them forbidden, like books or shows, and it became worse and worse, to the point where almost all scientific knowledge, history, or culture is banned from society. Because it's offensive and can hurt the feelings of some people.

History is History. It's bad? Then good, it will show to new generations what to do or not. But rewriting History because it offenses you? Who those people think they are? Soon some people will ask to ban the World Wars from History lessons because "War is mean"...

Otherwise, I love to play as female characters and mostly choose this option when I can, so no problem about that. And for the gay stuff, the only thing I can complain about is when they do too much about it. "Look look look, our character is gay" put in our face all the time is annoying and poorly written. But I usually dislike how writers treat romance and sex anyway, it usually feels too forced, like just an item they had to use from a To-add list (like the usual kiss scene at the end of almost every Hollywood movie ever). The way it was handled in the TLOU DLC was great for example.

Adding "minorities" to my established franchises that had no minorities is bad.

Making new IPs with said "minorities" as part of the universe is also bad.

There is no winning here. It will always be forced, an agenda, pandering.

The point is: EA is not rewriting history because people can get offended that women are not included. They're including women because women play games, and EA wants their money. Get it? Putting women in BFV is as inaccurate as having weapons never jam in BF1. And both decisions were made so that EA can get more money. If you're mad at BFV for having women, you should also be mad at BF1 for including WWII cannons in it, at CoD WWII for having a cannon shoot twice as fast as it would in the real war and at any other war game, because none of them is 100% historically accurate.

Or you can just think a bit about it and get to the conclusion that they're meant to be games, not documentaries. They don't claim to be 100% accurate. It's like complaining about Mario's fireballs working underwater because that would never happen in the real world.

Be more specific. Give me names. Please give me an example of a game that you think implemented well a diverse cast.

EA has rewritten history numerous times in the Battlefield franchise, but that's not a problem. A game representing 100% faithfully the Second World War would be boring as fuck. But now people decided to get crazy mad about this game's inaccuracies because it can be used as an excuse to go against diversity. No one complained about BF1's weapons never jamming because it couldn't be used to confirm any political view.

You KNOW people know what they are talking about when they bring up 1984 or Fahrenheit 451!