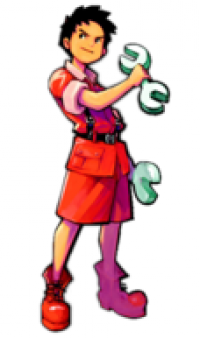 You are probably right and I'll stop, but it still makes me sad to think how words are getting thrown out with no regard. Correctly used, arguments and discussion can be used to solve issues and understand others, not diminish them.

I hope you realize that I'm a man, AND from Canada.

Are you non-ironically comparing Hitler's death camps where innocent people were starved, brutally tortured, experimented upon, and gassed to death, to the HHS facilities for children whose parents are facing criminal charges for breaking the law? In contrast to Hitler's camps, where children had their heads shaved, teeth pulled out, and were starved for months, wallowing in their own excrement, the HHS camps have medical services, education, and AC. Instead of being forced to eat their own feces and then lick up their vomit, the children in these US "concentration camps" get to eat burgers and play soccer. It's almost as if the children are infinitely safer in HHS custody than they would have been in Nazi Germany, or than they were while being smuggled thousands of miles from South America, across treacherous terrain while facing the danger of trafficking and rape.

I am making that comparison because of how close it is to what the Nazis did to the Jews. Trump isn't going further only because he knows the world is watching him.

And who said the children in the US camps are being treated well? None of them wanted to be torn away from their families, nor did they deserve it.

If I had children and crossed into the United States, but it was well known that I hate the US government, would they take my children away too? Just because I did something the government doesn't like?

It’s well within the authority as president. It doesn’t matter if the SCOTUS agrees with or not, their only job is to determine whether it’s constitutional or not. Which it obviously is, the 4 who ruled against it have a hard time understanding what their job is apparently. What are you trying to say here?

If you're going to sit there and make outlandish comparisons to the holocaust and this right now, then you might as well use this picture which every new media outlet plastered all over the web and tv to show how cruel this is. Time magazine even made it the cover of their magazine. This picture of a young girl being ripped from her family and sent to an American concentration camp.

I could then start posting pictures from the real holocaust concentration camps. Though I am afraid that might get me in trouble cause the images are troubling.

You make a very good point, despite previously questioning my gender.