higher than i was gonna give it. I was coming to the thread to say 72

So while it's an improvement on Ultra Smash, it sounds like Aces hasn't quite delivered on its promise. Given free DLC characters are coming, I'd hope Camelot and Nintendo tighten up and flesh out the options available to single players (better tournament options, rule changes etc) and to those who want to play local multiplayer.

No one has mentioned anything about ranked played or similar. It would be pretty disappointing if there isn't any way to play against the better players.

It took 5 weeks for Kirby to sell through 1 million according to Nintendo did it not? 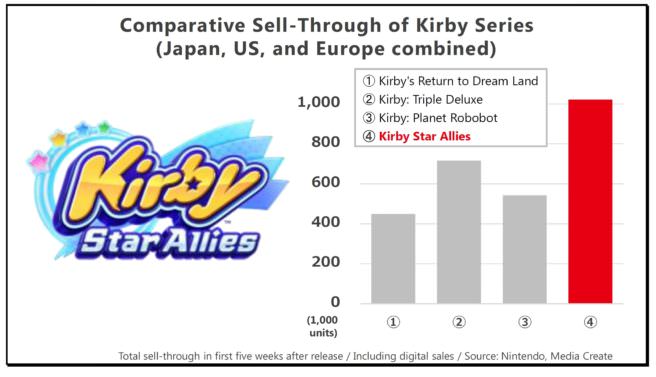 Hmm. I was basing it off of this site but yeah with digital too it makes sense. I think this will take a little longer than 5 weeks to hit a million but 7-8 seems about right to me for some reason.

For the only major release on Switch so far this year it's score is a bit lack luster.

I was expecting better.

Yea, I remember playing the GC version.  The special moves were cool at first but then it just got ridiculous.  Luckily, they had option to turn it off which made it a pretty version of the 64 version.

To be fair selecting courts in tennis match is the least important thing you can do in a tennis video game.  It isn't like this is golf.  Sure there is a difference between clay, grass, carpet, and hard courts (most tennis video games you can't tell differences even with different surfaces).  However, the main action is on the court which the stadiums probably only come into main view at start and maybe side changes.  I'm just saying you guys are overreacting.  It is a dick move but it isn't that important for a tennis video game.  Hopefully, they at least cycle through the different stadiums during local multiplayer matches.

Mario Tennis is not kind of game that gets very high scores, so 79 score for Mario Tennis game is quite good score.

79 on both sites right now. Honestly this is such a borderline buy for me. I still want to get it, but I can't go buying every last game I'm interested in. Otherwise I'd go broke. If it goes up to 80 or 81 I'll get it.