Forums - Gaming Discussion - How many of you guys buy duplicate games?

The only duplicates I've ever done in my life.

I can't stop buying Zelda-games, even when i own them.

I have FF7 on like every platform ever
I have Minecaft on pc,360(digital and physical)
I have two versions of FFXV on PS4

I do it when it comes to game franchises that I love. Like, I'll buy a copy to keep mint, and another to play.

Tekken 7 does not have cross buy.  PC Tekken 7 has less input lag than the tournament standard PS4 (strictly not PS4 Pro) version.  So, what ends up happening when I play on PS4 Pro, (my PS4 actually sits nexts to my pro, and hasn't been used in over a year) I drop lots of combos and cannot properly defend against attacks because of the button lag.  So, I have a better time playing on PC, but it lags more on PS4.

I bought Tekken Tag Tournament 2 digitally on PS3 because my disc drive was wearing out, and TTT2 was the most played game on PS3.  Since getting it digitally, I've had no issues with the disc drive on my PS3, that I got christmas 2008.  It'll be 10 years, the same PS3 in december, and I've not ever had any issues other that that disc drive problem.

I didn't expect the disc drive problem to stop after getting digital TTT2, but it seems to have more than paid for itself, even though I've bought it twice.

Marvel Vs. Capcom 2, I've bought twjce on dreamcast.  My original disc on Dreamcast broke, and it's the superior version of all of them.  Again on PS2, but there's stage-specific lag, and bug fixes, and new bugs introduced, and the PS3 version, which is close to the dreamcast version and has online play.

And, in the case of mirror's edge catalyst, and overwatch, despite owning them on PC, I wanted to get them on console during a sale to see how much worse they could be.  Spending 5 bucks for catalyst made it feel like a cross buy, and lessened the blow of reserving it on PC before trying so hard to enjoy the game.

So, either it's to play the game on the go, or play the game with more communities, or in greater framerates and quality, to save the hardware, or to curiously see how much worse the game runs on a console.  I'm not going back to overwatch just for the simple fact I have to pay for PS+ just to do it.  I'll stick to my PC version.  Which I bought a second copy of so that if someone wants to play overwatch on my machine they dont have to do it on the PTR, and doesn't have to affect my gameplay stats.

My PS4 Pro, was 299 after a discount that was available just for me the same year the console came out.  Same goes for the switch, but I only have one of those.

I just looked up the game which I have the most versions of.

And the winner is... Defender of the Crown. My "Extended Collector's Edition" (limited to 500 units) contains the following versions 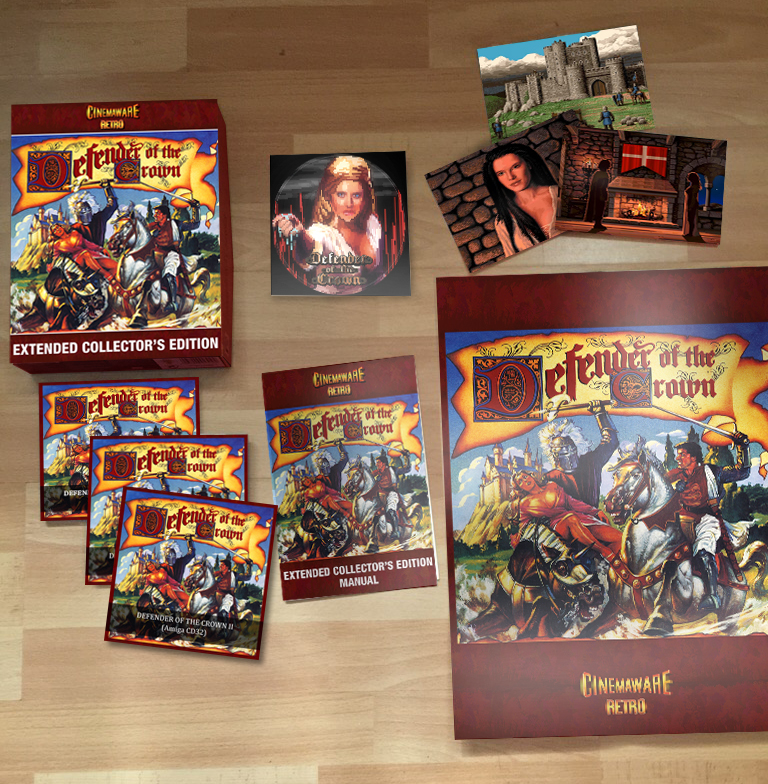 I also have the Android version based on the Amiga version.

Okay, that was a bit of cheating cause I bought all of the above (except the Android app) as one product.

Oh, I bought 8 versions of the point&click adventure "Machinarium" in that order:

Day of the Tentacle:

Oh man all the time. I’ve gotten the HD versions of ratchet and clank 1-4, GoW 1-3, shadow of the colossus (twice since I just got the ps4 version, TWD season 1, MGS3, crash trilogy, GTA5, Arkham games, uncharted trilogy, last of us, sleeping dogs, will get Spyro trilogy, and several others after owning them in original form already. I love re-living my favorite games on a modern console with some updates and getting those sweet sweet trophies.

I am Iron Man

Why would you even do this? I’m completely baffled as to why anyone would buy the same game twice. The only reason I can’t see would make this seem reasonable would be if you had a physical copy and lost it or broke the disc and need it to still play the game. Otherwise a complete waste of money.

I don't do it too often, but I have a few cases, such as Puyo Tetris (both English and Japanese) and soon Death Road to Canada (PC and Switch). I'm usually fine just having the one game unless the original copy I have is really old and wearing out.