When I replied I said the constitution has democratic ideals and techniques.

Anyways, I gave you proof directly from the government website. So there is that.

Democracy might not guarantee freedom in and of itself, and maintaining a free society requires that the people are vigilant, that they hold their government accountable (through both the ballot box and through speech and protest), hold their elected officials to high standards, demand transparency, and call foul when people's rights are trampled upon. But a hallmark of a free society is free and fair elections for the peoples' representatives in government. We have never seen a truly free society where the right of all citizens to vote was not respected. In other words, democracy may not guarantee freedom, but it is a prerequisite for freedom.

Meanwhile, "federal" is simply a term describing the relationship between a nation's central government and its sub-national units. It says nothing about whether the right to vote, or any other freedom for that matter, is respected. It merely says that the states/provinces share power with the central government and have a wide degree of autonomy that, at least in principle, cannot be unilaterally rescinded by the central government. This is opposed to a unitary state where the sub-national units only have whatever powers and autonomy, if any, the central government chooses to delegate to them. Typically, federations are either very large in terms of area (e.g., Canada, Australia, Brazil, India, Russia), or were formed when multiple independent entities unified into a single larger nation-state (e.g., Germany, Switzerland, Malaysia), or both in the case of the U.S.

Essentially, federalism almost always seems to be a practical consideration for a nation that's geographically large, or was a consequence of the nation's formation and/or other events in its history. There is nothing about federalism in and of itself that makes it a system desirable for a free, democratic nation. It's neither good nor bad.

Guys, this is merely an insurance policy against the possible firing of the special prosecutor. It is smart. 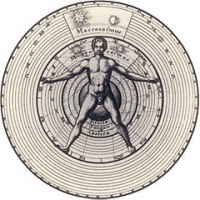 There are no true democracies on the planet at the moment. Switzerland probably comes the closest with its fairly heavy use of direct democracy but I don't think it goes quite far enough to qualify. Most nations that call themselves "democracies" would actually be more accurately described as "elective oligarchies" who like to market themselves as democracies.

The issue is that the general public has been brainwashed into thinking that elections are a form of democracy, they are not, they are inherently undemocratic and in fact a tool of oligarchy as in practise the only people who have any realistic chance of being elected are those who are a) wealthy, b) famous, c) well connected with those who are already in power, usually a combination of all three. Over time this results in a highly insular class of people who hold most of the power. All western nations claim to be ruled by the people but I think everyone knows that's not true and that our countries are dominated by a small group of "elites" who look after their own interests before that of the public.