If every gamer went by metacritic scores, our collections would be quite slim.  Metacritic is also very broken.  They compile scores from many marketing sites (Gamespot, IGN, etc) and their user scores turn into cancerous fanboy wars.

I beg you, please stop using Metacritic to back up a title’s quality.  It’s stupid.

Also, taste is relative and thank god we have many gaming options for different gamers.

I don't care your taste.

So why are you saying you don't understand? What there is to understand then? If it is not your type of game it will be for other people, simple as that. I for myself also rather get those games than many of the successful-but-broken-or-just-not-that-fun western games.

Who’s being ignorant?  Most if not all of those titles are turn based, anime styled, hack and slash, story heavy, RPG, or single player focused.  I don’t play those types of games so my interest fades.  I’m more of a multiplayer and social gamer.  Unless I missed something, I don’t see anything I want from that list.

I can't believe that there are still even upcoming PSP games.

I for the most part enjoy both what America and Japan developers have to offer. And even the European devs. I'm just as excited for God of War as I am for FF 7R as I am Detroit Become Human. I have a broad interest. Genres I typically don't care too much for are Fighting like street fighter or mortal Kombat, sports or strategy. I like 3rd person action or RPG, RPG, JRPG, FPS, platformer, Souls like.

I mean, if you list 6 things to disqualify games from a list, you're going to eliminate a lot of games.

Bayonetta 3 is really high ... That's one heck of a surprise.
I hope Octopath will gain some momentum to be up in the Top 3

Probably why Xbox isn't very popular outside of US/UK/AUS.
While they have a variety of games, their focus tends to be on sports/racing, or games played from this perspective: 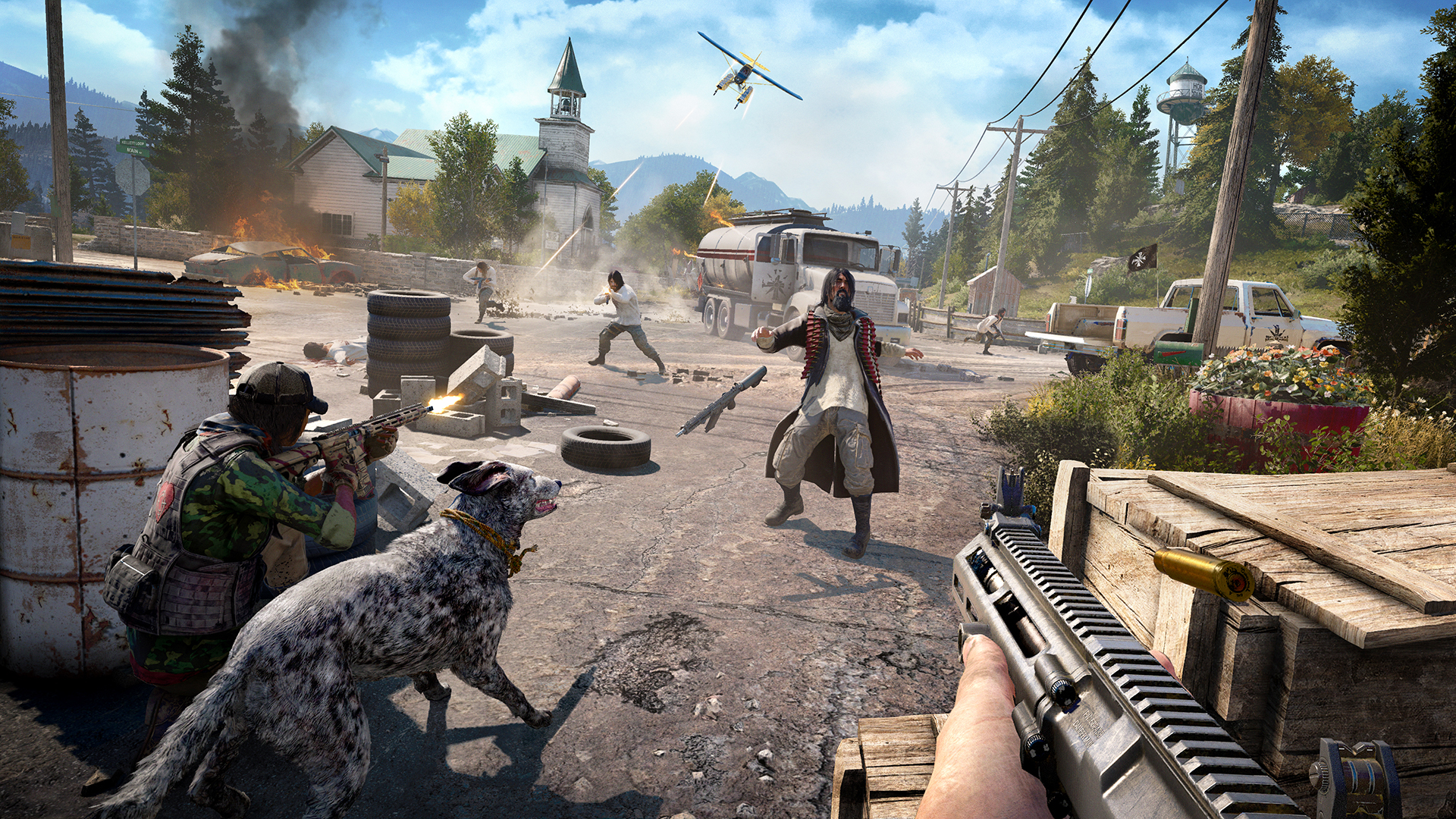 I've got to admit that whenever a game is played from this perspective with guns, I almost immediately lose interest. And I think that's true for a lot of people interested in Japanese centric games.

While I enjoyed these type of games in the late 90's to early 2000's (Goldeneye, Perfect Dark, Doom, Unreal Tournament, Counter Strike, Hexen, etc) I got increasingly burnt out by how similar each new iteration of the genre felt to me.
While there are certainly cases of repetitive gameplay elements in many Japanese centric titles as well, (and because of that I've gotten burned out with certain genres, like hack & slash games similar to Devil May Cry after DMC3) if they are particularly story driven, they can still pique my interest.

First Person Shooter arnt all bad... but yeah, in general I agree.
There are expection to the rule though: Doom, Borderlands, ect a few games that stand out dispite being first person.