Forums - Nintendo Discussion - End of the year 2017, Your Switch collection!

Those are all my games.

A little late but I've been meaning to post in this for the past week :) 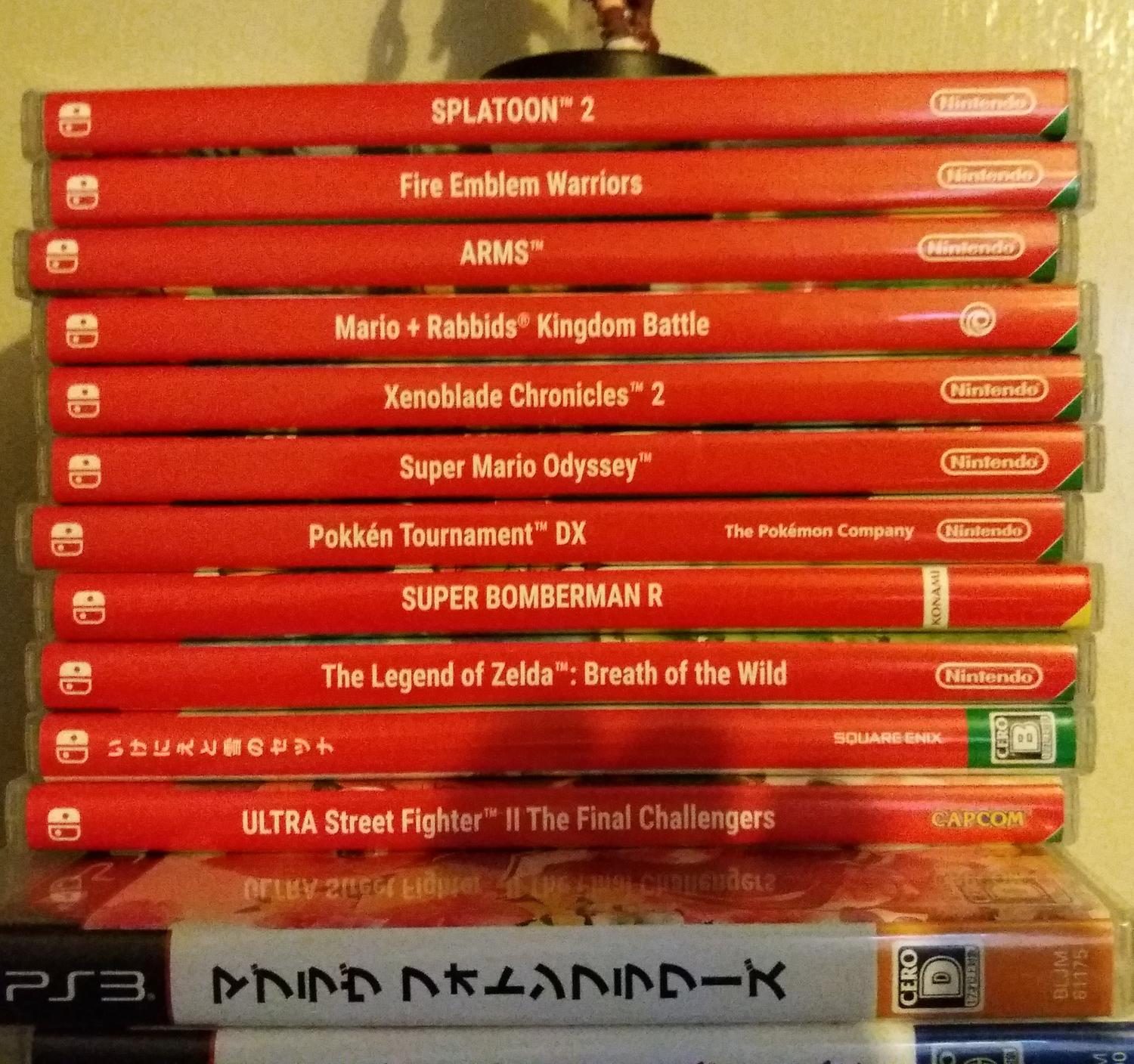 I owned Puyo Puyo Tetris but sold that a few months ago as it wasn't getting used.
On the digital side:
- Golf Story - (My Switch GOTY)
- Kamiko
- Blaster Master Zero
- Shephy
I'm still working my way through quite a lot of the games that I bought in 2017 but I'm sure that won't stop me buying a ton more in 2018 :P


I really need to get some more digital soon! But Xenoblade is taking up an awful lot of my time and I haven't even started Dragonball yet.

I got the Switch at launch and these are the games I bought for it in 2017.
They are in order of purchase.

I now have more games for this console than any other single console that I own, if Include the one that I bought at the start of 2018 Sine Mora EX. 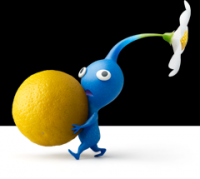 Retail:
The Legend of Zelda:  Breath of the Wild  (my primary game from launch through completing Story in August, 210 hours.  still have to play the DLC).
Fate/Extella:  The Umbral Star  (2nd retail game played to Story completion, plus a few of the Side Stories, 50 hours)
Disgaea 5 Complete  (30 hours in, still a ways to go)
RBI Baseball 2017 (my biggest regret.  game is every bit as garbage as the reviews on the other systems warned it would be)
Nights of Azure 2:  Bride of the New Moon  (3rd retail game played to Story completion, maximum bond with all Lillies, 70 hours)
NBA2K18  (I play this a lot with my friend when he comes over on Fridays)
Super Mario Odyssey  (35 hours, still a ways to go)
Skyrim  (20 hours, still a ways to go)
LA Noire  (not sure on hours, but I'm up to homicide detective)
Resident Evil:  Revelations Collection  (Christmas gift, have not had a chance to play this yet due to playing Skyrim and LA Noire)

Digital:
ACA NEO GEO:  Metal Slug 3ACA NEO GEO:  NAM-1975ACA NEO GEO:  Shock TroopersBlaster Master ZeroBrave Dungeon + Dark Witch Story:  Combat  (regret.  somebody recommended it, I messed around with it a bit, but don't see going back much)Double Dragon IV  (it really is a spiritual successor to the NES Double Dragons, if you go in looking for no more than that, it's not bad)Golf Story  (great indie game, lots of fun, 15 hours in)Has Been Heroes (it's not bad per se, but it was an impulse buy in the launch window that I stopped playing when better releases came out) I Am Setsuna  (good RPG, 30 hours in)Ironcast  (this plays like a gem matching mobile game, but I enjoyed it.  Played through Story completion, 25 hours)Kamiko Kingdom New LandsMighty Gunvolt BurstNamco Museum  (Pac-Man & Rolling Thunder, nuff said)New Frontier Days:  Founding Pioneers  (another launch window impulse, I was hoping for an Anno 1701 type game, but haven't played it much since)Oceanhorn:  Monsters of Uncharted Seas  (reminds me of an old school Zelda in ways, 10 hours in)Puyo Puyo TetrisShovel Knight:  Treasure Trove  (Shovel of Hope, Specter of Torment, & Plague of Shadows completed, 40 hours)Snake Pass  (controls can be frustrating at times, but its not as broken as some people say)SteamWorld Dig 2Strikers 1945  (shoot'em up that I had back on Sega Saturn)Ultra Hyperball  (not sure what I was expecting from this one, but it was definitely weirder than I thought.  Cheap though, so no big loss)Ultra Street Fighter II:  The Final Challengers  (bought to play with my friend which we did, but not enough to warrant what I paid for it)Wonder Boy:  The Dragon's Trap
Stardew Valley
Revenant Saga (retro RPG by Kemco)
J.B. Harold - Manhattan Requiem  Syberia This Is The Police (interesting police management sim)
Antiquia LostAces of the Luftwaffe: Squadron  (good shoot'em up with co-op play)
Romancing Saga 2 Tiny Troopers Joint Ops XL Tiny Metal  (terrific homage to Advance Wars, 10 hours in) Sexy Brutale Rocket League