You still don't get it. 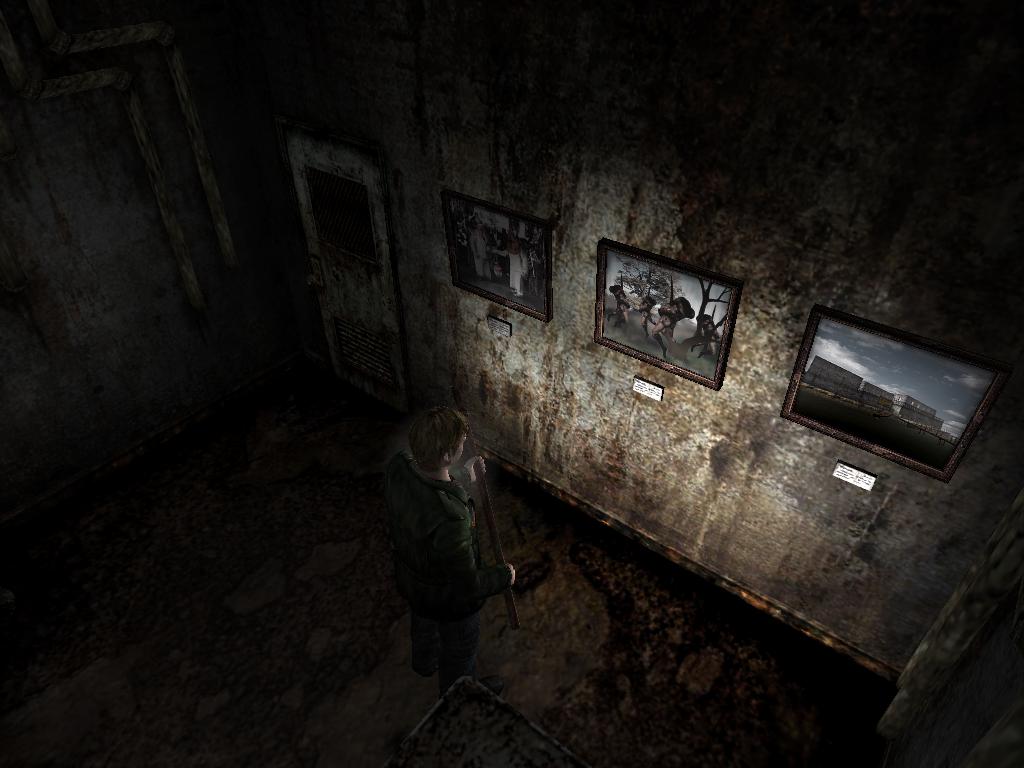 The low resolution textures, and simplified geometry forced them to put much of the detail into the textures, as a result, the overall look of the game is comprimised primarilly by low resolution assets, and in most cases, shrouded by darkness or low light, with many elements of the textures being unclear and not easilly identifiable, "is that dirt or blood, fungus or scratches, are those faces or just the pattern of the wall?" combine that with the darkness and the grungy feeling and the player is forced to subconciously fill in the blanks left by the technical limitation.

a full HD / 4K game with crystal clear assets, fluid motion and significantly better lighting may well make the game "LOOK" better, but it also strong arms back creative control from the player to the designer, giving the player much less to fill in subconciously.

And in doing so it also makes the "atmosphere" much more generic, when a player had subconcious control over what it is they think they see, the game can naturally cater to their particular brand of scary, allowing them to tailor-make the experience scary for themselves, take that element away and you may well end up with a game that scares some people and looks really good, but you will have lost the ability to allow the individual to scare themselves, and instead have to rely on shitty mechanics such as jump scares and audio queues.

Really? I mean probably yes for western indie horror. But the PS2 has most horror games undoubtedly, who made an impact and many are still exclusive today on PS2.

Really? You'd trust Konami with it? The Konami that exploits workers and chases away talent? What could go wrong eh?

The Silent Hill series is quite high on GOG's community wishlist: https://www.gog.com/wishlist/games#order=votes_total

I'm sure they are trying to get a license for that.