Metal Gear Solid 2: Sons of Liberty is a masterpiece of video game history. The story and characters are very fascinating. Have played it about 30x in my life.

PS: Hideo Kojima also predicted the NSA scandal in MGS2 (to read in the story of Solidus Snake at the end of the game). Many editors have recommended playing the game again in recent years, the game was very intelligent in the past. Much today shows that it was already reality. (NSA, the worldwide tragedy and manipulated market economy, the fight / the Patriots behind the usa ect). Especially the philosophy of the game is incredible. 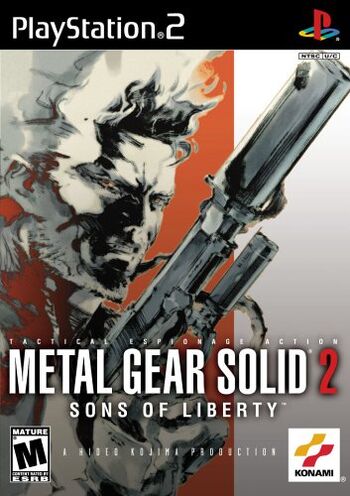 The point is most people wouldn't have taken this seriously at the time. Kojima is a visionary.

I would argue we may be shifting from organized control to chaotic control.  When media came from a few sources the gatekeepers did have the ability to manipulate.  Now, with no gatekeepers, people seek out validation of world view to manipulate themselves. It's going from Orwell to Huxley type of distopia.

The key in both is critical thought that constantly asks why we reach the conclusions we do.

And this is literally the only thing I care about as far as conversations go. I don't care about someone's title, whether they are Socialist, Capitalist, Communist, Fascist - Atheist or Religious - Red or Blue, it only matters what your view is and how you reached your viewpoints.

I would argue that chaotic control is a much better environment with which thought can be transferred. Title's allow for a more organized thought process. The mind isn't an organized machine though. The mind appreciates organization because it makes things easier but easy is very rarely the most fruitful avenue.

Point being, people will always act this way, always have, and information will always be propagated in bias fashion. This isn't the problem however. The problem stems from those who subscribe to these standards of thought as opposed to critical thought that constantly asks why we reach the conclusions we do, exactly like you say.

Highest rated MGS game on metacritic!!! Revolutionary game for its time. Critics agreed that it was greater than the original.

It is "my" opinion. Do we have to state that every time we say something now.