Nice man, Xbox one X has confirmed 1440p and freesync support so monitor users rejoice, the external HDD support is indeed much better then on my PS4 and the speeds are quite good on it.

Can't wait to get mine today :D

X1X Console has sold out in Australia and its 2nd Batch has also sold out. I told you the $650 price tag is an amazing price especially in Aus.

I have to wait for the 3rd batch of X1Xs to be delivered to get my hands on one. Ill have to use my PC for the time being.

If any one knows a place with stock please let me know so i can pick one up.

I'll have a play around with it later to see what is up. I might need a better HDMI splitter.

Looking at the console, it's a very boring looking black box. Hopefully there is a special edition later for something a little more vibrant. 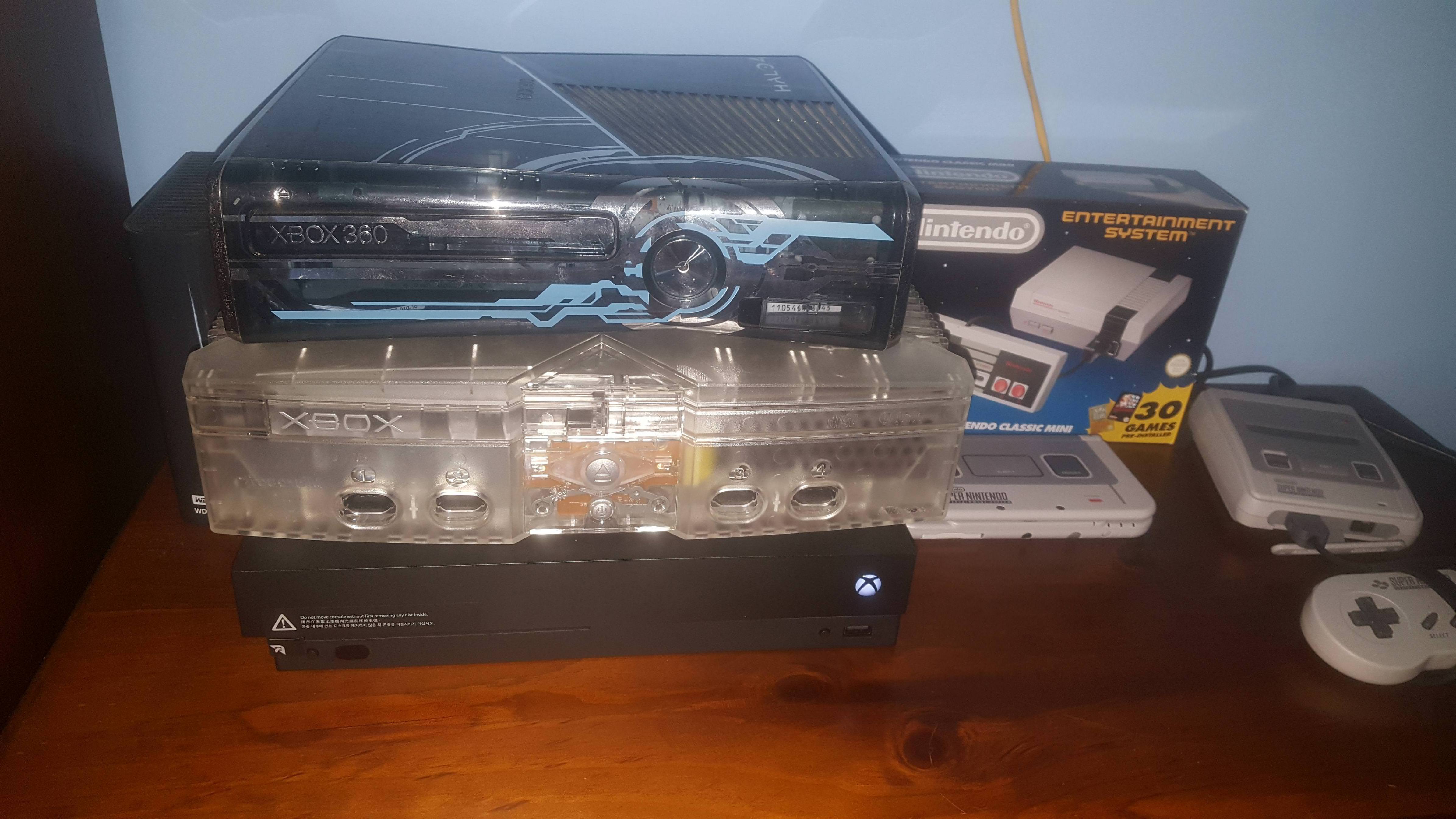 I sold my original launch Xbox One console with Kinect for only $100 AUD which went towards this... And did I mention how much I miss kinect? I am probably like one of 5 people on Earth that does. Haha

Well, regarding just jumping into a game, I like the PS4's way of doing it, like the 360 before that. Just put the disc in and go! Other than that, so far, the system is lovely!

Can't get mine until Best Buy opens up at 10.
You guys are so lucky, I also went and bought a 6tb external hard drive on Amazon as well.

I was literally an hour late. AN HOUR LATE.
So I had to get into the second wave of pre-orders. Haha

Played some Overwatch. It's now locked at 1080P, it still looks soft on my 1440P display though, but way way way better than what it used to be when things got hectic.

Downloading updates for Halo Wars 2, Halo 5, Diablo 3 and a few 360 titles. I'll give them a spin later.

Didn't a few Xbox 360 games have mandated installs though? Can't remember. Feels like a generation ago. :P

Main reason for the Xbox 360's precedent is that... There were variations of the console with no internal storage.
Some consoles came with 256MB, some with 4GB. - So developers needed to keep those console in mind.

But it was better overall IMHO.

That shouldn't happen. At least I think the default setting should be that they are automatically updated.
You might wanna go through the settings, there is an option to automatically keep the games updated and it works quite well. Maybe it's just disabled?

Ordered mine from GameStop. Scorpio Edition, of course. According to my email, it won't be here until the 8th. Unfortunately, I go back to work after a week off tomorrow night. Unless it arrives tomorrow morning, I won't be playing it until Thursday morning. 😢