it reminds me more of Rune Factory than Story of Seasons (Harvest Moon 1997-2013) in regards to story and upgrading.

* Days feel more varied, like, I can finish all my farming stuff between 6 and 10, then spend all the rest of the day doing other things -- like exploring the town. This is more like Rune Factory, as Story of Seasons felt more like a trade off if heading into town rather than spending all time on crops and money making. It feels like more can get done in a day, and you’re not constantly fighting the clock - and there’s always something to do, so it’s not like you get to 1pm and call it a day; I find stuff to do every day until 11pm.

* A flaw common to both this game, and the others, is that there is no good in-game resource to tell what the best thing is to do with items: gifting, crafting, selling, etc... So like Rune Factory/Story of Seasons, you’ll spend a lot of time in the wikis. It’s my one pet peace with these games.

So far, it’s no Rune Factory Frontier, but I already have much more than my money’s worth. For the price, the game is a steal, it’s worth at least 4X what it actually costs; as any Story of Seasons or Rune Factory game will cost a lot more. I highly recommend it. 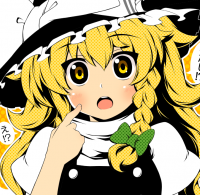 it's kinda sad to me that harvest moon is not the "best harvest moon" out there anymore,but that's just nostalgia talking. Stardew valley is a really great game,and i'm happy with it.Highly recommend it too.

I'm really liking it so far, and I can't usually play games like these without getting bored (specially AC). The character has not enough energy, thpough, once you really start to grow bigger crops, you can't water everything without having to use part of the harvest to eat. And the sprinklers don't cover near enough space.

You can increase your energy.

I know, I'm savescumming on the Fall Festival to get the magic purple fruit. Still, the powerup is not nearly enough for what I need.

I think, one thing I’ll mention is that Stardew Valley is not as convoluted as Story of Seasons or Rune Factory Frontier, so you sort of always know where you are heading with what you are doing.

If I were to rank games of this sort, it would be:

Just my personal opinion without getting too granular. And I think Rune Factory Frontier has a comfortable lead in #1, and Stardew Valley a comfortable #2. If it weren’t for the Runey system annoyance, I’d say no question in the #1 game, but for some people the Runey system will spoil Frontier - for others (like me) either a minor annoyance or trivial issue.

Really like this game, and my daughter really liked it. And left her iPad(playing Minecraft) for a while. She is hooked and learned the game fast, maybe due to the similarities she saw from Minecraft.

I am enjoying this game far more than I thought I would. My girlfriend has recently picked up a Switch of her own and she saw me playing this game - she liked the look of it and now she owns it too.

The game came at the worst timing. I have a bunch of assignments that I need to work on, however, the addiction is real.

Wikis are for the weak! I'm enjoying figuring things out on my own instead of how in Animal Crossing, the only similar type of game I play, there's a bunch of tutorials giving the game a slow start.