Nintendo will win this year if it can make enough Switch's. but it probably won't be able to make enough due to parts shortage so Sony should win this fiscal year, but the one starting next spring I would expect Nintendo to win as I think Switch and ps4 will sell about the same amount but 3DS should still be selling maybe close to 5 million on top of Switch's numbers. And after that year ps4 will be past its peak while Switch will still be rising, though 3DS sales will disappear but Switch rising to peak vs ps4 past peak = Nintendo wins for a few years in a row.

shocked at PS1 sales after PS2 came out. I mean it had full BC and pretty low starting price yet PS1 still sold so many millions.

Do we think Nintendo will beat their new forecasts?

Also, I hear PS4 will be down this FY from 20M last FY, due to over shipping last FY. (even though sell-through will be up YOY helping to clear last FY's stock)

BTW, Do we still get PS Vita numbers, or are we just going to use estimates now?

This is the final quarter of the fiscal year, so each company's projections are going to be very close to actual shipments. If Nintendo beats their new forecast, it likely won't be by much.

As for your next point, yes, Sony forecasts that PS4 will ship 19M for FY3/2018. In order to reach this, PS4 needs to ship 2.5M more in this quarter, which is in-line with how much they've shipped in previous Q4s.

Finally, no, we don't get PS Vita numbers. Sony stopped revealing precise shipments for any of their consoles in 2012. When PS4 came out in 2013 and was successful, they started sharing those numbers, but PS3 and Vita are mysteries after March 2012. 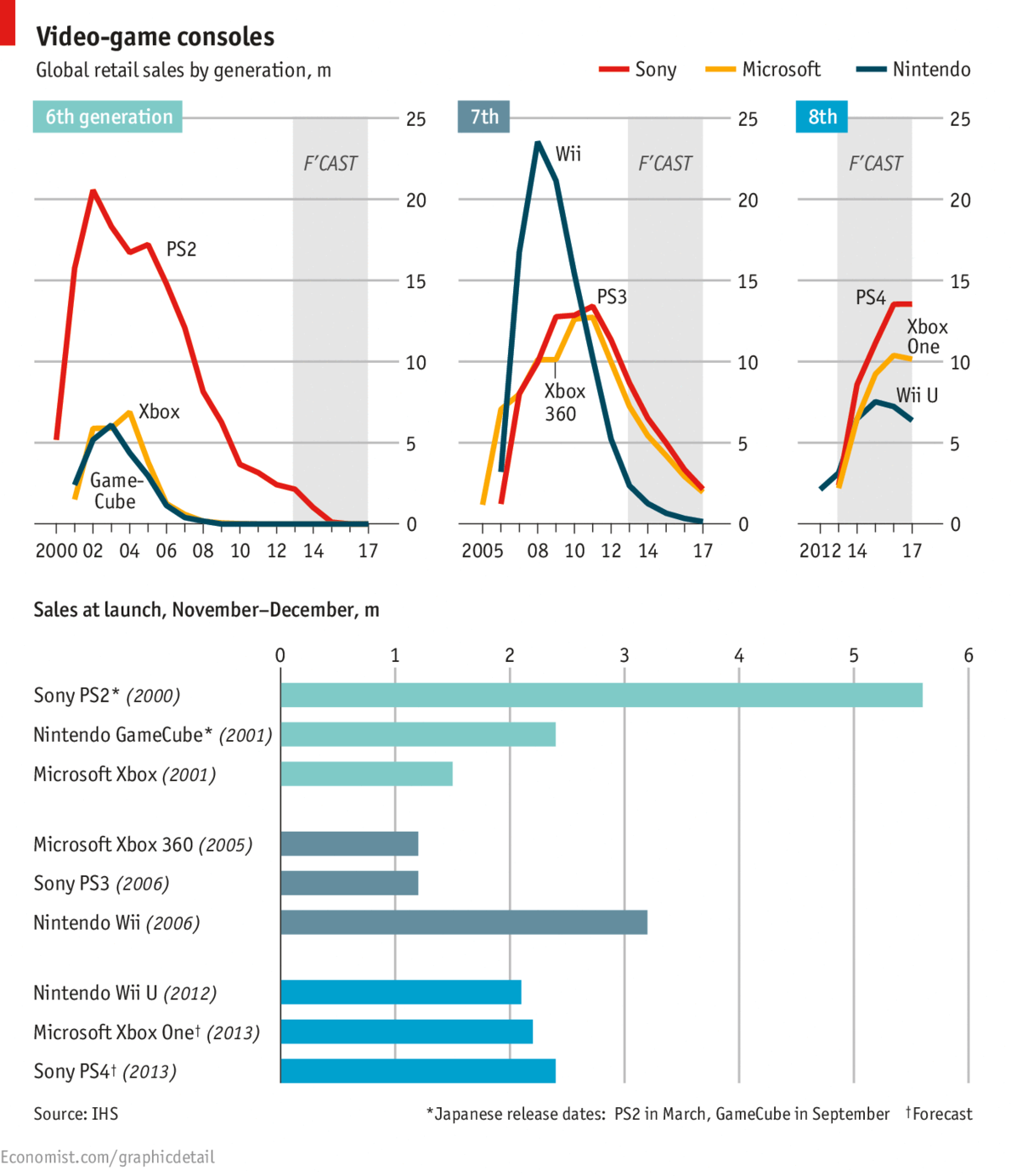 Is the Switch counted as a home console or portable in this thread?

Nintendo really was the dark horse to bet on last FY. Surprising that they won. Then again Nintendo is #1 in the hardware business for a reason.

Previously, I was counting it as both, but now I'm just putting it in its own category.

Interesting. I guess the results in the poll will be exactly the opposite (since Nintendo expects to ship 24m HW and Sony 16m).