OK, I think we must agree to disagree.

It's obvious that any of Nintendo's successes are just blind luck. They are merely the embodiment of the infinite monkey theorem, through mathematical surety, it was inevitable they would eventually make all the right decisions.

The only time it can be assured that Nintendo have intentionally accomplished anything is when they fail.

I'll admit FIFA has caught up, but I think its been mostly Europe that has been carrying the sales of the games, since its because of the obvious. For Pokemon, its still huge worldwide, not just in Japan. Like you, I don't know if I give games like Destiny and Overwatch a nod up in the ranks of Pokemon and Mario, at least not yet. I'd probably give Warcraft a nod within the top ranks, but other than GTA, CoD, and maybe FIFA, Mario and Pokemon remain among the strongest in the gaming industry. For the latter two, they've reached beyond gaming and have garned status in the overall pop culture. Even if you haven't played a video game, you would at least heard about Pokemon and Mario.

And I agree with your last statement and I think this notion about "Nintendo is lucky" is just as ridiculous as saying "Sony is lucky" during the 5th generation. 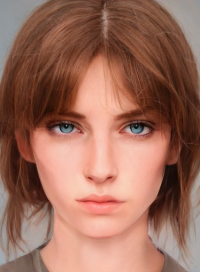 NES was the one that kept everything from dissolving. PSX initiated the tradition of discs and the Xbox was the forerunner of online. So definitely those three...

Gameboy nes and the ps2

The PS2 certainly did not make gaming as popular as it is today on it's own. And without PSX's stunning succes no PS2 at all. So by definition the PSX has more significance.

That doesn't mean that they didn't have an influence for the future. Plus handhelds are consoles regardless, even if they aren't "home consoles."

N64 also had Turock (this may be misspelled) which was huge at the time.

Truth, and you can even say that they influenced Sony to make handhelds as well as push Nintendo in this new console direction. Hell even Wii U was built with some portability in mind.