Forums - General Discussion - What are your fears/phobias?

hm.. my "fear" is similar but a bit different

the mental image of swimming in the ocean with gigantic structures/boats around is very disturbing to me, like swimming very close to the huge rusting pillars of an oil platform with thousends of meters of water below me

What a boring place!

I don't fear it, I fight against it!

No one with Cynophobia? (fear of dogs)

Specifically dobermans (really hate these dogs), when I was young I was bit by one that knocked me off my bike, on my way home. So close to home, but fear stricken, I couldnt move, I just curled up into a ball. Eventually the dog(s) ran off (there where two of them) (a neighbor saw me, and came and scared them off). I got home, and in any case I was with a friend that got back to my home and told my parents, that then quickly came.

A house owner, near a field didnt treat their dogs right (these dogs hated humans), and didnt bother to walk them, they just opened a gate and let them run around outside in the nearby field.

My dad was enraged, he and the father of the friend, got some bats and went out looking for the dogs.
They didnt find them, they where back inside with their owners. However they where put down (not sure who does that sort of thing) because of a complaint about mistreatment of the dogs (I wasnt the only one they had attacked, it happend often).

Today my fear of dogs is much better though. Its also not tied to the size of the dog. Big friendly dogs = okay.

Big aggressive dogs that bark and jump or run around you.... yeah I seriously dislike that.

Even if I know the dog is fenced in, I try to avoid getting close to such dogs.

Ironically enough though I love to swim.

My mom has that.

She loves to swim too, but really doesnt like getting her head below the water.

Guessing your not a fan of snorkling either?

I don't know I guess insects in general, not because I fear them but because they are very disgusting. 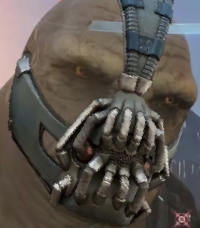 Some very interesting comments here but I disagree with all of those who hate spiders and insects. I think those are very fascinating creatures especially spiders.

Back to topic, I would say my one and only fear is being in an airplane I believe it's called Aviophobia and some also call it Aerophobia

I'm not afraid to under water, just get freaked out when I find my self in situation where I could potentially drown. I've never snorkled, but I have gone Scuba diving quite a few times, also use to go surfing ever summer when I was living in California.

I had experience where I got stuck under a set of floating stairs in a pool when I was kid and partially drowned. Ever since then I've had a fear of drowning. The only times I've freaked out since I had few times while surfing I tossed pretty badly by waves, disoriented, and got to point where I lost enough oxygen that I pissed myself before getting to the surface. Every time that has happened I'd go weeks without going into the water.