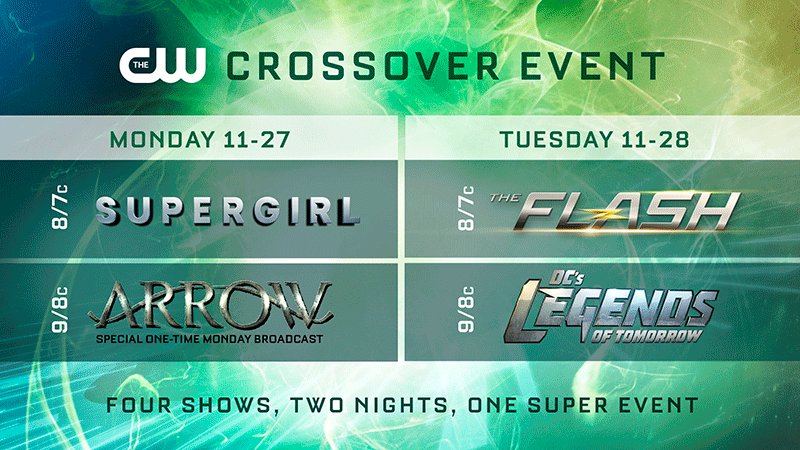 Almost got spoilered by that post that mentioned the Supergirl season 2 finale. I don't know how many episodes are left, but over here the finale can't be far away anymore.

I watched the season 3 trailer for Supergirl though. It's like the worst trailer ever, but I'll watch it anyway. The show being trash hasn't stopped me from watching it until now, so why should I stop?

What I found really weird is that Supergirl got moved from 10:15 p.m. on Wednesday to 01:30 a.m. in the night from Tuesday to Wednesday. It now airs after the freakin' Legends of Tomorrow. They pulled off similar bullshit with Mom which they first advertised with new episodes in a doubleheader and after only three weeks the show was moved to I have no idea when and which day.

EDIT: I suppose it's inevitable that there will be more Arrowverse crossover episodes, but is that really necessary? Supergirl was so cool that she felt out of place with all those other people who dressed up in silly costumes and had no or crappy superpowers.

Finally watched the final episode of season 2 and I have to ask how it was predictable. So many crazy things happened.

Did you notice the repeated carefully timed explosions in the background when Supergirl fought Superman? That should give you a hint that you are watching a kids show.

That is, a kids show with a super strong dose of feminism. All those speeches about how awesome women are, then that lesbian relationship...

Why in the world would you expect logical plots and stories from a show that is not much more than Power Rangers with better choreographed fights and special effects? 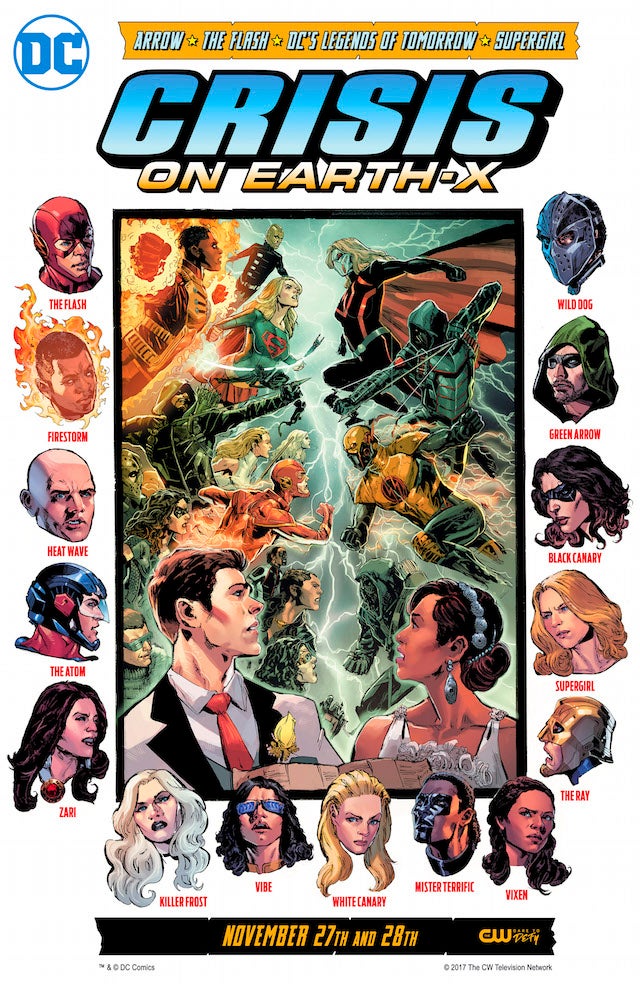 The CW today announced that the 2017 Arrowverse crossover will be "Crisis on Earth-X," a story that will pit the heroes of the Arrowverse against evil doppelgangers of themselves from Earth-X, a universe where the Nazis won World War II.

The Ray will be played by Russell Tovey. 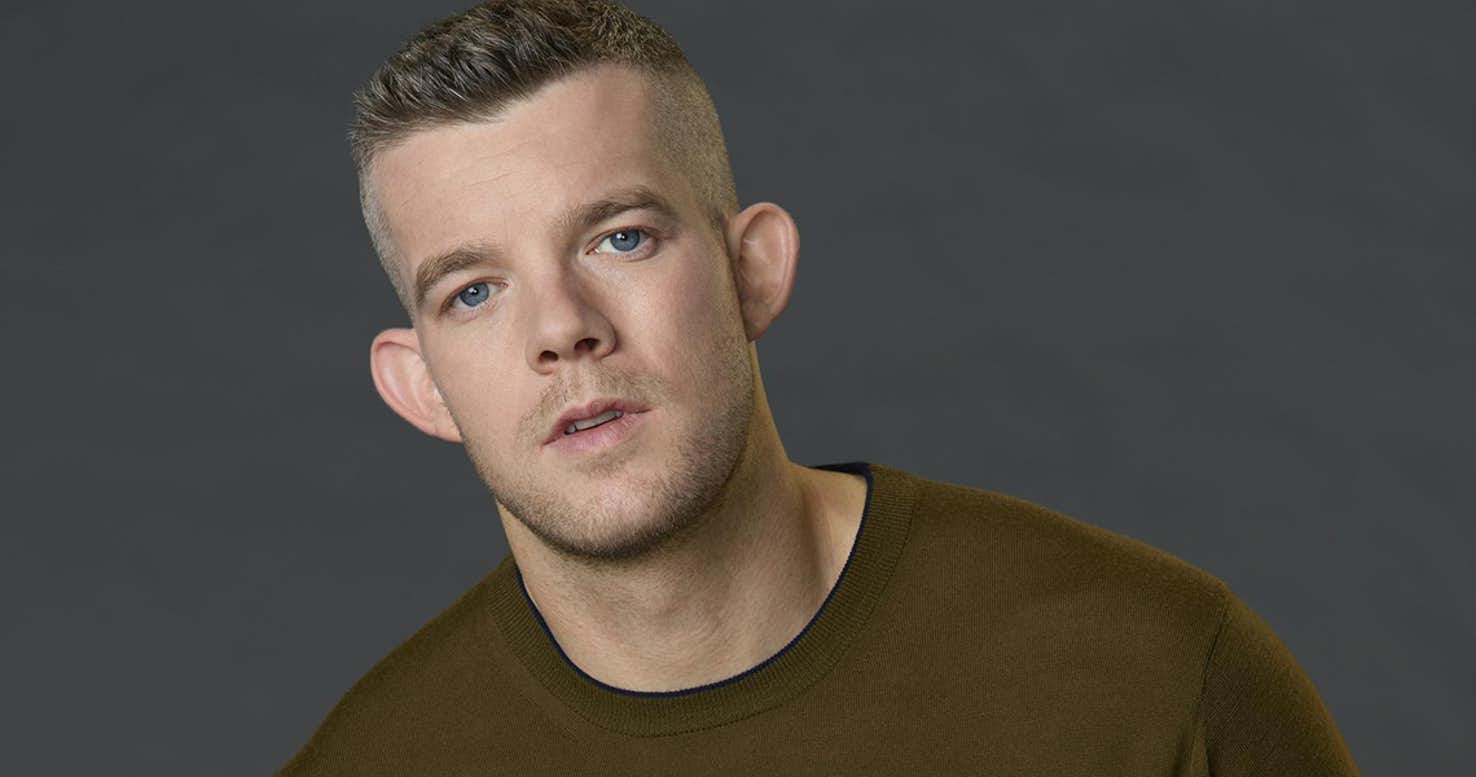 Started off weak, typical CW show where the major plot point at the end of the previous season gets resolved 10 minutes into the new season

I'm not really caring much for The Thinker right now, he doesn't seem intimidating but it's only been three episodes so meh, I don't have a clue what his goal is with these people, they all seem so different.

Second episode was more fun but still a bit average, Iris was being slightly annoying too, I hope she doesn't become a clone of Season 3/4 Felicity on Arrow, It's weird to see Julian just vanish (It was explained though) and I'll miss him but I can live without him but I'm glad at least one Wells is back. Third episode was good and funny, I knew they would get rid of Kid Flash though, It was obvious they didn't have a clue what to do with him and he's just being completely wasted on The Flash, I don't know where else he could be used though, maybe Legends? Might be a bit too OP.

Hope they don't rehash the same Killer Frost story too.

Like The Flash it started off with the typical weak CW opener, nobody anyone gives even the slightest damn about died, I was hoping at least Evelyn and Curtis would be taken out and I knew Thea wouldn't because they've already outright stated that they won't ever kill her off so this coma plot is just eh, whatever, she'll be fine.

I do think that (Which I really don't want to happen) Diggle will die later in the season, It seems to just be setting it up perfectly, his injury he won't tell anyone about, his injury holding him back and now Oliver putting a bullseye on his back (Which was stupid, hey Dig I have a kid now so I can't risk my life but you can, fuck your kid

) Diggle's death will cause Oliver to return as Green Arrow and feel bad for ever putting him in that situation, especially since Diggle was just about to tell him about it or none of that will happen and Dig will just get a little hurt and Ollie will feel bad xD I think Ep 1 was decent and Ep 2 was good though for the most part.

Diggle and Black Canary have too much chemistry, anyone else feel awkward watching their scenes? I'm just thinking he's already got a wife and kid xD I thought Oliver's kid would be far more annoying too but he's been alright so far and I hope we see a good amount of Deathstroke this season.

Interested in seeing who the main villain is (I guess it's that woman that came out the river) and what her powers are.

Flash is fun and chill. Arrow is bit depressing and don't like evil Laurel thing. Still haven't finished last 4 episodes of Legends season 2. Kind of lost interest even though it was mildly entertaining.

Might stop watching Arrow and catch up later when season is done.

That was a great episode of The Flash, I loved Elongated Man, hope to see him a lot more, his powers are great

Breacher was cool too.

That last Flash episode was just......Wtf? Elongated Man saved that episode as most of the stag do was great comedy, the hen do however with all that Team Female Flash, Team Feminism felt incredibly forced, the episode just felt like it was meant to try and make Iris feel useful as Caitlin has always been an important member of Team Flash (Though for whatever reason they let the severely malnourished guy they were 'saving' just run off...)

I thought Caitlin's 'Boss' was interesting but her powers are a bit meh, why doesn't she just create a full metal suit with her abilities? Elongated Man is the highlight by far this season and The Thinker looked ridiculous in that floating chair

Episode 4 - Boring Olicity junk, I forgot most of the episode already, I really hope that Young Felicity doesn't stick around, we already have Male Felicity and Real Felicity, I love the actor of the main villain but I still can't bring myself to give a damn about Helix, at this rate the season finale will just be a 10 minute hacking fight between Felicity and Cayden

Still, I'll say it again, Black Siren is so much better as a villain.

Episode 5 - Hype AF, What a turn around from last weeks boring ass episode, I think that Deathstroke fight scene sequence is one of the best yet for Arrow, Give me that 18+ Spinoff Show they are talking about already! (I seriously doubt it will happen though as Manu says himself, It's up to D.C and I don't see them doing it if they're also doing a Deathstroke Movie)

Viligante's reveal was meh, probably why they put it in a Deathstroke focused episode but it's still interesting about him being a Metahuman but man, Deathstroke stole that episode so I couldn't really give a damn about anything else that was going on

Currently 2 episodes behind but I just want to say that it sucks that Wentworth Miller is stepping down as Captain Cold.

Yeah that Deathstroke fight scene. It's so good to have Manu Bennett back.

Sadly I don't think we'll see him again for a long time, It sounds like it was hard just to get him back for them two episodes because of the WB Film Branch and we definitely won't get a Deathstroke spin-off until after The Batman airs.

If it were to ever happen though, I just hope it won't be CW Network, Manu has been pushing for an R-Rated Show which would be best and that would definitely rule out CW. Netflix or Starz would be great choices, I really hope it happens eventually, he was such a beast in them two episodes but that's likely as much violence as CW is comfortable with

I can't really think of any villains for his show though, I assume the plot would be him trying to track down his son which wouldn't be that interesting Imo and I don't really have a clue about D.C Comics and who Deathstrokes main enemies are, I'm sure they'll be quite a few mercenaries that would give him some trouble though (Not Deadshot sadly...)