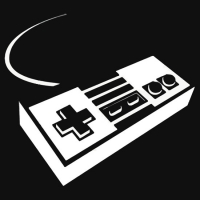 This highlights of the problems with scores. Each person understands scores differently. Many people just give 10/10 for any game they love. Many people subscribe to the notion that 10/10 means perfect, and since nothing is perfect, no game will get 10/10.

Ultimately for me scores are just meaningless, and saying that you loved a game means so much more than an arbitrary score.

On topic, I guess I'll list some games that are masterpieces close to perfection.

Also I'd like to add that Pokemon could never be a 10/10 since the games are made worse on purpose to make more money (Along some others, but this is the most glaring example). They withhold content to sell more copies. They don't even care about making the best game they could, and it is too obvious that the game could be better if they focused on making the best game they could instead of selling most copies. I just get very annoyed because I love Pokemon, but I know it could be so much better if the developers cared.

a 10/10 game isnt perfect... for me its saying it delivered on everything you wanted in that genre/world, and even suprised you with more or better things than you hoped for.
that is a 10/10 for me. and games such as starcraft, ff7, baldurs gate II and witcher 3.

I can also see other perfect games (that I didnt happend to enjoy as much) such as Tetris, its a perfect puzzle game. No doubt about it. And I still play it sometimes, but its never that "wow" feeling.

Digimon World (PSX, 2000) : Flawed and bugged, but one of the most complete game I have ever played. I played it once a year since I was 10 years old, and 3-4 years ago I still learned things about the game.

The World Ends with You (DS, 2007) : Tetsuya Nomura's masterpiece. The game's "flaws" are mostly subjective, most notably choices concerning the OST, but they make for the perfect setting. The plot is Nomura's best, the 2D graphics are not only but beautiful but also stylish as hell. I want to play it again right now.

Lonely Yuri (Kodoku ni Kiku Yuri, Windows, 2011) : My favourite Visual Novel. It's incredibly short (2-3 hours), and it's a kinetic novel so it doesn't have any choices or interaction other than click-to-continue, and I could talk on and on about how perfect the sprites and CGs are, or how great the light and relaxing background music is; but all that really matters is how much the story touched me. I can't explain why this light hearted story touched me so much, and I know this game is definitely not award-worthy, but I loved it.

I've really only got one:

Breath of the Wild may be the second one, I'll get back to you on that once I finish it.

Ive never scored any game as a ten out of ten. I've never played a game that was best in class in all categories during a playthrough.

Its funny that you say that 10 out of 10 isnt perfect, but yet thats what such a score would literally imply. I percieve 10 out of 10 to be the generational benchmark if we are to analyze how the industry reviews games. The problem is that in hindsight the benchmark no longer holds true as gaming evolves.. They are saying Zelda is the open world bench mark. Perhaps it is, but as a product overall it still must be judged. As ive told someone, ive been wowed by games before and never thought to give them tens.

Okay, well I remember "SUPER PLAY" here in Sweden used a horrible 100/100 system (IGN still does, sure its a ... I forgot the english words for it, but 6.7 is just like 67 if you get what I mean?) The thing is, I can actually agree with what you said about what games deserves a 10- for ex by your criteria I would still give Starcraft (that not only had an impressive singleplayer campaign but also added a great multiplayer service & matchmaking services, which no other RTS could compete with and a fantastic friendlist system and chatroom services) or mario 64 with its joystick for a controller that suited an open world perfectly, while introducing the genre into the 3d graphic world, while showing how much better it could be when you can explore in any directions.

But as I wrote before, 10/10 for me can also be a game in which everything is delivered- and more.

I look at witcher 3 or persona 4 and goes, by my checklist... everything we fans wanted was delivered, everything- but much more gameplay to have. That is a 10 in my book. When you make the 9/10 game I always wanted, and just add more content to it and also some suprises. We cant have a system, in my opinion, where we give the same awesome game 9 and 9 and 9 and 9 while it improve massively everything between each title. Because that is missleading as well then. If you try persona 3,4 and 5 you can see what they added on. and giving all 3 a 9 feels missleading to the players or developers who has improved on each title. I speak for fans now, ofc someone new to the game could think persona 5 is a 9 or even an 8.

What im trying to say is: you can make the perfect witcher or persona game for us fans, and it deserve a 10 in my book without revolutionize the genre but instead take everything the fans wanted and deliver upon.

I haven't really thought about personal scoring that much before, but I do have a lot of games (roughly 1,700) and favorites. Here are my top all-time favorites to date, all of which seem pretty perfect to me:

PC:
Starcraft: Brood War
Warcraft 3: The Frozen Throne
Heroes of Might and Magic 3