Breath of the Wild became only my third 10/10 game, an achievement that I didn't think would happen ever again for me.

The Legend of Zelda: Breath of the Wild

I rarely touch old games, but even if I did, I feel like my judgement won't be valid because I'm quite young and started gaming in 7th generation and used to these standards already.

Also 10/10 doesn't mean flawless, it just means that the games strong points are so strong and big in number that I'm able to overlook every flaw in the game.

As you can tell, I like open-world games. It's all about prefrences, bias, and opinions. If the world was devoid of bias the world would be boring, and I wouln't be making this thread. But too much bias isn't good either.

Also it's okay to question me why I think these games are a 10 to me.

You guys are tough. I have so many. 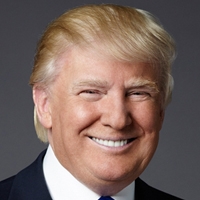 I've got way too many.

(I surely have others too)

I've been playing videogames since I was 5, so I actually have a bunch of them in my list. To name a few:

I could go on, but those are the first ones that come to mind...

I also agree with you when you say 10/10 doesnt mean flawless or perfect, since theres no such thing, but whatever negative points these game have, they are merely nitpicks, their virtues overshadow everything else - For me, that is.

I don't usually rate the games I play, so my 10/10 games are likely to be the ones I have enjoyed the most. In that case:

Shadow of the Colossus, Metal Gear Solid and Final Fantasy VI are my top 3 games of all time, but I wouldn't give any of them a rating higher than 9.5.

The Last of Us and Bloodborne were amazing as well but I don't list new games so high because I'd like to first know how well they hold up a few years from now. That said, old games are skewed by nostalgia and new games amplified by hype so I just don't really care much about scores, rankings, comparisons and stuff anymore.