I didn't buy it, but a friend of mine did. Amazing console: fun, easy to use and portable.

SnipperClips with 4 players is incredibly fun. I can really feel a Wii vibe there.

I don't know if it will be a financial success, but it's a giant leap forward for Nintendo. 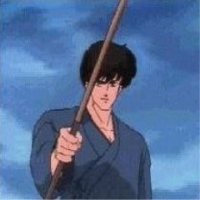 I've had alotta time to play around with mine so far, Feels really good in handheld mode, though I was deathly afraid of scratching the soft plastic screen. I got the amfilm glass screen protector. First one I screwed up but got the second on perfectly. Feels REALLY good now. I have tiny hands, almost like a kids, so the joycon is perfectly comfortable in my hands, though I did get a pro controller, which is amazing. I haven't spent near as much time playing zelda as I'd like though, only 15 or so hours so far.

Overall I really like the system. Makes it hard for me to go back to my new 3DS XL which I just got my hands on two weeks before the switch. It feels so premium compared to the feel of the 3DSXL, Honestly it's a similar feeling to the Vita, which still feels very premium all these years later.

I love it , the design of the system is nice to look at and the joy-cons feels nice. It's motion controls feel damn near perfect, playing just dance 2017 was fun with them. Also fast rmx is a nice example of hd rumble feature. Zelda is so well worth the price of the switch and the new zenoblade, mario, splatoon, mario kart 8 deluxe, arms , skyrim, alot of future games for me to get as well. Also will get : Lego city undercover for the switch as well next month

After nearly 3 weeks I've warmed up to handheld mode. Zelda is just too good not to play any chance I get lol. Since the sound in the game is pretty low key it works surprisingly well on a little screen with build in speakers.

However it still doesn't feel comfortable in my hands. Holding ZL down while using the analog sticks I can feel it slowly slipping from my hands and have to prop it back up occasionally. Plus motion control is pretty akward with the joy-cons stuck to the screen especially when gyroscopic drift makes you have to turn the whole thing more and more. And ofcourse those turn the controller upside down solutions don't work at all!

The grip feels much better now after a few weeks. It feels strange to pick up a ds4 again. It's still not entirely comfortable (a bit small with the analog sticks too far on the outside) yet I'm used to it now and just as fast as with the good old DS4.

Anyway Switch is both genius and pure evil, as it eats up all my spare time since it's too easy to pick up and play anywhere anytime any which way.

Yeah the handheld mode takes some getting used to but holy crap is it impressive.  Seeing Zelda on it or FAST RMX on it...it takes a minute for it to sink in that you are playing it on the system.  Not on a sceen that the system streams to, no, actually ON the system.  It's mindblowing to go from the New 3DS or Vita even to the Switch.  It even melts the face off of 95% of tablets and phones with only the highest end ones putting up a fight and those all cost much more without facotring in controllers. 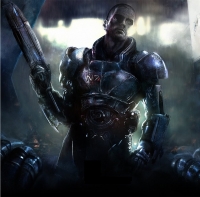 I initially pre-ordered mine with plans to flip it on eBay for quick $100 but after I got it I just couldn't bring myself to sell it.

So far I have been much happier with it than I expected to be!

The joy-cons are tiny but much more comfortable than I expected them to be.

I hold them individually with BotW because I prefer it to the adapter that it came with.

Even holding them sideways feels right in the hands be and my wife and I are looking forward to play Mario Kart 8 when it comes out next month.

I love the fact that I can take it from the living room to the bedroom like I did on Sunday night while my wife was watching TWD.

Overall I think that if Nintendo can provide a somewhat steady flow of quality first party titles this will be my favorite Nintendo console since the 64.

Oh, I'm surprised I haven't posted my thoughts on the system yet. Well, I'll do that then.

Honestly, I don't have much to say about it. I've played it dominantly on a TV, so I don't have a full grasp of the system as a portable. It is pretty thin and comfortable though in my hands. The joy-con controller feels good as well. The system is surprisingly simple, and I'm okay with that. I've been having a blast playing Zelda on it. I'm eager to try out more games on it after I finish Zelda, as well as when more titles roll out.

I want to get Binding of Isaac too but can't find it anywhere,wtf?

i know it's out now,so where are they?

theres so little stock of everything switch (I also had a lot of trouble finding bomberman)I think this systems success was not expected.

Wrong, this is the Nintendo way of doing bussiness... Create a lot of demand, so they can still charge premium Xp

I am happy with my wiiU and the few exclusives im getting now at a low price ^^ But reading all the experiences here, Im getting hyped about buying a switch in the not so far future.