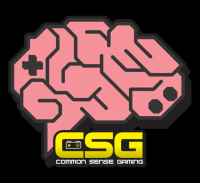 In all seriousness, I think the Nintendo Switch will be a success, possible a big one, but not Wii levels. Japan is probably going to eat it up, and most core gamers in the West will see it as an afterthought. It will pull in some Wii Generation parents just from brand recognition though. It's pitched in a simple, easy to understand manner, like the Wii, and no one has confused it for the Wii's new controller. That's a big success for Nintendo lol.

At the moment YES.

But if the switch in general will be a success (like selling 10+ mio first half year) people will really fast get used to pay good money for real aaa games if they can play thise on the TV (console like) and on the go as well.

Its not like people wont get skyrim for 25 bucks on the appstore but get a NX and get is for that thing for 25 bucks if the quality is pretty much the same. And i dont think it will take long till we see detachable controllers for iPhones/ipads/galaxys and co, IF the switch is a success.

The Switch seems to have gotten a better reception than the WiiU, not only with the core gaming ausience, but with the casuals as well. All signs look like a comeback for Nintendo and the Switch being more successful than the WiiU.

However, 100m seems like a lot. Very few consoles reached that mark (GB, PS1, PS2, Wii, DS). For that number to happen, the market has to be just right. The GB was very cheap and had almost nothing to compete against (plus Pokemon and Tetris, two behemoths of their time), the PS1 was cheaper and took advantage of the problems of the N64 and the Saturn, the PS2 pushed itself not only as a console but as a DVD player while keeping the advantages of the PS1 above its competition, the Wii was a concept NOONE saw coming and was a hit due to les core audiences loving it and its competitors messing up in a variety of different ways, and the DS was the peak of the handheld market before mobile swalowed half of it.

The Switch will have to compete against two already established consoles and their derivates, a healthy PC market that keeps growing, and specially the monster of mobile gaming pushing handhelds out of their confort zone. Competition is a barrier for the Switch, and even if it's successful, it doesn't have the same potential growth as the Wii-DS, just because the market is so crowded.

With that said, I'm confident the Switch will put Nintendo back in shape. The format they chose has a lot of potential, not only as a good-looking product for both casuals and core gamers, but as the base of a hardware family that could appeal to a lot of people (a handheld-only unit for Japan, a home console only version as a bargain device, XL and mini models...). Even if it ends up selling only 60 million in 6 years, the Switch will allow Nintendo to put all their software effords on the same console, meaning more eficient profits.

Just tagging, I'll read all of that later. But I'm still gonna get two of those bad boys. I'm not kidding.

It will be lucky to sell 50 mil

So nothing of substance. That puts my mind at ease.

Seems like a lot of people learned close to nothing from the previous generation and their failed predictions.

I keep hearing how wiiu wasn't well received. That couldn't be further from the truth. Reaction on vgc was extremely positive and there was post after post praising the concept and stating with absolute confidence that it would surpass the wii. That didn't happen and NS selling better than perhaps even ps4 is just crazytalk.

I still remember the threads claiming that it had won Japan before even coming out because it was getting a Monster Hunter game. We all know how that turned out.

Most people simply don't game outside their houses. Things have changed. The sooner people realise this, the better. But something tells me that even if it fails, there will be similar threads in like 5 years arguing that the next ninty console will sell x, because NS wasn't a good concept, it had a stupid name, or whatever. Mark my words.