I am listening to this right now. No idea if you can drive to it, but I am doing so

I always thought 'Walk of life' by the Dire Straits is a good driving song. Especially in a summer, open windows one hand on the window sill sort of way.


My only advice is: Stay clear of the Autobahn. It's fucking boring. Like drivers falling asleep on the wheel boring.

People always have this idea that the Autobahn is awesome because you can go as fast as you want (wich isn't true in the first place most of it has a speed limit of 200kmh) but the truth of it is, humans have no organs to measure speed, only acceleration. So unless you're accelerating and slowing like crazy (wich, you guessed it - you're not allowed to do) You're not even going to feel any diffrence to whatever the speed limit in your country is. It's a convienient thing to get from point A to point B relatively fast, though.
Nürburgring, now that sounds fun, though!

Seeing that you have two years I'd reccomend you to take it slow.
You get so much more out of the individual countries and their landscape and culture if go go off the beaten track and explore the little roads in the country side.
My dad and me used to drive around europe every summer, and we used to get really accurate cardmaterial of everywhere we went (Cards made for trekking and stuff that show even the smallest path) and just stop and live out of his old VW campervan when we found a beautiful spot. (I know hippie as fuck, but as far as I'm concerned it's the best way to travel now. :P)

Some of the small mountain roads can get pretty challenging with an old bus like that, I distinctly remember crawling up some very steep ones in the Alpes and Pyrenees in first gear and being afraid we'd just roll back down! XD

...also tell me if you need a place to crash when you are in Austria. 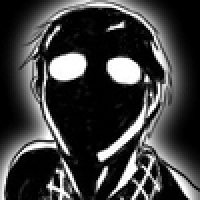 This is where good tunes come in! I have to drive on the motorway everyday to and from work, so boring, I prefer ordinary roads too, sadly motorway can do the commute  in 30 mins on a good day, whereas ordinary roads is 1hr+ minimum.