It is NOT prescribed for a max of 4-6 weeks at all. In its most commonly used form for boosting stamina it is prescribed for 4-6 weeks in "apparently" much higher doses than she was taking. Many medicenes are prescribed for different lengths of time depending on what they are treating and according to her and her team it wasn't to boost stamina.

Personally it sounds like their is enough mitigating evidence to suggest her intention wasn't to cheat so she should probably get a reasonably lenient suspension/fine.

well at least by then serena may be gone :p

Wow! There is not enough facepalm in the world for that.

what else are they going to say, and  yes I should have said the standard prescription is a maximum of 4-6 weeks ,  but there have been doctors who have dismissed her reasons for taking the drug and I'm sure she could find someone to take a different view not that it matters because it all happened in the past. The trouble with these matters is we might never know her reasons for good or ill , even if she was doing it for a performance reason the worst you could say is it might be seen by some as immoral ,  but you definetly couldn't  say she was doing anything  illegal , that changed when she failed this test because once a drug becomes prohibited . how long doesn't matter 20 years or 20 weeks it's all the same  and it has to be that way otherwise you get excuses ans people looking for loop holes. that's why the rule states that each athlete is solely responsible for what goes into there body .

Poklanes links in this thread give a good insight into the drug.

4 years seems unlikely for a drug only recently banned and of what she wasn't taking much of. She claims medical reasons as well right? I think 6 months at most.

Not defending her one way or the other, she and her team could be lieing or telling the truth. But doctors etc that are commenting without even seeing medical reports or a history of working with her are just A holes seeking publicity. Given the circumstances I believe some leniency is appropriate unless the doctors reports etc can be proven to be bogus.

I hate the huge amount of misinformation or so called experts stating opinions as facts. It also isn't the "standard perscription", it is the standard perscription if she was using it for stamina enhancement. The amounts she was supposedly taking are not supposed to provide that sort of benefit either. It is also incredibly easy even if you read the banned list to not realise you are taking a banned substance as they use the chemical names not the brand names. My wife a couple of years ago got caught for steroid use, she was horrified as she would never willingly take anything and she was a gymnast (not international level but still enough to be tested occassionally). It wasn't until much later that she found out it was what a doctor had given her to reduce swelling after minor surgery she underwent after an accident and even though she had the name of the everything the doctor had given her it wasn't obvious it contained banned substances.

This. ^
And also Zika virus hysteria is a sign that someone just don't want the Brazil olympic games to be successful.

She may not know of it, and the medicine could be only for a shorter time use... but her doctor should know. So it is useless cry.

Meldonium was invented in my country Latvia by Ivars Kalviņš 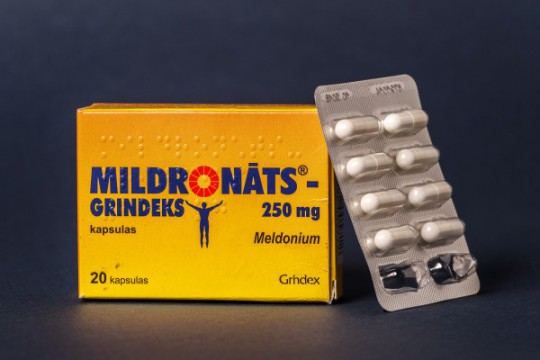