I'm a madman because i ask a simple question to somebody? What the hell is wrong with you? Do you have a hardon for sony and the simple act of acting a question to the guy who runs the numbers on the site hurts your feelings somehow? Honestly, you're irrelevant in this conversation, I'm not asking you anything here. Thank you.

erikers, calm down. No need to go crazy.

And yeah, adjusting numbers is not a crime...we make estimates here...if the 360 numbers were adjusted, it was for the better.

Its funny to see how much tought and work is being put into convince people that sony is and will remain third .Specially since it is only a question of time that the console starts to sell in Japan and that the European numbers start to appear officially and change the view about whats happening .On the other side ,though ,the X360 will never take off in Japan and Europe .Having to read for the months coming until the games appear and the price drops all those sesude analysis about PS3 and PSP demise is sure boring .At least there are some hordes of fanboys out there who enjoy it ....

I don't care what's adjusted, it's a simple question that I asked one person. Not ps4 or anybody else. I figured if he posted those numbers, he doesn't seem to imply they are wrong or anything so i asked the question. When nexgenwars and such is brought he always provides a clear explination of why they are wrong. Do you understand what i'm saying? Don't worry, if he replys at all he'll explain anything he wants about it to me. You don't have to get all up in arms.

well heaven forbid any one of us lowly forum-posters try to explain things to you.

They have their take on the numbers, we have ours. We are obviously about 10k or so out for April (not worth crying about) but apart from that I'm happy. The figures in that article are as of varying dates and so on. I wish people would stop with every time a piece of data is released "Well looks like VG Chartz will have to change their figures" when 95% of the time the data they use as proof is out of date or for some reason invalid. 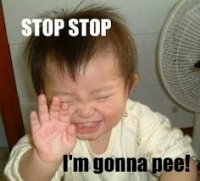 WTF?? Do they have their own numbers?

Great commentary, but I'm going to argue that the PS3 ain’t dead… yet.

First and foremost, I think we should ask 'Why is everyone so critical of Sony?'  And the reason is simple -- arrogance.  Sony has been top dog for a long time and grew way too confident for its own good.  This behavior turned many people against the company and those people are now reveling in Sony's misfortunes.  It's easier and a heck of a lot more fun to cheer for the underdog when they beat the ‘jerks’ in first place.  Most believed the Wii would come in third place in a tightly contested console war.  So six months into the current console war, it appears that the ‘little console that could’ has a good chance of becoming the number one seller this generation.  The PlayStation 3, on the other hand, has disappointed most by not having the same success as its predecessor -- the PS2.

The PS3s has sold about 3M consoles in six months.  How many Xbox 360s were sold by this same time last year?  About three million.  Don't believe me?  Check out the chart:

(FYI - It's missing European numbers but should be updated by the weekend.  I'll remove this comment once that has happened.)

Comparing the launches side by side, the first six months don't appear so bad for Sony.  Yes, the 360 was still a bit supply constrained at this time last year, but it was getting much easier to find one.  And I remember the complaints about the lack of game releases back then too.  So all in all, it looks like Sony is experiencing some similar problems Microsoft had a year ago.  Unlike the 360, however, PS3 doesn’t have the luxury of time on its side.  And the trend towards drastically lower sales is a growing concern.  But does this mean the console has no hope?  Not at all.

There are good games coming this year.  They may not be as big as MGS4 of FFXIII, but many of them are bound to sell systems.  And Home may actually trump Live if Sony can deliver everything they’ve promised.  Of course we’re still talking about ‘later’ and ‘promises’.  Sony is doing as much as it can to make the PS3 the best it can be.  But for a company who proudly proclaimed that the next generation of home consoles starts when they say it does, it’s frustrating that we’re still waiting six months after they launched for them to get their act together.

While a PS3 game may cost $10M to make, I bet a PS3/Xbox 360 game probably only costs a million or two more.  Console exclusives don’t make sense for most third parties -- not even 360 exclusives (unless they’re getting paid by Microsoft).  So even if the PS3 version of a game only sells about 50K to 100K copies, the cost of porting it over has been covered and then some.  The PS3 may lose a few exclusives, but I doubt that they’ll lose too many good titles to the 360 exclusively.

The biggest thing that is getting lost in today’s equation is the PS2.  It’s still a very dominant platform and will continue to affect game sales throughout 2007 and into early 2008.  Given the success of the Wii, I think that there will be a long list of games that come out for both consoles since they’re more closely aligned than the other two.  And every time a PS2 is sold, it’s unlikely that that same household is purchasing any other systems that year.  And that’s a win for Sony.  The PS2 is profitable, helps cement brand loyalty, and keeps you from owning a 360 or a Wii.  The longer consumers wait, they better things may get for Sony (cheaper production costs, more games, finalized online services, etc.).

The PS3 will remain in third place this year and into next.  Sony admitted that when they announced they would be making approximately 11M PS3s over the next twelve months.  Assuming all of those were sold, that would give the system an installed base of about 16.5M.  It looks fairly safe to assume that Nintendo will sell all 14M Wiis that they’ll make this year (though I bet the company will continue to increase supplies and up sales guidance after each quarterly report).  But with that conservative estimate, that would give the Wii almost 20M users.  And with 11M Xbox 360s already made and a slew more to be ready for a strong holiday lineup of games, I’m sure we’ll see Microsoft easily top Sony’s total shipment numbers by a couple of million.

In the end, this console generation is going to be one of the closest yet.  Each system is marching to the beat of very different drummers and there are a lot of unknowns out there.  It’s going to be fun to watch how this all unfolds in the months and years to come.  And, yes, all three companies are going to be in this for the long haul.


Numbers are like people. Torture them enough and you can get them to say anything you want.