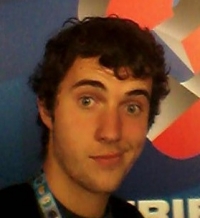 Will do terribly unless it's $149 or cheaper.

New controller. Yes it's a portable, but it also has a new controller for home play. Possibly the controller can also be used on the fly.

Custom Nintendo OS, but runs a Android back end so Android apps can be ported very quickly, they can only be autorized by Nintendo, however, who gets a nice royalty fee surcharge on each download.

$249.99 MSRP. Same launch price as the Wii, except you're getting a home console and a portable all in one.

But I get the feeling Nintendo will go even cheaper on the GPU/RAM unfortuantely.

You know alienware is doing some interesting stuff where you can take one of their laptops and plug it into a graphics amplifier to create a desktop experience. Maybe the hub or port that you plug the handheld in it will allow you to beef up the graphics a bit such as higher resolution more foliage and some other stuff. LIke they will build the base game for the handheld and upgrade the graphics through that. Who knows? Even what I have said, though I think it is based on good sources, is still just speculation at the end of the day, until they actually make a formal announcement about the system. 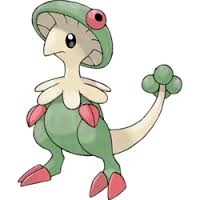 Actually it seems to be a portable console... there are android rumors, Iwata said that Nintendo will continue making Wii U games after the NX, there was a guy who worked on a mobile windows OS that is working on NX, and its gonna be less powerful than the PS4, and the 3ds is 6 years old....  Everything seems to be pointing in the direction of the NX being a portable.

Edit: it still could be a hybrid.

There was also this job listing from Nintendo looking for a lead engineer for their next-gen hardware, note is specifically says that

"Low power and SoC design experience would be a plus"

That hints strongly at a mobile system on chip.

Let's think about how to mess this up.

NX will be released as a handheld with with 540p screen and Tegra3 chipset for 250$. This device will be too weak to connect to a TV, so we need a dedicated home console and Nintendo overclocks the WiiU to 1.5x the power (like Gamcube to Wii), because it worked so well in the past. Home console will be 350$. Cross releases will take month, if at all, and you have to buy both versions. The WiiU will be discontinued except for some shovelware to milk the remaining customers. Amiboos everywhere.

The problem of having different platforms, or form factors as Iwata calls them, sharing content thanks to a unified OS is that it reduces the performance of those platforms. That OS ads an extra layer between the hardware and the software like DirectX has been doing on PC for years, and look how happy developers are to finally see that layer being extremely reduced with DX12 and Vulkan. Even Apple has realized this and is working on its own way to do this with Metal.

Nintendo is new when trying to do this things, do you think they'll be able to make those two steps (the unified OS and the low level API) in one go when other companies with more experience and more resources couldn't do it?

I agree, or something similar with ARM CPU that is more capable and simpler than Wii U CPU.

I only don't agree about new controller, because you already have controls being portable and home console in one and Nintendo will want to have most affordable price. But we have controller that can be bought separate, maybe even Wii U Pro controller support.

I thought about a potential NX home console and until now I just couldn't see an open market for it. The power market is set by the PS4 (and PC), the casual market by smartphones, etc. Even the XB1 is struggling to find an audience in between. The market seems cramped.


Now the one place that Nintendo still could go is low price. A 150$ Nintendo box, later down to 99$. The price is the gimmick.

No optical drive, just download (maybe cards like 3DS). The WiiU remains the disc based option for some years.

Standard controller with Amiibo support but no screen.

Limited BC though the VC for well selling classics.

another nintendo console to skip