It's certainly going to sell 60 Million, but the problem here is definitely if it's going to outsell the GBA or not. The GBA is technically the lowest selling Nintendo Handheld ever, and a downward trend in Nintendo's best-selling platform is not a good thing.

It's currently at around 43M units sold and it's on track to sell 7.5m-8m units this year which would put it at around 50M units and we know how quickly Nintendo handhelds decline in terms of sales once they announce the successor which you can definetly expect them to do in 2015. So where are they going to get these other 10million units sales? If it sells 8m units this year, then you can definetly expect it to sell no more then 5m units in 2015 and then it's going to crash and burn from there in terms of sales.

EDIT: The only way that I can see them changing the sales trajectory for 3ds is with a superior redesign that could justify an upgrade for current owners and that could potentially reach to the consumers who weren't interested in the 3ds family.

Well, for one, I expect it to outpace your prediction for 2014 sales due to it most likely being extremely back-loaded with most of it's games coming in the next few months rather than spread throughout the year like last year. I also expect Nintendo to announce a re-design, which you say is the only way to change it's fate.

If Nintendo is able to have a good release schedule for next year while also securing much needed exclusives like Dragon Quest XI then it should be able to surpass your highest prediction of 60 Million for sure.

I completely disagree that they are definetly going to announce a successor in 2015, why would they? In their market they are #1 and it was not long ago they brought the current system into profitability, expect 3 more years out of the 3ds before you hear a whisper of a successor

They will give up on consoles before they give up on the handheld. That's the hill they will die on if it ever comes to that.

That said I think you will be able to share TV/"console" games on the handheld next gen. 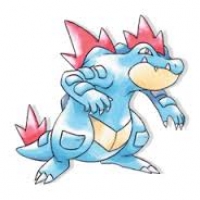 Everyone keeps saying how poorly the 3DS is selling, but over 40 million units sold is an incredible number.
It just looks bad compared to the DS, but no current console will sell more than the DS or PS2, or even the Wii.

I'm hoping for a new handheld that allows me to play handheld games on the tv via the wii u and perhaps even utilise this feature in local muliplayer. I would buy more 3ds games (And I already have a lot) if I could also play them on the TV.

I don't know if this would have to be a video stream to the wii u or if there's any way of capitalising on the wii u's power to transmit information needed for the wii u to render it in hd.

If the handheld games were just wii u compatible and handheld downloads were cross purchase it would work for me. 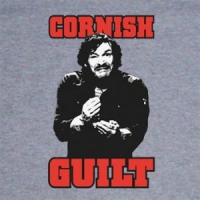 As a couple of people above have already mentioned, the next logical step for Nintendo in my opinion is to bring together their handheld and TV console platform and release a fusion device. I.e. a fully portable gamepad (albeit sleeker and a bit smaller) that is HD, and can be played through the TV as well as via some kind of dongle. I expect Nintendo will leverage the technology they've developed with the Wii U and gamepad to provide a low latency experience (just in the opposite direction, from handheld to TV), and release a console with a similar level of power to the Wii U in maybe late 2016/early 2017.

I think they really need to do this in order to pool their resources, rather than split them between the handheld console and TV one, as they are now. This is crucial really, due to the lack of 3rd party support.

There are two issues that Nintendo will have to overcome though. The first is price- can they release that type of device at a consumer-friendly price point? It could be difficult. The second issue is backwards compatibility. Traditionally, Nintendo have been strong on this, compared to Sony and Microsoft. But, with the Wii U being disc-based, and most consumers still buying physical games at this point, how this will be done I don't know.

What I do know though is that I would buy it day one.

Course they will. Their home consoles are failing so handheld only may be the future for them.