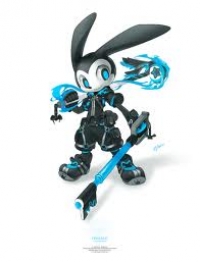 Soooooooo.....It hasn't been  that long.I really don't know how many people here have had the time to beat DS2. I haven't even bought it yet.( only two days left)

But I'm curious to see what you people think about these games.

1)Which is your favourite?

3)which of the 3 have you played and in what order?

Personally I like Dark Souls more than Demon's but I've played DS first and DsS second so I was almost certain that I wouldn't like it as much.

ALSO,PLEASE TRY NOT TO SPOIL ME THINGS.

I can't choose a favourite one. They're all amazing. Perhaps I'll go with Dark Souls 1 on this one.

Because it was the first Souls game I've played (Demon's isn't on 360), and it struck me how amazing the game is. Also, Dark has the best bosses out of the bunch, and the fact that the map is entirely connected instead of a hub makes it amazing too.

What's the problem with DS1? The story. The story is the worst one, considering the lore is amazing. The ending is just an insult to the player, despite the implications of it.

Demon's Souls has some charm on it. Something that isn't present on Dark Souls games. Maybe because it was more about the Demons and less about the Souls, or...I don't know (some boss battles were horrible though). Despite what I said about the map, I really loved the hub as well (That's why Dark Souls 2 is ace, it combines both things of the maps of Demon's/Dark). And the atmosphere was heavy. Also, it had more difficult spikes than Dark Souls 2.

So really, I can't choose. I'm going with Dark Souls 1 this time, but maybe in the future when I replay Dark Souls 2 or Demon's Souls they'll get the crown again.

I still have ways to go on Dark Souls 2 and I have about 40 hours. But so far the best one is still Dark Souls. My opinion might change though!

None! I'm not manly enough to face my way through them :P

Demon's Souls for me, but I should note have not played Dark Souls II yet.

Mainly because in this current climate of gaming it really stuck out as a throwback in tone. At first it was punishingly brutally difficult, then you realize have to rewire brain back to old days of memorizing patterns, being patient and picking moments.

I don't think any sequel will recapture fully the original's appeal as it came out of left field as such a refreshing game.

I've only played Demon Souls so my opinion doesn't count but its my favorite. I plan to pick up Dark Souls eventually...too many games @.@

Didn't play DS but Demon Souls I really enjoyed. I don't think I will enjoy more of the 'same' though. But who knows...

They're all incredible. I do miss the Nexus from Demon's Soul though.

Nexus can't be touched... environment and atmosphere are denser and impacting.

Dark souls 2 refined so many things on the gameplay aspect that made it more enjoying to me. I liek all 3 kinda equaly but the gameplay improvements on DS2 make it the best one imo.