Its close but I think Genwummer cause every damn Pokemon game, they whine and whine about how bad the new Pokemon games are and how great the original was... Move on twats, the new games are awesome too, specially X and Y...

By implying there is something wrong with liking a certain (popular) game over others.

You are implying that these fanbases are bad, so yeah you are. 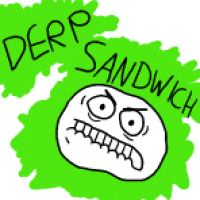 Genwunners. It's okay to not get into the newer games or whatever, but denying that at least Gold and Silver were a vast improvement to the series is just dumb. Every last thing about those games was better, including the Pokemon designs. While they had nothing quite as dumb as an ice cream cone, Red and Blue were filled with really dumb, lazy designs.

Nostalgia goggles, man. Some people have them permanently glued to their faces.

They are though -_- Liking FFVII or Gen 1 Pokemon dosent mean you are apart of the fanbases Im talking about (Crazy Diehards and Genwunners). You can like FFVII and not bitch and moan everytime an FF announcement is made that isnt 7 related, you can like Gen 1 and ignore the new games rather than bitching on forums about how shit the new games are compared to Gen 1 every day. If that is you then Im not talking about you. If you are however one of those annoying fucks then yes you are apart of a terrible fucking fanbase that makes the rest of the people who like the game look bad

I see. Well, those people are just well... impossible to please, lets say. I dont think a particular game defines them, but its just the type of person they are. These same people will probably have the same opinion about every series and movie.

As an FFVII fan, I will go with the FFVII die hards because of them there are a lot of FFVII haters and I can't say anything about good about FFVII without being attacked by the haters and a lot of those haters only really started hating on the game because of the die hards. It's a vicious cycle, I tell ya.

Ive never seen so many fans of FFVII discredit other Final Fantasy games, actually I have seen more "hipsters" hating on FFVII with the overrated thing(which could be true, but it seems it comes from the fact that they hate that its more popular than their favorite one)

The pokemon statement is true though, I dont hate those people but I could undestand why a diehard pokemon fan would